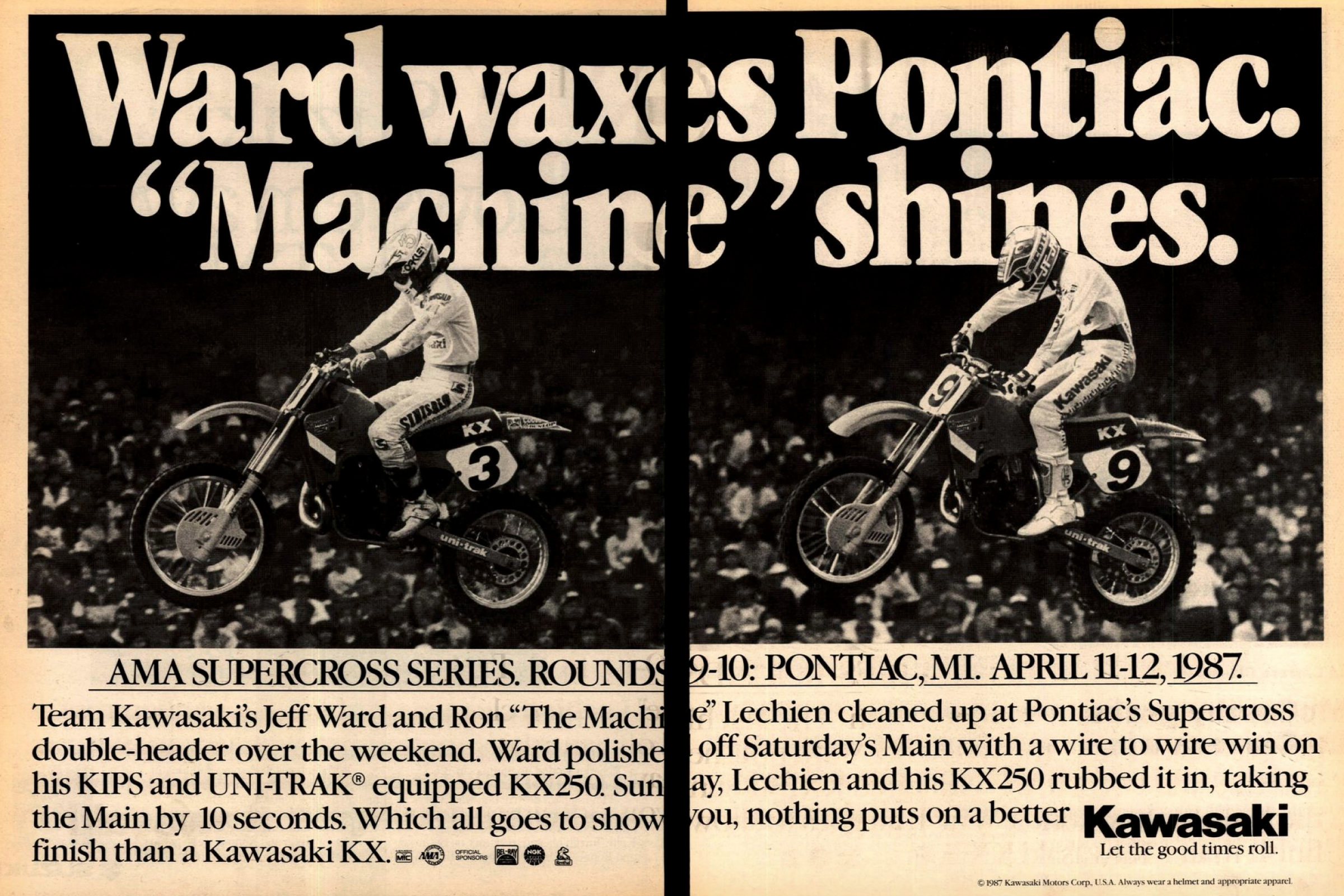 On This Day in Moto April 11

Fastrack Motocross Park outside Phoenix was the site of the second round of the 1976 AMA 250 National Motocross Championship, and the overall winner was Kawasaki rider Jimmy Weinert. He was followed by defending series champion Tony DiStefano of Team Suzuki, Honda's Rich Eierstedt, Suzuki rider Steve Stackable, and Maico-mounted Gaylon Mosier.

The NMA World Mini Grand Prix Motocross Championship, otherwise known as Cyclerama, was in full swing at Saddleback Park, and the big winner was Arizona's Troy Blake and California's Mouse McCoy. Blake, a future Yamaha factory rider, won the Yamaha Race of Champions, in which a bunch of top senior minicycle racers all competed on identical YZ80s. Among his competitors were future FIM 125cc World Motocross Champion Bob Moore, future pro Danny Storbeck, and R&D Racing factory Suzuki rider Bruce Bunch. McCoy would top the Junior Minicycle Race of Champions, where all of the kids were aboard Yamaha YZ60s. Among his competitors were future pros (and future All-Japan Champions) Ronnie Tichenor and Kyle Lewis.

On the first night of the Pontiac Silverdome doubleheader in Michigan, Kawasaki's Jeff Ward took the main event win over Yamaha riders Keith Bowen and Jeff Leisk. More importantly, series points leader Rick Johnson of Team Honda damaged three of his fingers in a heat race crash and was done not only for the night, but for what might have been a second straight title.

It was another opening night at the Pontiac Silverdome, and the winner of the 250 class was Damon Bradshaw of Team Yamaha. Michigan's own Jeff Stanton, Bradshaw's title rival, placed second, with Suzuki's Guy Cooper third.

In the 125 class, Suzuki-mounted Brian Swink, another member of the Michigan Mafia, got the win ahead of Peak Honda's Mike Brown and DGY Yamaha rider Jimmy Button.