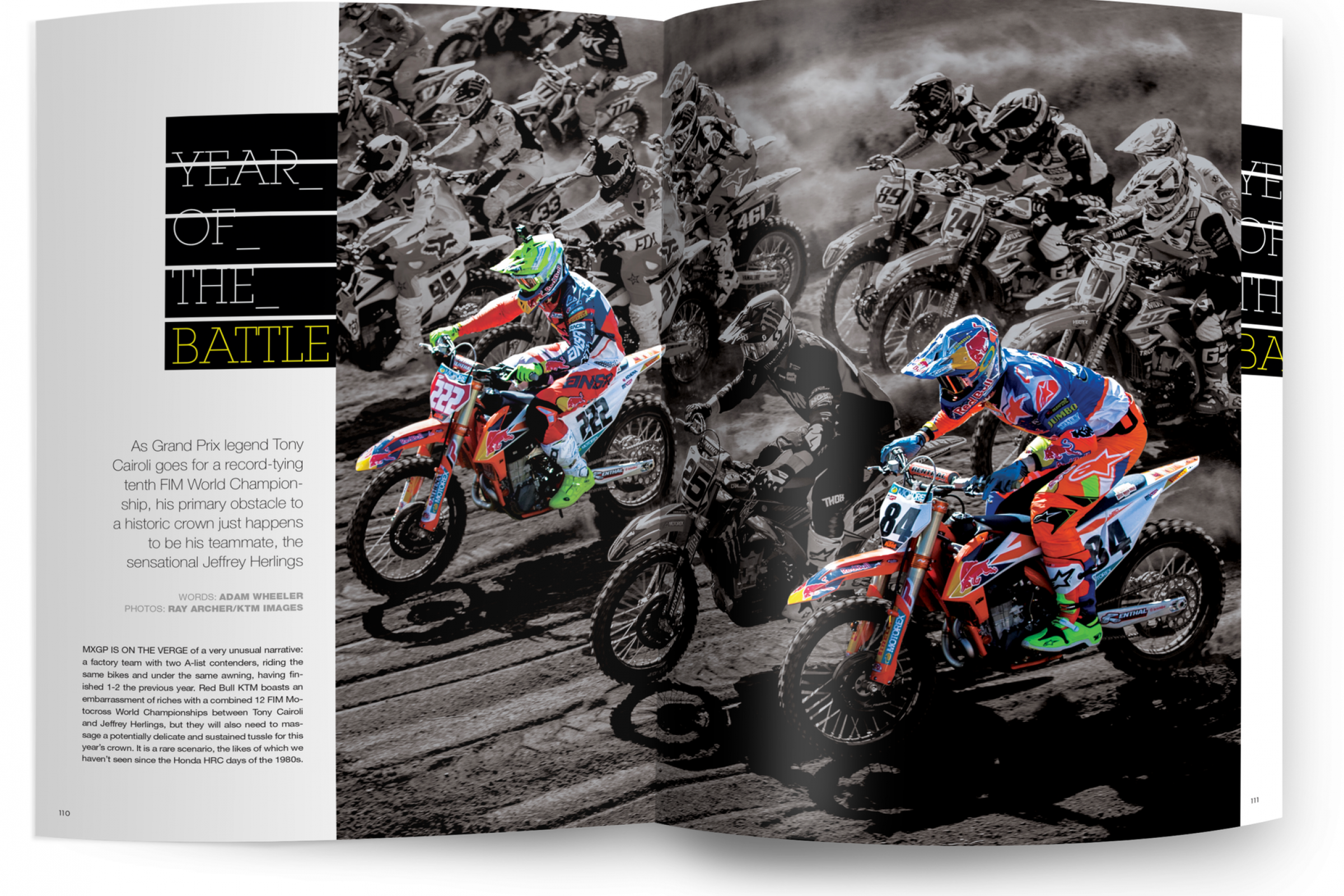 In the Mag, The Year of the Battle

Pick up your copy now and read about the Daytona Supercross' new role as the industry's backyard race and the resurgence of amateur supercross. Also learn why Eddie Hicks' legendary amateur career never carried over to the pros, as well as the freshly rebranded flat track scene.

MXGP is currently quenching its thirst for a duel that was hyped and expected back in 2015, when a certain RV2 decided to cross that wide sea and attempt the FIM Motocross World Championship. The young 2018 campaign is in the grip of Red Bull KTM, and the ring features two of the biggest hitters in MXGP this decade.

In one corner is three-time MX2 title-winning starlet Jeffrey Herlings. The 23-year-old classified second in 2017, his maiden term on the 450 SX-F, and also ruled the Ironman National in Lucas Oil Pro Motocross. In the other (and on the other side of the awning) is nine-time world champ Tony Cairoli, a modern-era legend of the sport at 32 years of age who thundered back to prominence last year and stands on the edge of eclipsing Stefan Everts’ immense records of crowns and victories. Both riders are slugging it out already this year, both have been factory orange for the same amount of time, and both have another two years on their contracts to go.

The premier class of Grand Prix Motocross has rarely seen two formidable athletes square off like this with the same motorcycle and in the confines of the same team, so we asked the people around #84 and #222 how the story could unfold and how a potentially awkward dynamic for the Austrian works setup will be handled.

All that and more in the June issue of Racer X Illustrated. Subscribe today.