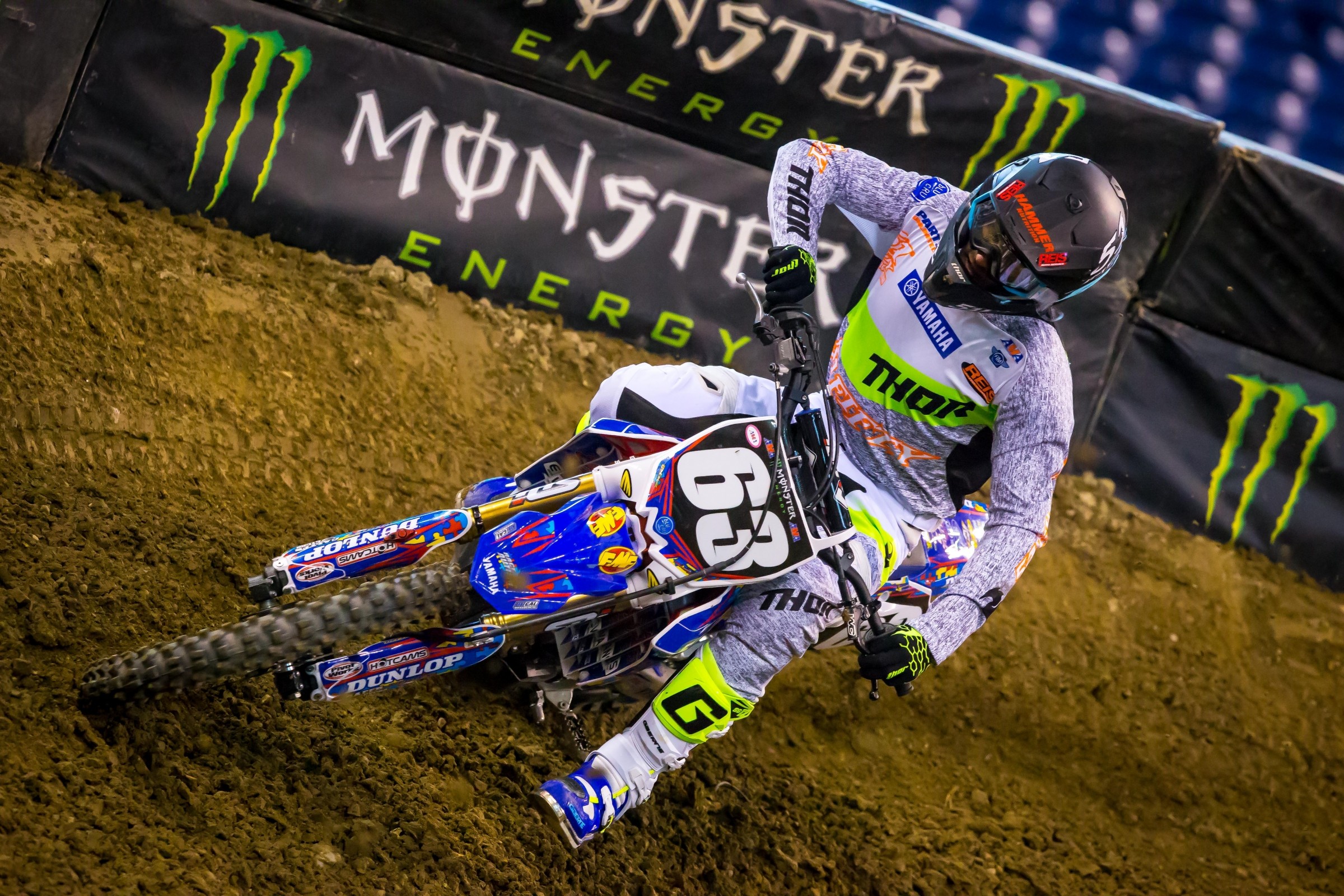 Comment: Barcia was hoping to get back to racing in Seattle after breaking his hand in Arlington, but his return has been pushed back to Salt Lake City.

Comment: Bisceglia broke his hand in Atlanta and is still “a few weeks” away from coming back.

Comment: Bogle is eyeing a return to racing at the beginning of the Lucas Oil Pro Motocross Championship. He is currently recovering from a broken humerus and a small fracture in his L2 vertebrae suffered in San Diego.

Comment: Cunningham has been racing with a fractured tailbone suffered in St. Louis. He’s in for Seattle.

Comment: Enticknap broke his pelvis in three places while practicing. He’s on the mend, but it’s going to be a long time before he lines up for another race.

Comment: Grant is currently out after fracturing his right leg in Arlington, but recently posted on Instagram that he’s almost ready to get back on the bike.

Comment: Martinez is out for the season after sustaining a split depression plateau fracture of his tibia and tearing "something in his knee" in Daytona.

Comment: Noren is healing up after tearing a ligament in his hand. He’s out for the year and will use the time to recover from some additional problems in his knee.

Comment: Ray will return to racing in Seattle after rupturing his patella tendon during practice in February.

Comment: Roczen is working on being ready for the Lucas Oil Pro Motocross Championship after shattering his hand, dislocating metacarpals, and tearing ligaments in his hand in San Diego. He could begin riding as soon as April 16.

Comment: Tedder ended up with a Staph infection after taking a footpeg to the shin in Atlanta. He had surgery to have the wound cleaned out. He’d hoped to be back for Seattle, but we were told the chances of that are “not good” and that he’d be riding today (Thursday) for the first time in three weeks.

Comment: Seely is out for the season with a fractured sacrum and pelvis suffered in Tampa. He posted on Instagram earlier this week that he’d be able to start walking again in two weeks.

Comment: Tapia broke his pelvis and sustained fractures to his L3 and L4 vertebrae during qualifying in Indianapolis. He also had some internal bleeding, which fortunately stopped following surgery. To donate to his Road 2 Recovery fund, go here.

Comment: Weimer is looking at coming back for the final two rounds after breaking his wrist and two metacarpals on top of his hand in San Diego.

Comment: Ames broke his femur in Arlington and is out for the season.

Comment: Cooper had hoped to be back for Seattle after breaking nine ribs, hurting his shoulder, and sustaining a concussion in Houston, but is now looking to return at Hangtown.

Comment: Davalos has been fighting issues all season that stem from a crash in Arlington. After crashing out at St. Louis, the decision was made to sit out until he’s 100 percent again. An exact return date has yet to be determined.

Comment: Decotis is expected to start riding again in May after a crash in Daytona let him with some fractured ribs and his L2 and L3 vertebrae.

Comment: Hampshire sustained fractures to his T3 and T4 vertebrae, fractured ribs, and some “small punctures/lacerations to the lungs” in Daytona. He’s looking at a return for Lucas Oil Pro Motocross.

Comment: Hill will be back on the 250 in Seattle after breaking his toe in the 450SX class in Atlanta.

Comment: Hoeft underwent surgery after breaking both feet in San Diego. He’s out for Seattle.

Comment: Martin was hoping to get back to racing before the end of supercross after hurting his wrist in San Diego, but after learning he’d fractured it (it was originally thought to be sprained), the decision was made to focus on getting ready for Lucas Oil Pro Motocross.

Comment: In Atlanta, McAdoo reinjured a fractured hand sustained at Arlington. The team wants him to take the necessary time to heal properly.

Comment: Mellross dislocated his shoulder in Indianapolis, but he’s been rehabbing it and was able to get back on the bike earlier this week. He's in for Seattle.

Comment: Nichols will miss the remainder of Monster Energy Supercross after breaking his humerus while practicing.

Comment: Oldenburg hasn’t raced since crashing hard in Oakland, but is hoping to get back behind the gate in Seattle.

Comment: Taft suffered a concussion while moonlighting in the 450SX class in St. Louis. His team hoped he’d be back for Seattle, but it didn’t work out.