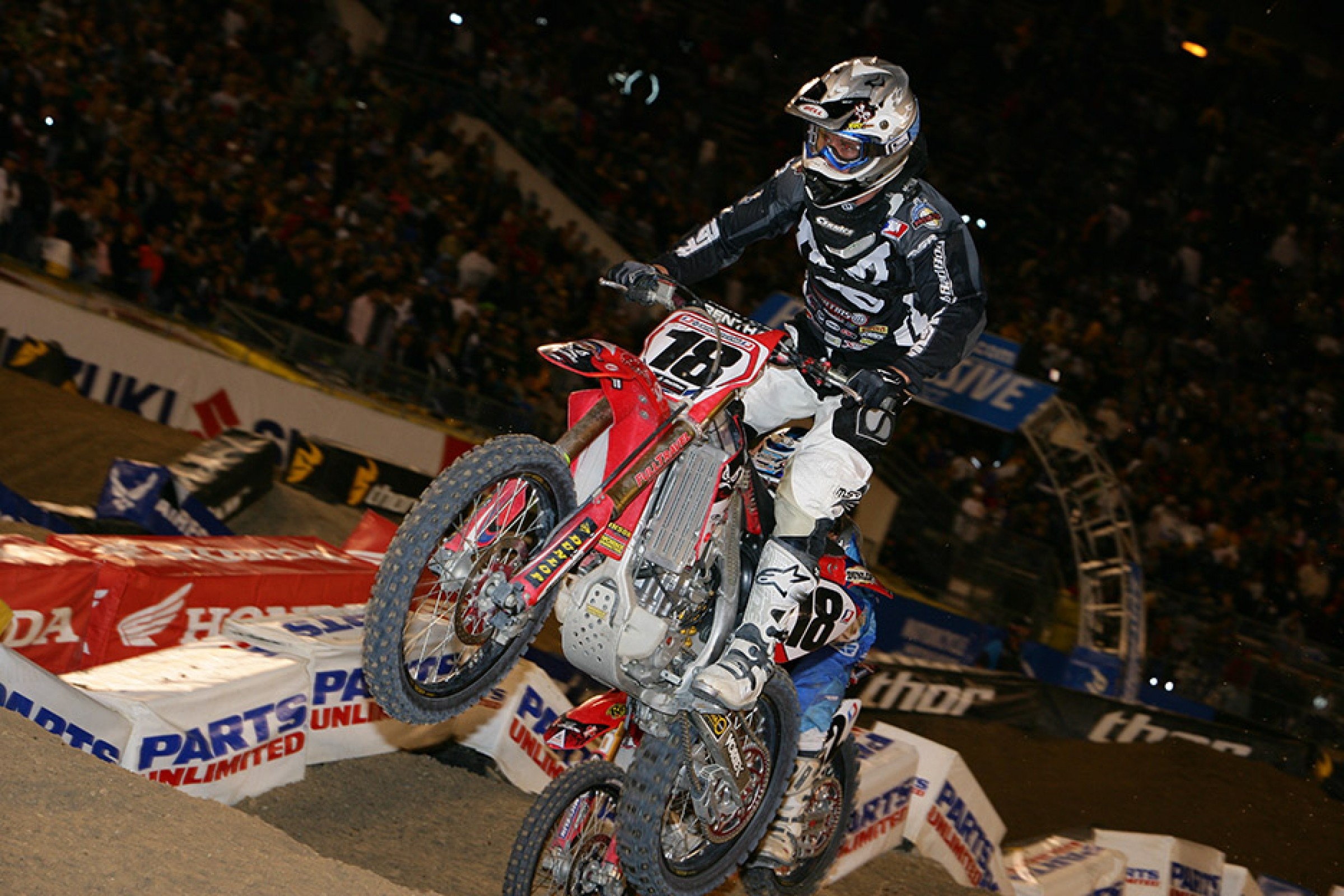 On This Day in Moto April 3

In the 125 class, Kawasaki's James Stewart was the winner on a KX125 ahead of the Yamaha YZ250F of Josh Hansen and Suzuki-mounted Davi Millsaps.

In the 125 class, Team Honda's Doug Henry took the win over a pair of Yamaha riders, Tim Ferry and Chad Pederson. Kawasaki Team Green's Davey Yezek and Josh Steele were fourth and fifth.

The second night of the Pontiac SX went off with the same winner as the first night, Bob Hannah. The rest of the top five were Tony DiStefano, Jimmy Ellis, the late Gaylon Mosier, and Kent Howerton. If you're keeping score at home, that means a Yamaha, a Suzuki, Can-Am, Maico, and Husqvarna, in that order. And further back in the pack, Marty Smith was on a Honda, Don Kudalski was on a Penton, Ken Zhart was on a Bultaco, and Terry Clark was on a Kawasaki.