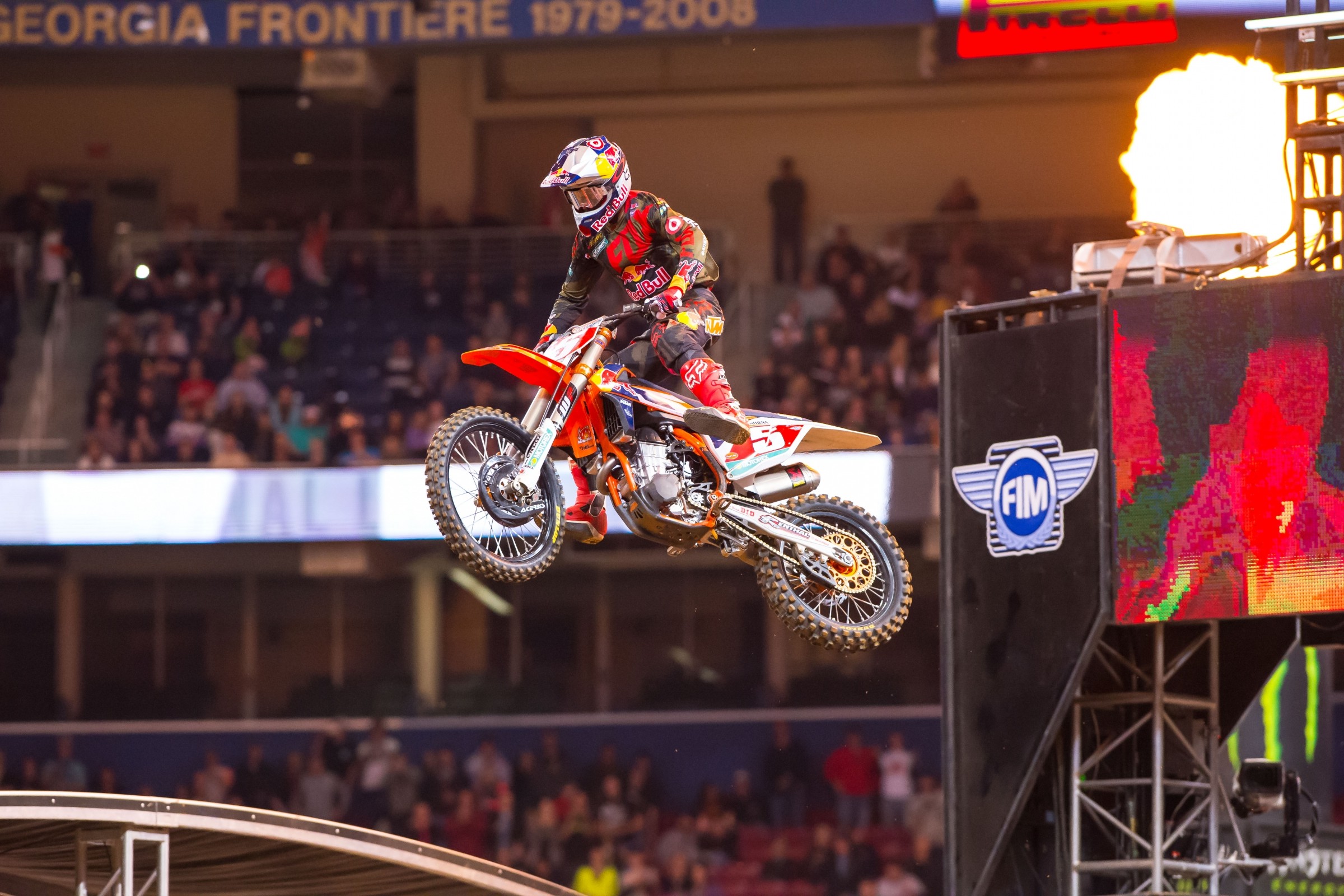 On This Day in Moto March 28

The AMA Pro Motocross Championships kicked off at a muddy Hangtown Classic, and Yamaha's 17-year-old Rick Johnson, a rookie to the 250 Class, takes the overall win—the first of what will be an AMA Motorcycle Hall of Fame career. Riding a production-based YZ250, RJ topped Suzuki rider Warren Reid and Yamaha-mounted Scott Burnworth.

In the 125 Class, reigning two-time AMA 125 National Champion Mark Barnett started off with another win on his Suzuki, with Honda factory riders Johnny O'Mara and Jim Gibson second and third.

Red Bull KTM’s Ryan Dungey led all 20 laps of the 450SX main event in St. Louis to capture his sixth win of the season over GEICO Honda’s Eli Tomac and Jason Anderson.

James Stewart won round 13 of AMA Supercross in Toronto to narrow the points deficit to Chad Reed, who finished second that night, to eight points. Josh Hill grabbed his first podium of the season with a third.

Kevin Windham picked up his second win of the 1998 season with a victory in St. Louis. Ezra Lusk and Mike LaRocco rounded out the 250 podium that night. Jeremy McGrath finished fourth.

Ricky Carmichael continued his perfect start to the 125 East Region with a sixth straight win. Brock Sellards took second ahead of Robbie Skaggs. Nick Wey and Shaun Perolio rounded out the top five.

Jean-Michel Bayle picked up his second win of the 1992 season with a victory in Tampa over Jeff Stanton and Guy Cooper. Damon Bradshaw and Jeremy McGrath would finish fourth and fifth, respectively.

In the 125 class, Brain Swink took the win over Jimmy Button and Chad Pederson.