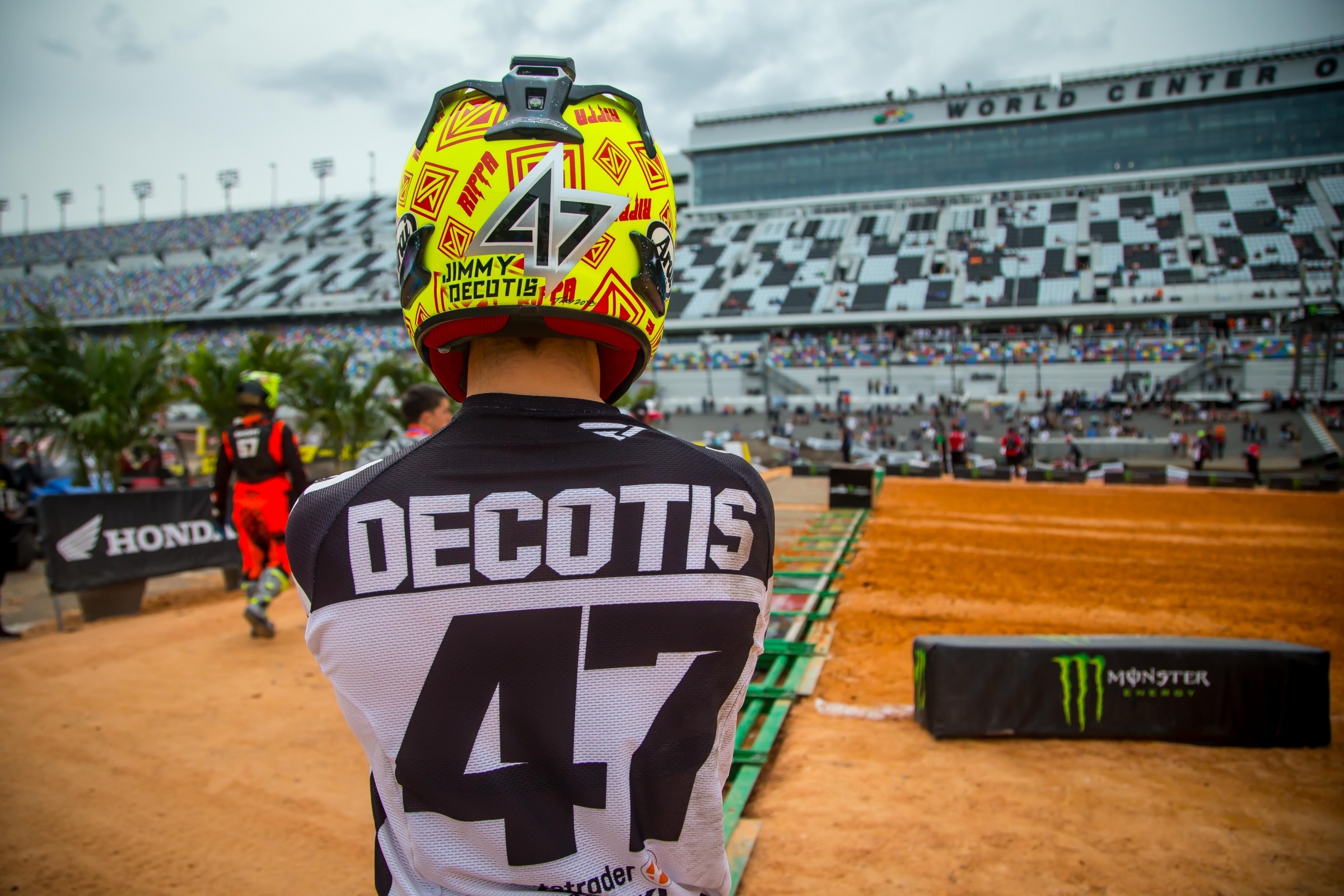 Comment: Barcia broke his hand in Arlington. He underwent surgery and is hoping to get back to racing before the end of the season.

Comment: Bisceglia is out after breaking his hand in Atlanta.

Comment: Bogle is eyeing a return to racing for Lucas Oil Pro Motocross after breaking his humerus and sustaining a small fracture in his L2 vertebrae in San Diego.

Comment: Enticknap is out for the foreseeable future after breaking his pelvis in a practice crash.

Comment: Grant is currently recovering from a fractured right leg suffered in Arlington. Currently, there is no specified date for his return.

Comment: Hansen hasn’t raced Monster Energy Supercross in 2018 after breaking his foot at the Monster Energy Cup. It’s not clear when he’ll return to racing at this point.

Comment: Noren is out for the year with a torn ligament in his hand that caused several bones to rotate. He’s also using the time to deal with some ligament problems in his knee.

Comment: Ray is hoping to return for the final three rounds of Monster Energy Supercross after dislocating his wrist and rupturing his patella tendon during practice.

Comment: Roczen underwent surgery to repair a shattered hand, dislocated metacarpals, and torn ligaments in his hand after a close encounter with Cooper Webb’s rear wheel in San Diego. He’s looking at a return to racing for the Lucas Oil Pro Motocross Championship.

Comment: Seely is out for the rest of supercross after crashing hard in Tampa. He fractured his sacrum (a triangular bone in the lower back formed from fused vertebrae and situated between the two hipbones of the pelvis) in multiple places and fractured his pelvis on the left and right side.

JIMMY DECOTIS – BACK, RIBS | OUT

Comment: Decotis had a big crash in Daytona and fractured some ribs and his L2 ad L3 vertebrae. It’s unclear when he’ll be able to get back to racing, but on Instagram Decotis stated, “The Rippa will be back don't you worry....”

Comment: Ferrandis broke his arm and several teeth in Atlanta after clipping a Tuff Block as he was about to launch a triple. It’s unlikely he’ll be back for any supercross.

Comment: Hampshire had a scary crash in Daytona, sustaining fractures to his T3 and T4 vertebrae, fractured ribs, and some “small punctures/lacerations to the lungs.” The good news? Surgery is not required. The bad news? He’s out for the rest of Monster Energy Supercross.

Comment: Hill broke his toe while racing a 450 in Atlanta. He’s expected to be back for Indianapolis.

Comment: Martin sprained his wrist in San Diego and was unable to race the main event. He hopes to be back for the next 250SX West Region race.

Comment: Oldenburg missed San Diego after a hard crash at Oakland. He’s working on being ready when the 250SX West Region resumes.

Comment: Wharton was originally scheduled to return to racing for the start of the 250SX East Region, but his comeback was delayed by a practice crash. He’s currently preparing for the final few rounds of the 250SX West Region.