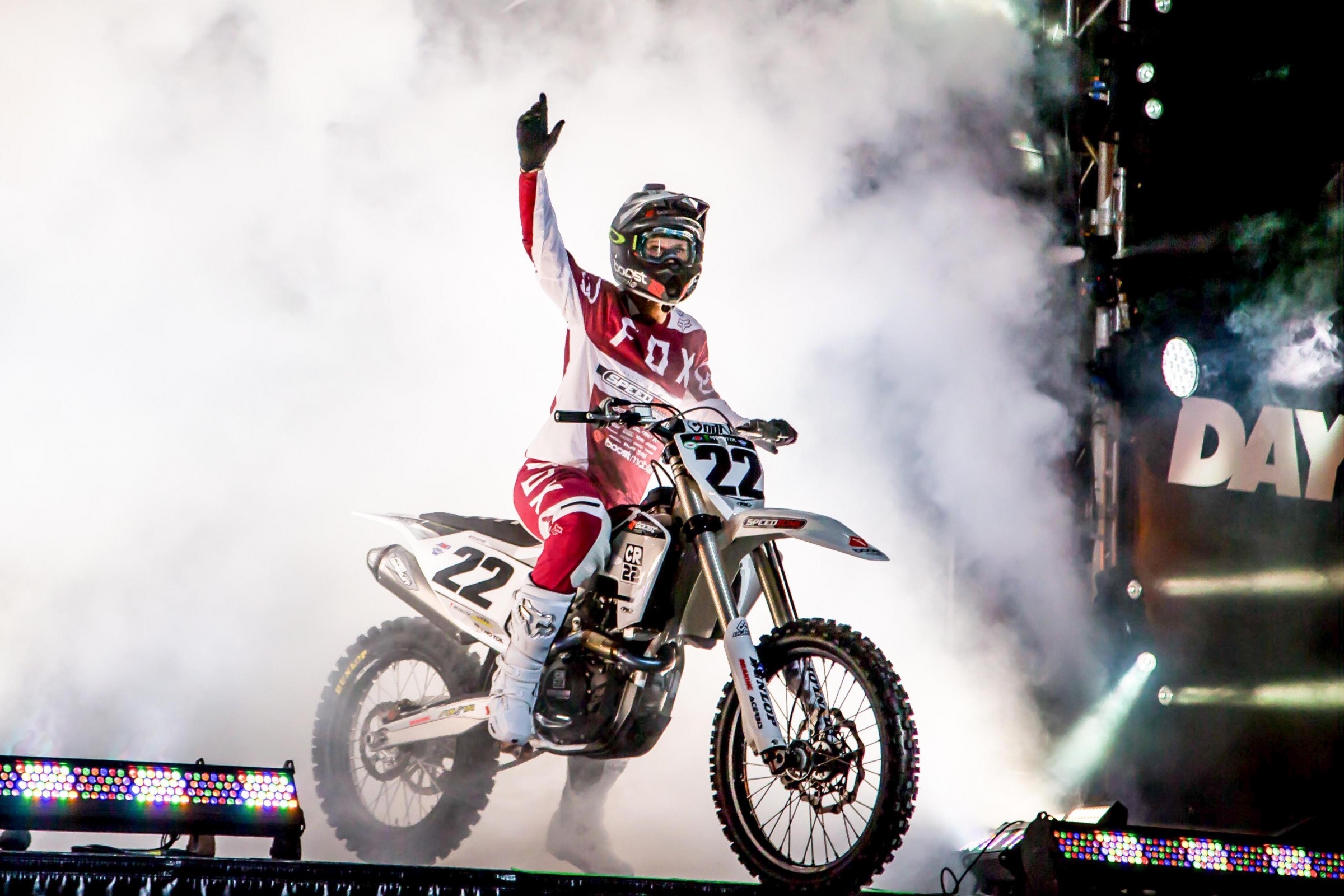 On This Day in Moto March 15

Chad Reed was born in Kurri Kurri, Australia, not far from where future road racing legend Casey Stoner was born. Reed found his way into dirt bikes and by the late nineties was one of Australia's most promising young riders. But he wanted more—much more. He found a ride in Europe and finished second in the 2001 250cc FIM Motocross World Championship. One year later, he moved to America with Yamaha of Troy and became the 125cc AMA Supercross East Region Champion. By 2004, it had become apparent to all that Reed's supercross skills were extraordinary, and he claimed that year's AMA Supercross Championship for Team Yamaha. He regularly slugged it out with Ricky Carmichael and James Stewart, won the 2008 AMA Supercross Championship, then the 2009 450 Lucas Oil Pro Motocross Championship. By then he was battling with next-gen superstars Ryan Villopoto and Ryan Dungey, and then kept going even after those guys were done. Now Chad Reed owns the all-time record for AMA Supercross main event starts and podiums, and he's still going strong on the #22 Husqvarna. Not bad for a kid from Kurri Kurri.

Yoshimura Suzuki rider James Stewart began what may turn out to be the last great run of his career as he won the Detroit Supercross for his first of three straight wins—the last three wins in the record books right now for Stewart. The Detroit win gave him 48 in his career, tying him for second of all time alongside Ricky Carmichael—but only for one week. Reigning three-time champion (and soon to be four-time champion) Ryan Villopoto finished second, and Red Bull KTM's Ryan Dungey was third.

After getting blindsided by red-hot rookie Trey Canard for the first three rounds of the Lites SX East Region, Monster Energy/Pro Circuit Kawasaki's Ryan Villopoto finally put a win on the board at the fourth round of the series in Minneapolis. GEICO Honda's Josh Grant and KTM rider Martin Davalos rounded out the podium while points leader Canard finished fourth, his first loss ever in supercross after his stunning start.

In 450SX, Josh Hill put in the ride of his life to become one of the few riders since the mid-eighties to win a premier-class supercross without ever having won a Lites race—something we saw Justin Brayton do just last Saturday night in Daytona. Riding for the Yamaha factory team, Hill put in an excellent ride to top another up-and-comer in Rockstar/Makita Suzuki's Ryan Dungey. Honda riders Kevin Windham and Andrew Short were next in the results.

Jeremy McGrath finally got comfortable enough on the Suzuki RM250 he'd switched over to late in the off-season to win his first race of 1997 in the Minneapolis Metrodome. McGrath, the four-time series champion aboard a Honda, left the brand between Christmas and New Year's, then scrambled to get the Suzuki sorted. This was his first win on aboard anything but a Honda since his first pro win, which came in 1990 aboard a Kawasaki KX125. South Africa's Greg Albertyn finished second, giving Suzuki a rare 1-2. Yamaha-mounted Jimmy Button was third.

On the first night of the first Houston Astrodome Supercross, Bultaco rider Jim Pomeroy claimed the overall in the 250 class in a two-motor format. Yamaha's Pierre Karsmakers was awarded second, Suzuki's Rich Thorwaldson third, and Houston's own Keith Duffy was fourth aboard a privateer Bultaco. This was the first AMA Supercross (or stadium motocross) that was held under a dome.