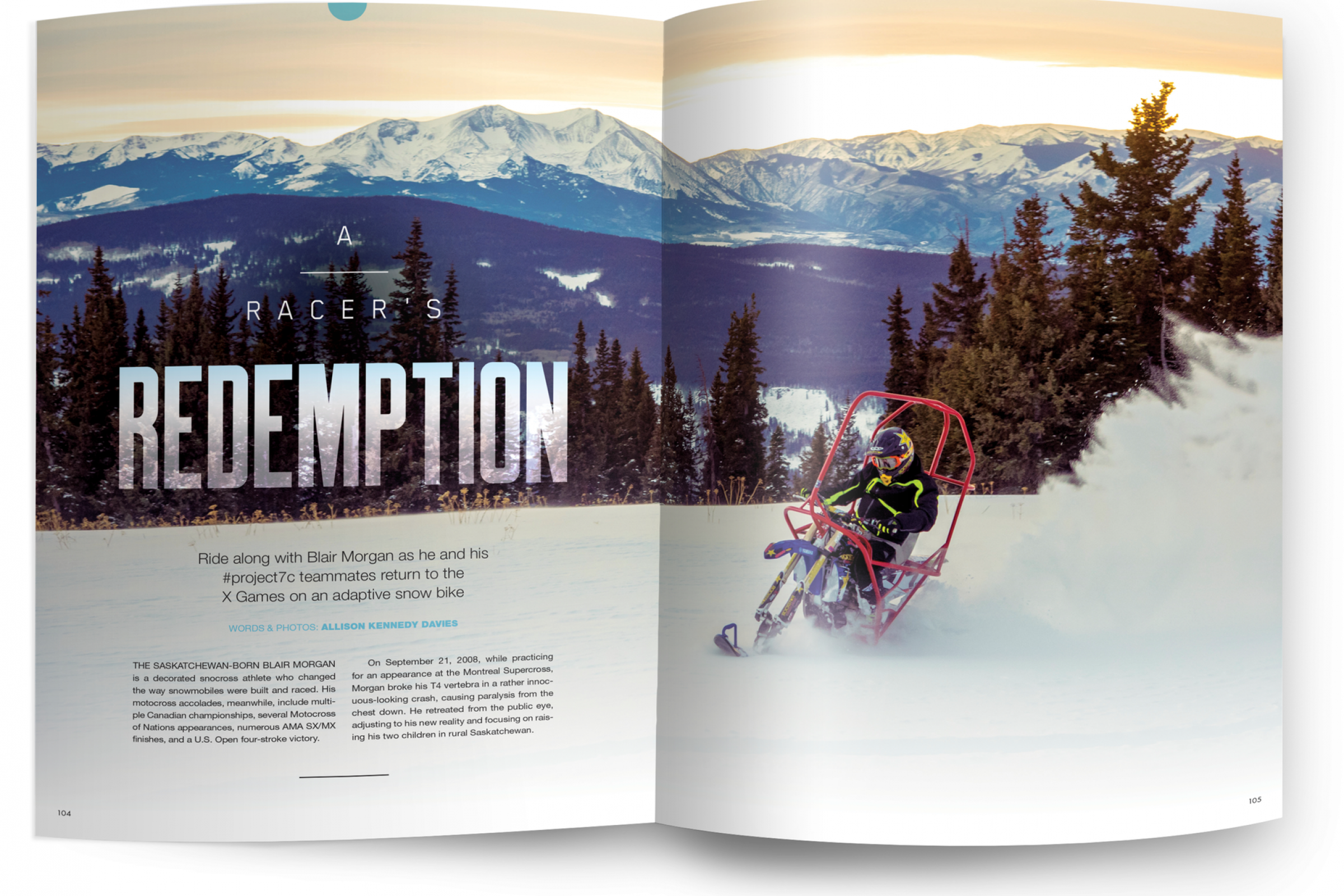 In the Mag, A Racer's Redemption

Pick up your copy now and read about what it takes to win championships and stay healthy in Monster Energy AMA Supercross and Alta Motors' American-made electric motocross game-changer. Also read about what the Troy Lee Designs/Red Bull KTM team does behind the scenes every day of the week and the rising popularity of Hard Enduro-style races, where just finishing is a great accomplishment.

Back in 2004, I interviewed Blair Morgan at his farm in rural Saskatchewan for an issue of Racer X Canada. The feature was titled “The Return of Morgan” and captured the uphill battle he’d faced since a devastating injury at the Nanaimo National the year before. I vividly remember sitting at the dining room table while Blair laid out the plates and screws that had held his ankle together. His resolve to return to racing was clear.

There have been some massive changes in Morgan’s life since then, but that resolve to return hasn’t changed. When I heard Blair planned to race Aspen X Games on an adaptive snowbike, I knew immediately I wanted to be the one to tell the story. I called Blair to see if he’d be up for it—telling this story would involve me being firmly in his space at X Games, and we hadn’t seen each other in the ten years since his crash. He agreed, I booked a ticket, and the next thing I knew, Blair was picking me up at the Aspen airport.

For the next four days, I got a glimpse into Blair’s new life, but what struck me most was how much remained the same. That same drive and determination his fans had always admired was intact, and Blair’s understated sense of humor hadn’t faded one bit.

From double-riding on the back of a sled for 10 miles to get the shot for the opening spread to pre-race nerves, practice crashes, and post-race beers, it was an emotional, exhausting, and exhilarating experience at X Games. A huge thank-you to the OTSFF team and to Blair and his family for letting me tag along. Blair remains a superman against all odds.