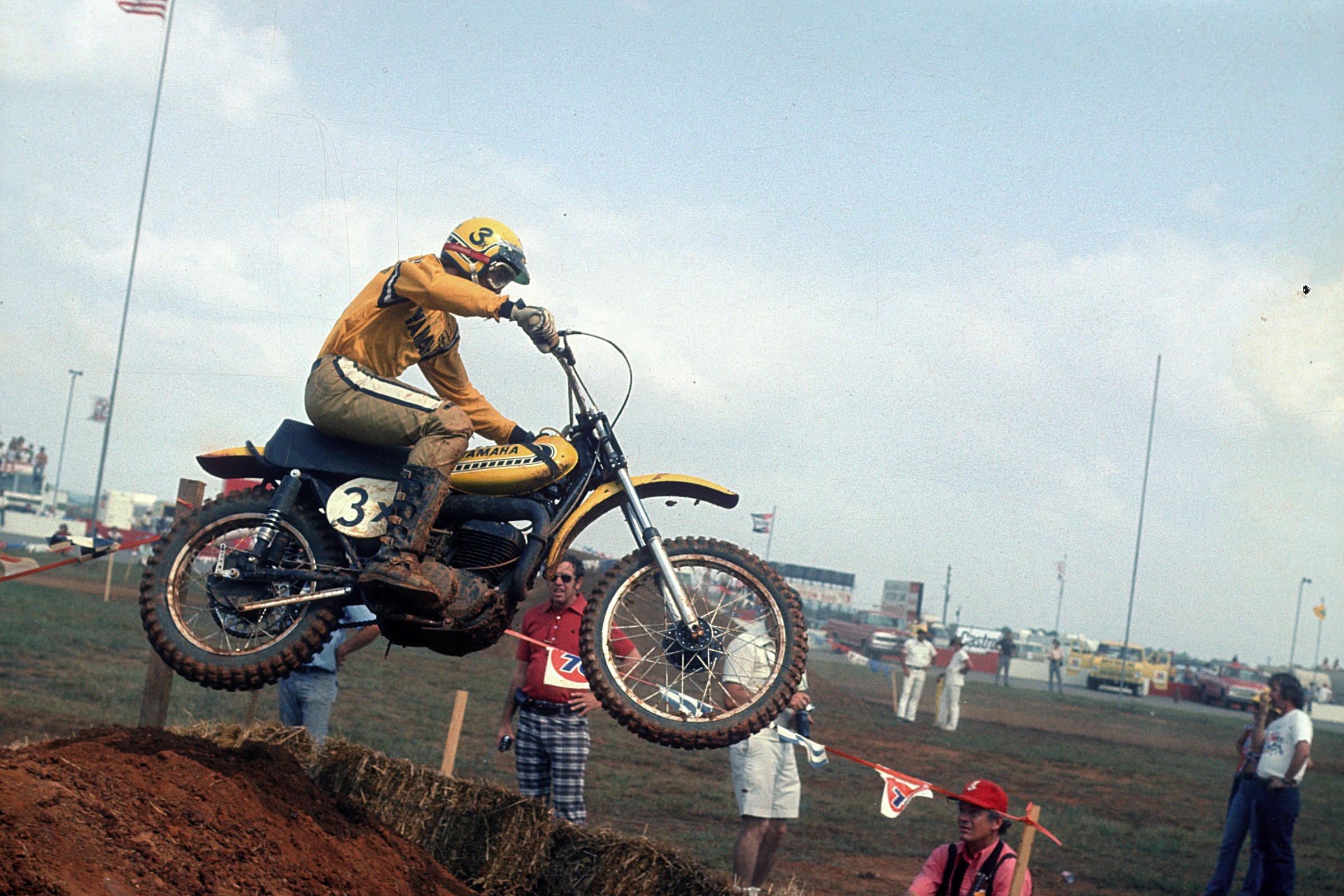 On This Day in Moto March 10

One year before there was a stand-alone AMA Supercross Championship, the Daytona race was considered an AMA Motocross race with two classes, 250cc and 500cc. The winner of the 250 Class was Husqvarna's Bob Grossi, while the 500 Class winner was Pierre Karsmakers. In winning the race, Karsmakers gave Yamaha its first-ever 500 National win.

Over a thousand riders descended on Lake Whitney, Texas, for the 1985 Grand National Championship, and the big winner was Louisiana's Scooter Stafford, who won the Open Pro Class on a Honda and the 250 Pro Class on a Suzuki. The 125 Intermediate classes were topped by Kawasaki Team Green's Jeff Matiasevich.

Defending AMA Supercross #1 David Bailey won the Daytona Supercross for the first time, but his teammate Johnny O'Mara stole the show when he launched the finish line Gator Pit in a failed attempt to pass Yamaha's Rick Johnson for second-place. In one leap, O'Mara effectively changed the jumping game and made those Gator Pits obsolete. You will see it below at the 13-minute mark:

In a milestone moment, Team Kawasaki's Ricky Carmichael won his first AMA Supercross main event, taking the Daytona SX ahead of reigning champion Jeremy McGrath (Yamaha). Interestingly, Carmichael did 21 laps in the main event, as the flagger missed him on the last lap and the future GOAT just kept going! It was the first of what would be 48 career AMA Supercross wins for Carmichael. He wore #4 for every one of them, including this first one.

Today is the birthday of Donnie "Holeshot" Hansen, the 1982 AMA 250cc Motocross and AMA Supercross Champion, as well as one of the four heroes of Team USA 1981, the first American team (Hansen, Danny LaPorte, Johnny O'Mara, and Chuck Sun) to ever win the Trophee and Motocross des Nations. All four were inducted into the AMA Motorcycle Hall of Fame. Donnie is also the father of Josh Hansen, the longtime 125/Lites/250 SX contender. When Josh won his first main event, it meant that he and his father Donnie were the first father/son duo to have each won an AMA Supercross, albeit in different classes. Donnie still teaches a motocross academy.