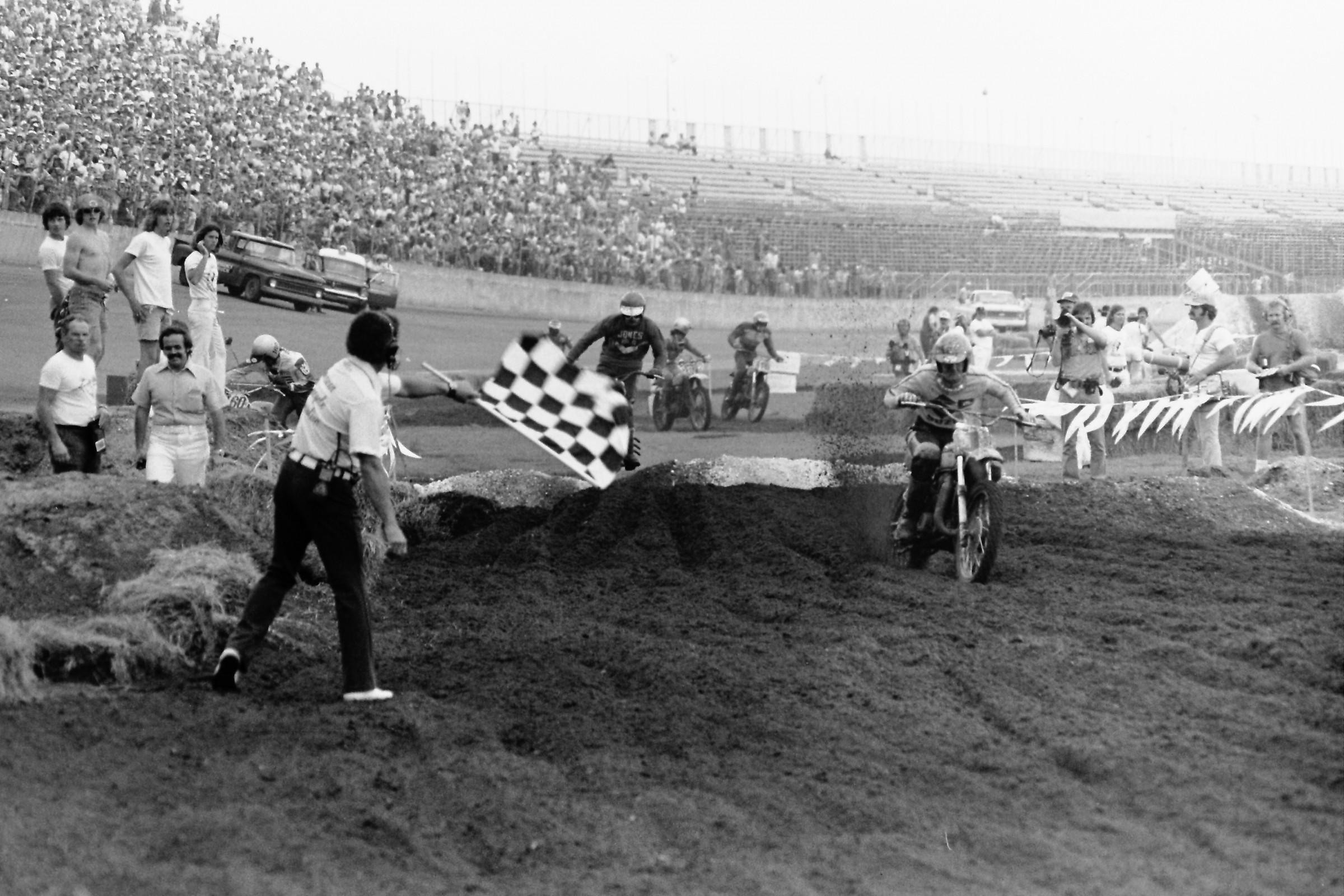 On This Day in Moto March 6

Suzuki's Tony DiStefano got his first-ever AMA Supercross win, not to mention Suzuki's first win in the 250 class, at the Daytona Supercross. Before this race, the only other Suzuki win in a supercross came when Roger DeCoster won the 500 class at Daytona back in 1974. Tony D topped defending champion Jimmy Ellis (Can-Am), Kawasaki's Jimmy Weinert, and Team Honda's Pierre Karsmakers and Don "Killer" Kudalski.

The Daytona SX was actually a three-moto format just like we saw last weekend at the 2018 Atlanta Supercross. DiStefano, the reigning 250 Motocross Champion, went 2-1-1 to easily win. Ellis was second with 8-3-2 scores while Weinert went 1-2-11 and finished third.

There was also a 500 Support class at Daytona, but it was no longer considered a full AMA championship like it had been the two previous years. The late Monte McCoy, a beloved Florida local riding a Suzuki, went 3-1-1 to top the veteran Barry Higgins' 8-3-5 score. Another rider that we recently lost, New York's Bob Harris, finished third with 4-6-8 finishes.

Darrell Shultz won the Daytona Supercross for the second year in a row, only this time he was on a Honda. That wouldn't happen again until 2002, when Ricky Carmichael won this race for the third time in a row, the first two on Kawasaki and then in '02 on a Honda. Shultz was with Suzuki the previous season. Suzuki's Mark Barnett, the defending AMA Supercross Champion, was second, with Honda's Jim Gibson and eventual series champ Donnie Hansen following.

For Pourcel it was a third win on a row in the East Region, topping Suzuki-mounted Austin Stroupe and his PC teammate Dean Wilson.

Jeremy McGrath got his third and final Daytona Supercross win of his career aboard a Yamaha as he marched toward what would be a sixth AMA Supercross Championship. Honda riders Kevin Windham and Mike LaRocco were second and third, with 250 class rookie Ricky Carmichael third.

In the 125 class, Yamaha of Troy's rookie sensation Ernesto Fonseca topped his teammate Stephane Roncada and FMF Honda rider Danny Smith. It was the third straight win, with no defeats yet as a professional, for #100 Fonseca.

Kawasaki's Mike Kiedrowski won a total of five AMA Supercross main events in his AMA Motorcycle Hall of Fame career, and three of them came at Daytona International Speedway. The "MX Kied" won Daytona for the first of three consecutive times in 1993, topping a game rookie in Jeremy McGrath, who many guessed would not fare so well on the outdoor-like Daytona track. But Jeremy was a much better outdoor rider than anyone was giving him credit for at that point, and he even beat Yamaha's Damon Bradshaw, the pre-race favorite, as well as four-time Daytona winner Jeff "Six-Time" Stanton, who finished fourth. Stanton almost missed the start as his team worked on a problem with his swingarm at the starting gate.