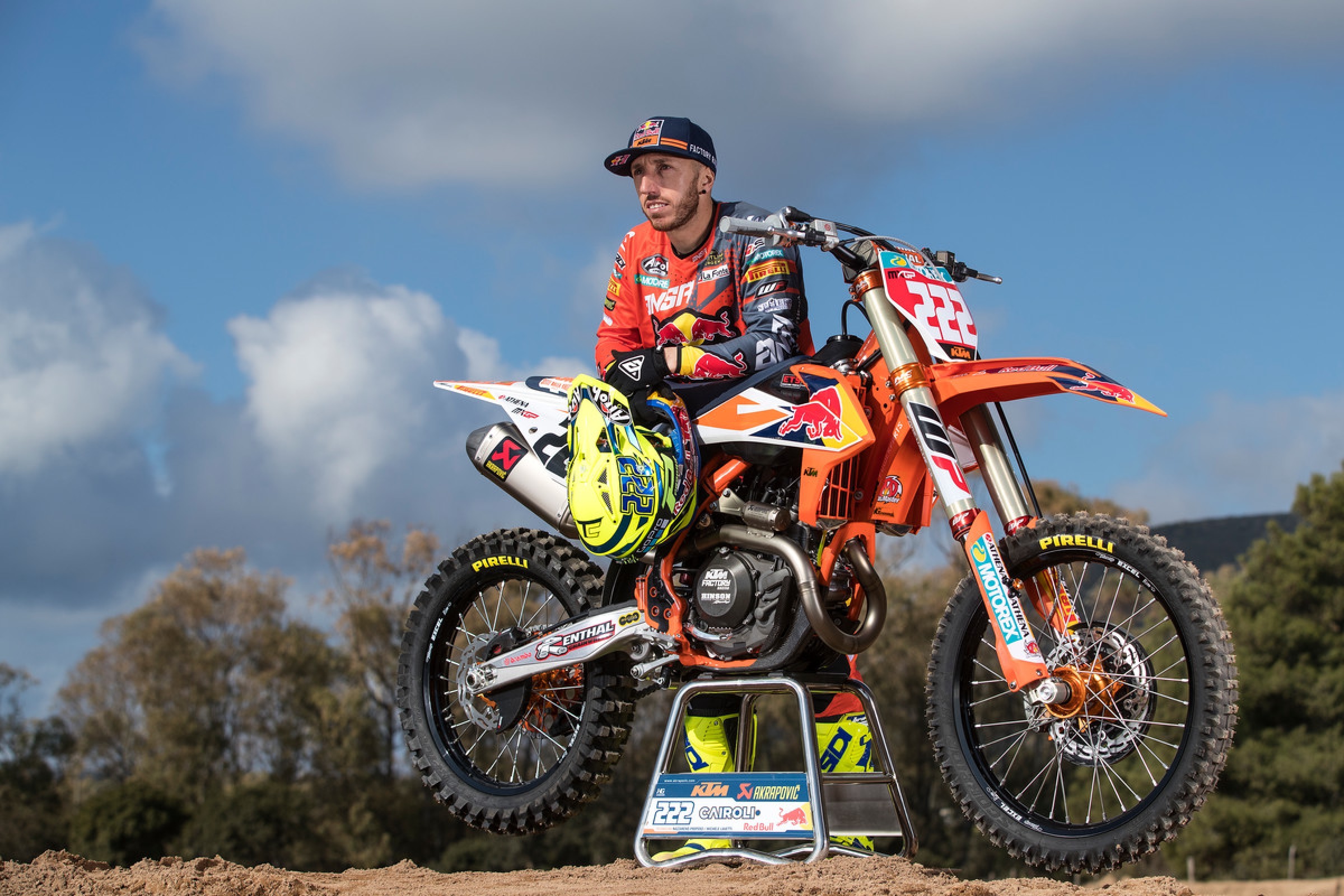 After opening their championship in Qatar the last few years, the FIM Motocross World Championship begins their 19-round series in Argentina this Saturday and Sunday. Most of the title contenders will be in attendance, save for 2016 MXGP World Champion Tim Gajser, who sustained a jaw injury at the Italian Motocross Championship. Arnaud Tonus and Gajser’s teammate Brian Bogers are also out for this weekend.

Check out what the landscape in 2018 will look like in Europe.

Notes: No changes with Red Bull KTM, which will bring back the MXGP World Champion Antonio Cairoil, who recently announced a two-year extension with the team. The Dutch duo of Jeffrey Herlings and Glenn Coldenhoff also return.

Notes: In September, Honda announced a deal with HSF, a refrigerated food logistics company based in the Netherlands, to be a “major sponsor” for 2018 and beyond. A few months later, 21-year-old Dutch rookie Brian Bogers was signed to compete in MXGP, replacing long-time Honda rider Evgeny Bobryshev. Bogers, who “shattered” his foot in a practice crash in late November, will be paired alongside two-time world champion Tim Gajser. Both riders are out for this weekend after Gajser sustained a jaw injury at the Italian Motocross Championship.

Notes: Husqvarna’s MXGP team will be reduced from three to two riders in 2018. Gautier Paulin and Max Anstie both return; Max Nagl was not re-signed and inked a deal with factory TM.

Notes: Lieber, who turned 23 in June and is required to move up to MXGP in 2018, landed a factory deal with Kawasaki alongside returnee Clement Desalle. After missing all of 2016, Lieber rode MX2 under a privateer effort in 2017. Kawasaki will not field an MX2 team this year, as Monster Energy KRT closed its doors on its 250 effort in September.

Notes: Arnaud Tonus is out for at least the opener due to a shoulder injury. Shaun Simpson returns to the team alongside newcomer Jeremy Seewer, who moves up from MX2. Seewer was expected to race with Suzuki this year before they announced they were closing their factory team.

Notes: Veteran Max Nagl landed a ride with factory TM, the Italian manufacturer, after not being re-signed by Husqvarna.

Notes: Jasikonis was also left without a ride after Suzuki shut down. He joins Petar Petrov on the Honda team.

Notes: After spending 2017 with Assomotor Honda, the Swiss rider signed with Standing Construct KTM this off-season. Guillod previously raced for the team in 2016, when it was a Yamaha-supported unit. The team ceased operation in 2017, but returns for 2018. He is out for this weekend due to a leg injury. Veteran Kevin Strijbos will also race for the team in 2018.

Notes: A new team to the paddock in 2018, BOS Project signed Frenchmen Jordi Tixier and picked up Evgeny Bobryshev after a split with Benoit Paturel. Tixier is out for this weekend due to a wrist injury. Russian Bob will race a Suzuki this year, while Tixier will compete on a KTM.

Note: No changes on Red Bull KTM, as they bring back defending MX2 World Champion Pauls Jonass alongside the young Spaniard, Jorge Prado.

Notes: In July, Husqvarna announced an extension with Thomas Kjer Olsen through the 2020 season. American Thomas Covington was re-signed through 2018.

Note: South African Calvin Vlaanderen, 21, will be the lone MX2 rider for the team.

Note: The American is back with the British-based team for this second year in MX2.

Note: The Italian is back with factory TM for 2018.

Notes: Hunter Lawrence is already locked into a deal that will see him compete in the U.S. with GEICO Honda for 2019 and beyond, but the Australian will finish out his MX2 career with 114 Motorsports Honda. Lawrence moved to the Honda team after factory Suzuki announced it was closing its doors. He will be joined by Bas Vaessen, who also raced for the Suzuki squad in ’17.

Notes: Brylyakov comes over from Kawasaki, while Great Britain’s Ben Watson moves over from KTM. Belgian Jago Geerts moves up from the EMX250 Class.

Note: American Marshal Weltin will move to MX2 full-time in 2018 with the Honda team.

Note: Zachary is the son of Mickael Pichon. He lost his spot with the factory Suzuki team when they shut down.