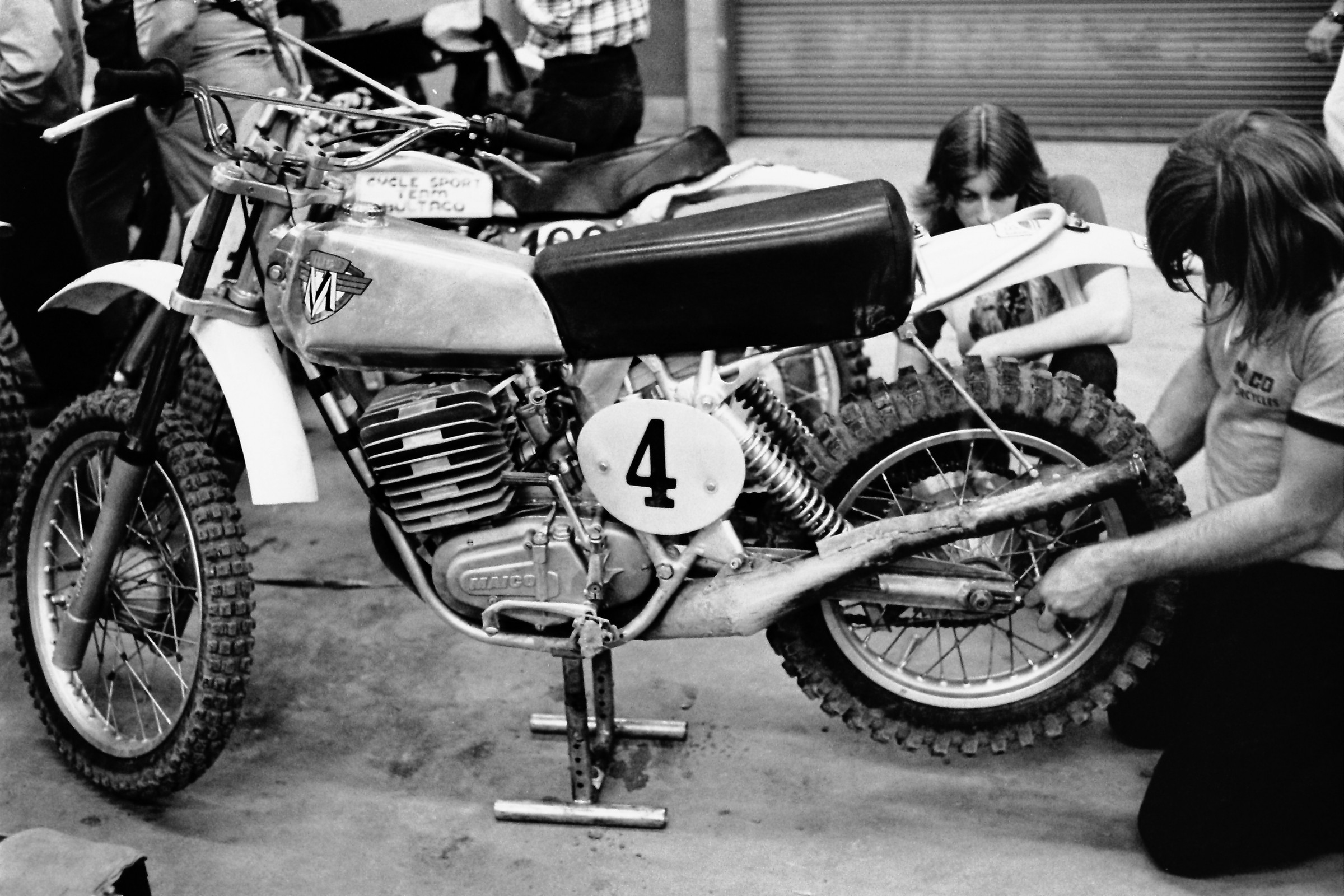 On This Day in Moto February 28

The Gatorback National in Gainesville opened the AMA Motocross Championship and Team Honda's Jeremy McGrath kept his momentum going, only this time it was with a win in the 125cc class. McGrath, who was leading the AMA Supercross Championship in his rookie year, was dispatched to the smaller class for the outdoors. He ended up taking his first national win with 2-2 scores, including a thrilling second-moto sprint to the finish alongside Erik Kehoe of the Honda of Troy team. Kehoe launched the finish line jump wide open, landing well down the track while holding on to the win. It made for one of the most memorable moto photos of all time, shot by Paul Buckley.

The Atlanta Supercross was won by Mark "Bomber" Barnett, on his way to the 1981 AMA Supercross Championship, over his Suzuki teammate Kent Howerton and Yamaha's Mike Bell, the defending series champion. According to Cycle News, many of the riders in the event wore black armbands in memory of the Atlanta child murders that terrorized the city from 1979-'81.

The second AMA Supercross Series began at Texas Stadium outside of Dallas, and the 250cc winner was Can-Am rider Jimmy Ellis, who topped Honda's Marty Smith and Suzuki's Billy Grossi. The 500cc class was won by Maico rider Steve Stackable, a native of Texas.

Jimmy Ellis' dad, George, was his Can-Am mechanic when he won the Dallas SX opener in 1975.

The FIM Motocross World Championship began in the Middle Eastern desert nation of Qatar with a nighttime race that had a special guest star. Nine-time AMA Motocross/Supercross Champion Ryan Villopoto decided that rather than retire, he would race one season on the Grand Prix circuit. In Qatar he struggled to find a comfort level and ended up finishing 9-8, well off the pace. The German Husqvarna rider Max Nagl wons both motos of MXGP while KTM's Jeffrey Herlings swept both motos in MX2, followed by Dylan Ferrandis in the first moto and Julien Lieber the second time out.

Now living in England and riding for the CAT Honda team, Tennessee's Mike Brown swept both of his 125cc motos at the Hawkstone Park International. It was also announced that Stefan Everts would have to undergo surgery on his knee to repair ligaments, effectively knocking him out of the 1999 Grand Prix season.

Kevin Windham was born in Baton Rouge, Louisiana. He would go on to set records at Loretta Lynn's as a youth and amateur rider and later become one of the most well-known and respected riders in the entire sport. He turned pro in 1994 and retired 20 years later, with dozens of wins in both AMA Supercross and Motocross, as well as a win for Team USA in the Motocross of Nations.