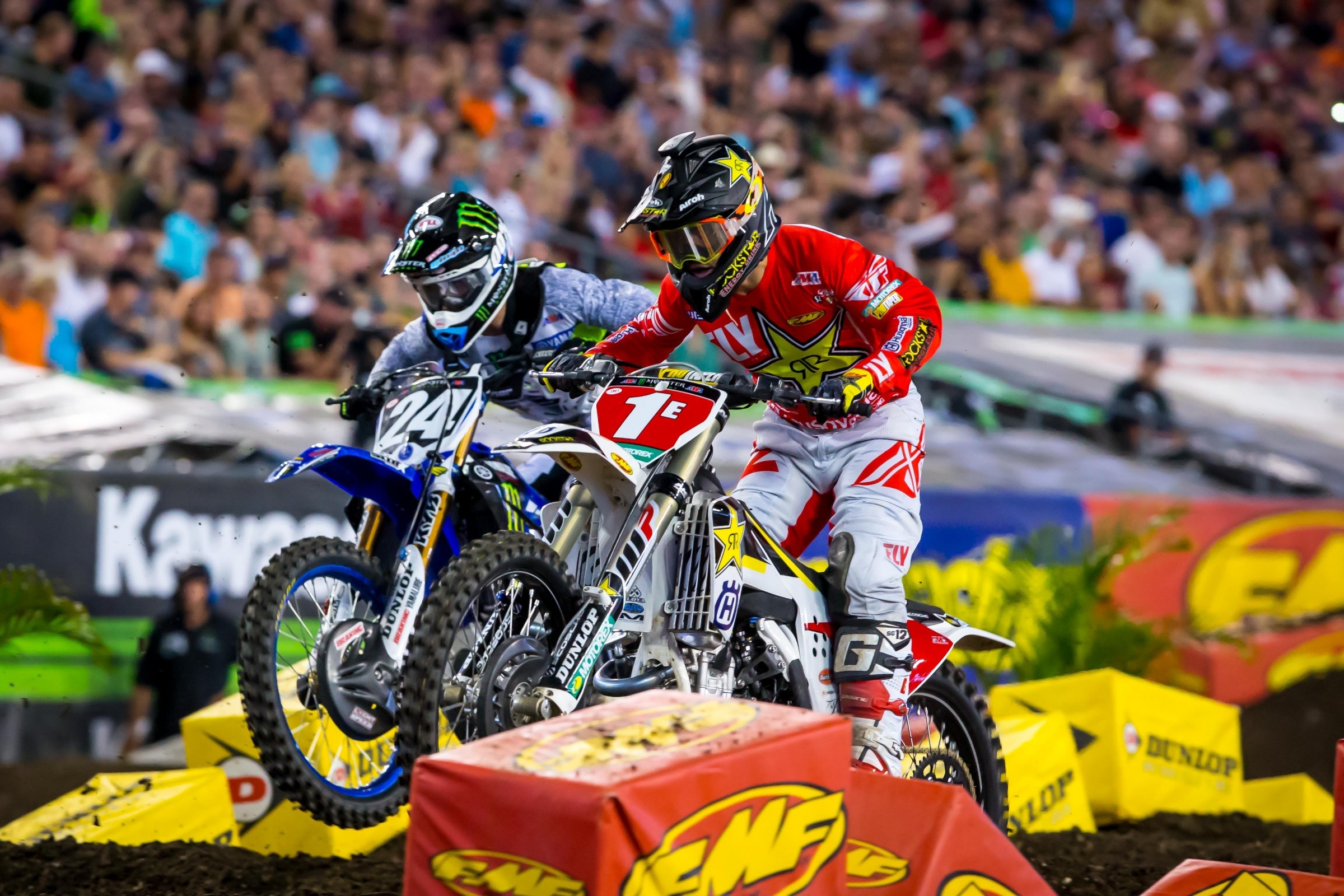 250 Words There Is No Crown

This 250SX East Region season would appear, on paper, to be the same as last year. Zach Osborne holds the points lead early, but the actual racing has been an inverse. Last year Zacho had tremendous speed but suffered bad starts, which generally opened the door for others to get in the mix.

This year, several riders have come out with blazing speed in the East, but it's Zach holding the points lead through consistency. Two races, is of course, a small sample size, but we've seen enough to know that no one in the class is going to just hand this crown to Osborne. Martin Davalos was mega-fast in Arlington until that unfortunate first-turn crash. Same for Dylan Ferrandis. Austin Forkner was good in Arlington, too, but he went down on the first lap.

This weekend in Tampa, Forkner and Ferrandis were able to stake their claim by passing Osborne straight-up and battling for the win. These dudes are legit.

Zach's not worried. He wasn't happy with his own riding last week, despite winning the race; he felt he was actually better this week despite finishing third. First- and third-place finishes and the points lead are fine after two races. But back in December, when teams were filling out a loaded 250SX West Region roster, some theorized that teams were ducking Osborne in the East. Forkner and Ferrandis, clearly, do not subscribe to that theory.

The Tampa race got even better because Forkner and Ferrandis were battling for their first career 250SX wins, so they were pushing hard. Both admitted they were tired at the end, and this came down to digging deep.

Forkner got it done and got his name in the record book. He's five points down on Osborne. This series is heating up.