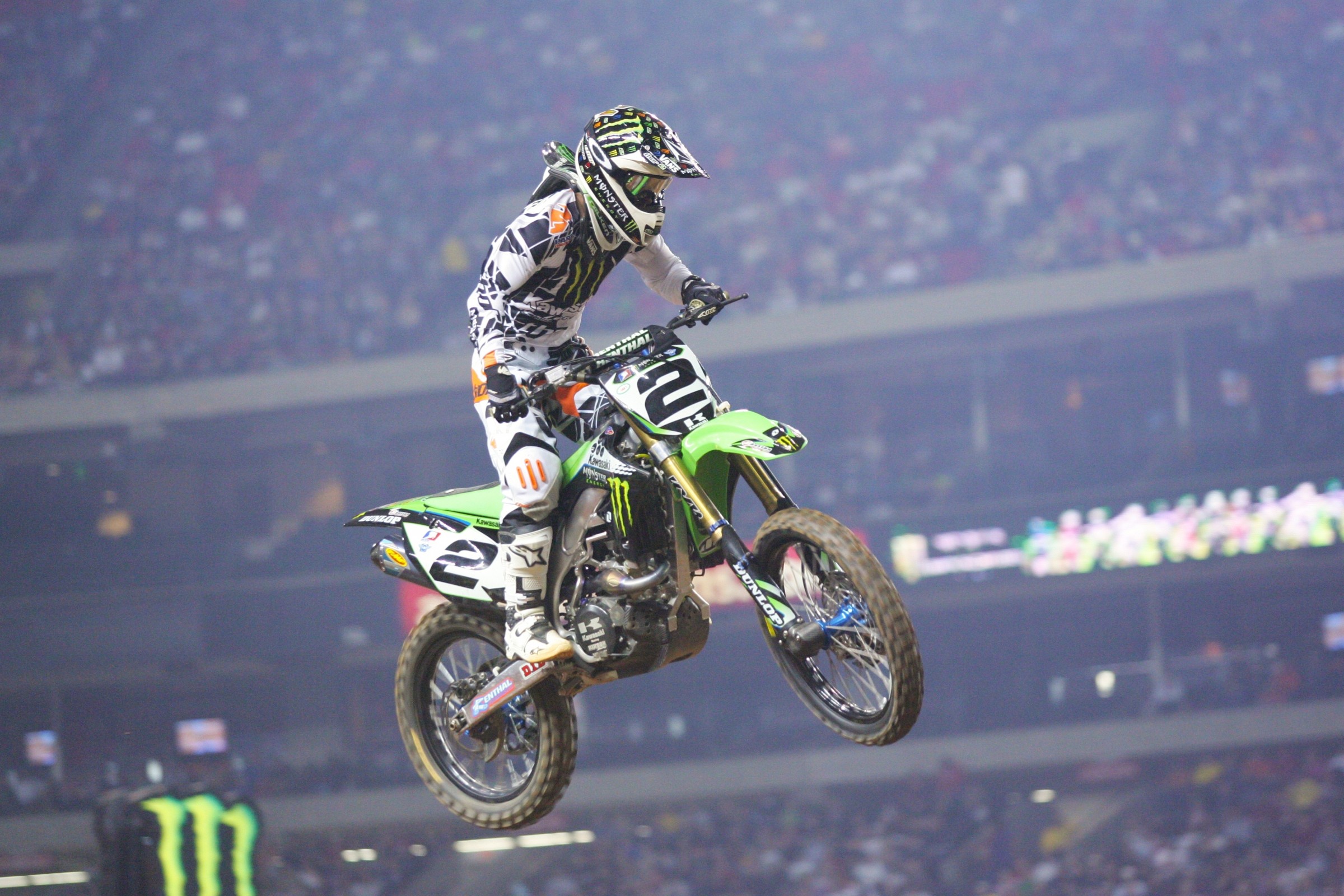 On This Day in Moto February 26

After having his perfect season stopped a week before in Tampa by Yamaha's Mike Craig, Team Honda's Jeremy McGrath got right back to his winning ways in Atlanta, earning his fifth win in six races to start the '94 AMA Supercross Championship. His Honda teammate Jeff Stanton finished second, with Yamaha's Jeff Emig and Craig finishing third and fourth.

Six years later and McGrath won again in Atlanta, this time for the last time and aboard a Yamaha YZ250. French rider David Vuillemin placed second and Kawasaki's Ricky Carmichael took third. The win was Jeremy's 21st on a Yamaha, making him the all-time record-holder at that point for Yamaha wins in AMA Supercross, one more than Bob "Hurricane" Hannah. He would hold that record until Chad Reed came along and racked up 34 wins on blue.

After seeing his winning streak end at five in a row one week earlier in San Diego, Ricky Carmichael got back in the winner's circle at the Georgia Dome—one of RC's five different wins at the Georgia Dome. The only race he did not win here between 2001 and '06 was the one he wasn't present for in 2004 due to a knee injury. Yamaha's Chad Reed was second and Honda's Kevin Windham third.

It was Ryan Villopoto’s turn to take the starring role at the Atlanta Supercross. The Monster Energy Kawasaki rider topped defending champion Ryan Dungey and past champion Chad Reed to win inside the Georgia Dome. Yamaha-mounted James Stewart finished fourth.

In the 250 Class, Dean Wilson put his Monster Energy/Pro Circuit Kawasaki up front all the way to the finish ahead of GEICO Honda’s Justin Barcia and Wilson’s teammate Blake Baggett. Suzuki-mounted Jason Anderson, racing in only his second pro race, finished ninth.