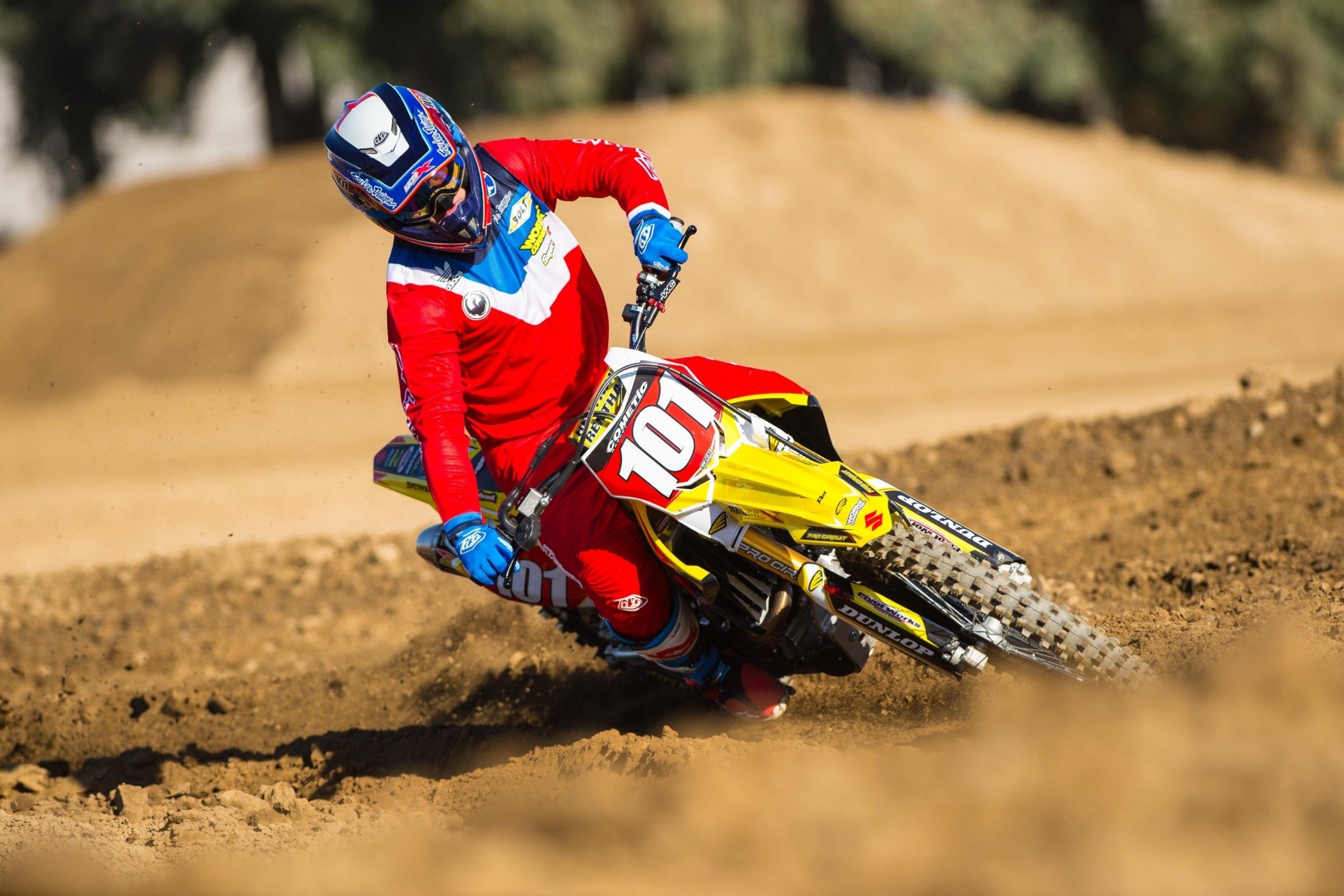 I’m not the brightest bulb in the box, and I’m ready for you to make me realize that even more, so here we go… The first lap chaos is a given, but we have a pattern going on with the first or second rhythm section after the start and a rider not being able to make the triple. Most of the time it’s not a big deal other than lost time and positions, but when it goes bad, it goes REALLY bad. What if they were not allowed to triple the first or even second section that had a triple combo in it? Maybe a second stripe after the holeshot line to let them know when to start with the big combo jumps? Maybe Trey reads “Ask Ping” and he could chime in on this being a big part of his career then and now (big fan, BTW). The extra time to get a little more spread out may save a rider from what we all do not want to see.

While I have your attention, where did “seat humps” go? Is the seat hump salesman a slacker? Retire? Or, did he move on to sell air forks and dual exhaust?

I completely get where you’re coming from, but forcing riders to roll or double the first part of the race would be confusing for fans, frustrating for riders, and could cause problems when riders jump something they shouldn’t. A better solution is exactly what Justin Barcia suggested after he got landed on—an exit lane on the triple landing. We’ve seen several riders this year jump off to the side of the triple and be able to exit to the concrete because track builders left a break in the Tuff Blox after the third jump. There needs to be a break at the base of the third jump as well so riders can get off the track and out of the way if they make a big mistake on an opening lap and they can’t triple. This would be easy to do and it would likely prevent some injuries.

I’m not sure about the seat hump salesman, but I do know Dr. Bodnar delivered vials of penicillin to most of the race teams and the seat bump epidemic seems to have subsided for the most part.

Yea yea yea, blah blah blah about these people bending over to kiss up to you like you are some god! Truth is, you are nothing but a multiple time race winner who found a calling making fun of dumb posters like myself. Now that we got that out of the way... my question is when and why did riders all of a sudden start wearing a glove to sign autographs? Never seen it with hurricane, Wardy probably needed a step stool, Stanton didn’t do it, Bradshaw might of punched you, the French connection JMB barely spoke English, MC was to young to realize, Emig would sign anything to put his name on it, Ricky was so self conscious he was just happy someone paid attention to him, Reedy besides Kevin is the people’s champ. So when did this glove start?

As long as we can all agree that you are dumb, I think we’re off to a good start. Between your grammar, your ignorant insults, and your overall piss-poor attitude in general, I’m stunned you haven’t been punched straight in the mouth, hard, by those who know you. Did you eat a lot of Tide Pods when you were a kid? Or are you still eating them?

Wearing gloves during autograph sessions started in the late nineties and it was to avoid getting sick. These guys are shaking hundreds of hands on race day and the season runs right through the middle of cold and flu season. Add in the physical exertion and stresses these guys face on race day and you have the perfect recipe to get sick. Riders will wear the gloves during a signing session and then they’ll hand them to some jackass like you when they finish so you get violently ill and spend the first part of the following week shitting your pants while vomiting into the toilet. Everybody wins!

I could comment on your Beta faux pas on the Facebook link but thought we turn this into a real question. We know you work for Racer X, the best source for motocross and supercross news. And we know you’re not a huge off-road fan, i.e., you see a red bike that is not a Honda and call it a Beta? But Gas Gas and Damon Bradshaw are the real deal. Not the same deal as RV or MC or Emig have with Yamaha, Kawi, or Husky. Rodney Smith, who you left out of your rant, has the deal with Beta! But I digress, my real question, is why you or the above-named other than Rodney and Damon have not tried off-road racing? I mean, let’s not even bring Andrew Short into the equation, but off-road racing would be a way for former “Stars” to still rep their brand of choice and possibly even be competitive. Dungey on a KTM off-road?

The ISDE Qualifier series is now a series of short sprints, perfect for an ex-motocrosser. I would love to see you or Emig, MC, or RV try a Qualifier.

Sorry for mixing up Gas Gas and Beta… I was making a point and got my obscure Italian/Spanish bike brands mixed up. Maybe you’ve missed some of the moto guys who’ve made successful transitions to off-road, such as Mike Kiedrowski, Ryan Hughes, Mike Brown, Ryan Sipes, and Andrew Short, to name a few. In fact, many of the top off-road racers came from a motocross background. And I’m not sure why you say I don’t like off-road… I thoroughly enjoy trail riding and I’ve even done a handful of professional off-road races. I competed in a WORCS round in Lake Havasu that almost killed me and a GNCC in Palatka, Florida, that also almost killed me. Off-road is incredibly physical and most retired pro motocross guys are too beat up or too tired to make that kind of commitment to training to be competitive at it. That said, there are still plenty of former pros who like to trail ride, they just don’t race.