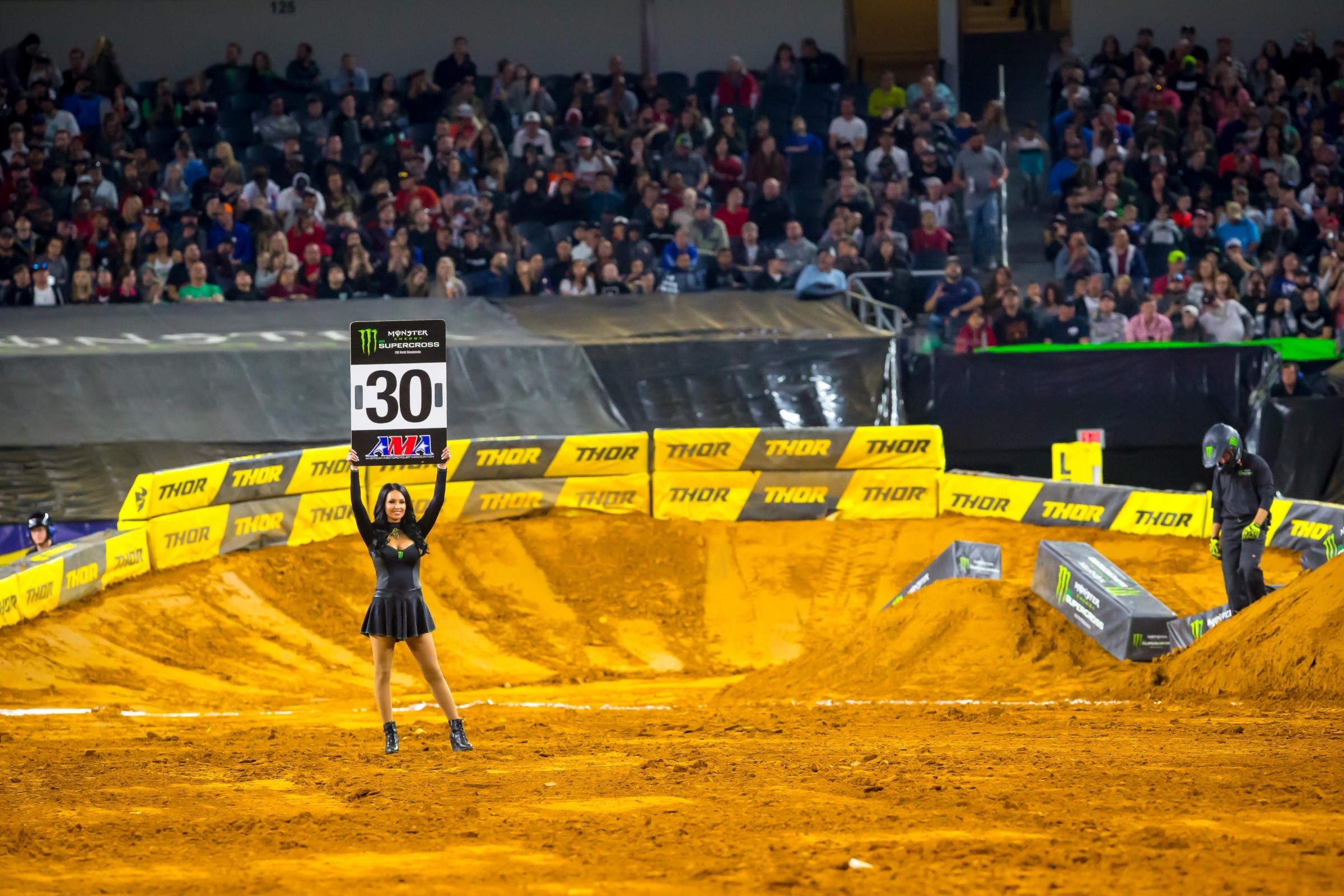 The 250SX East Region kicked off in Arlington last Saturday, and let’s just say it got wild—quickly. A huge first-turn crash took out a majority of the contenders, and Zach Osborne began his title defense with a win.

In the 450 main event, it was all Eli Tomac all day long. The Monster Energy Kawasaki rider dominated practice, his heat, and the main event. The victory was his third on the year.

Let’s dive into the lap data from Arlington to figure out how these races were won and lost with this week’s Sign of the (Lap) Times. First, our traditional lap time charts.

Although he led 13 laps of the opening round of the 250SX East Region main event at Arlington, GEICO Honda’s RJ Hampshire said he rode “sloppy” all day long.

“I didn’t realize I could win it until…. Well, dude, I was riding so bad all day,” he told Racer X after the race. “Making too many mistakes. I shouldn’t have been leading the main event. I holeshotted and even the second lap, I almost endoed off a dragon’s back, had to roll the whole section. Messed up in the whoops. Was just riding like a squirrel. It was just sloppy.”

If you look at a side-by-side comparison of Hampshire’s lap times to eventual winner Zach Osborne's, you can spot a few laps where Osborne was eating up a lot of the deficit, mainly on lap nine, where Osborne gained nearly a full second.

A ninth-place finish certainly won’t make Broc Tickle happy, but after going down early in the race, Tickle put in very consistent lap times—all while coming through traffic. Tickle even said in a team statement after the race that it was the best main event riding he’s had all season.

“I knew the track was going to be tough tonight and I’m normally really good in those conditions, so I kind of relied on knowing that. I tried to put myself in a good place on the start—especially after watching the 250 start—but I got hit from one side and the holeshot device was locked down so it made me knife the front and I fell over. I came from last to ninth and I was trying to make a pass on Dean (Wilson), but couldn’t make it happen and knifed the front and fell by myself. Overall, it’s the best main event riding I’ve had all season.

Check out his times from Arlington below.