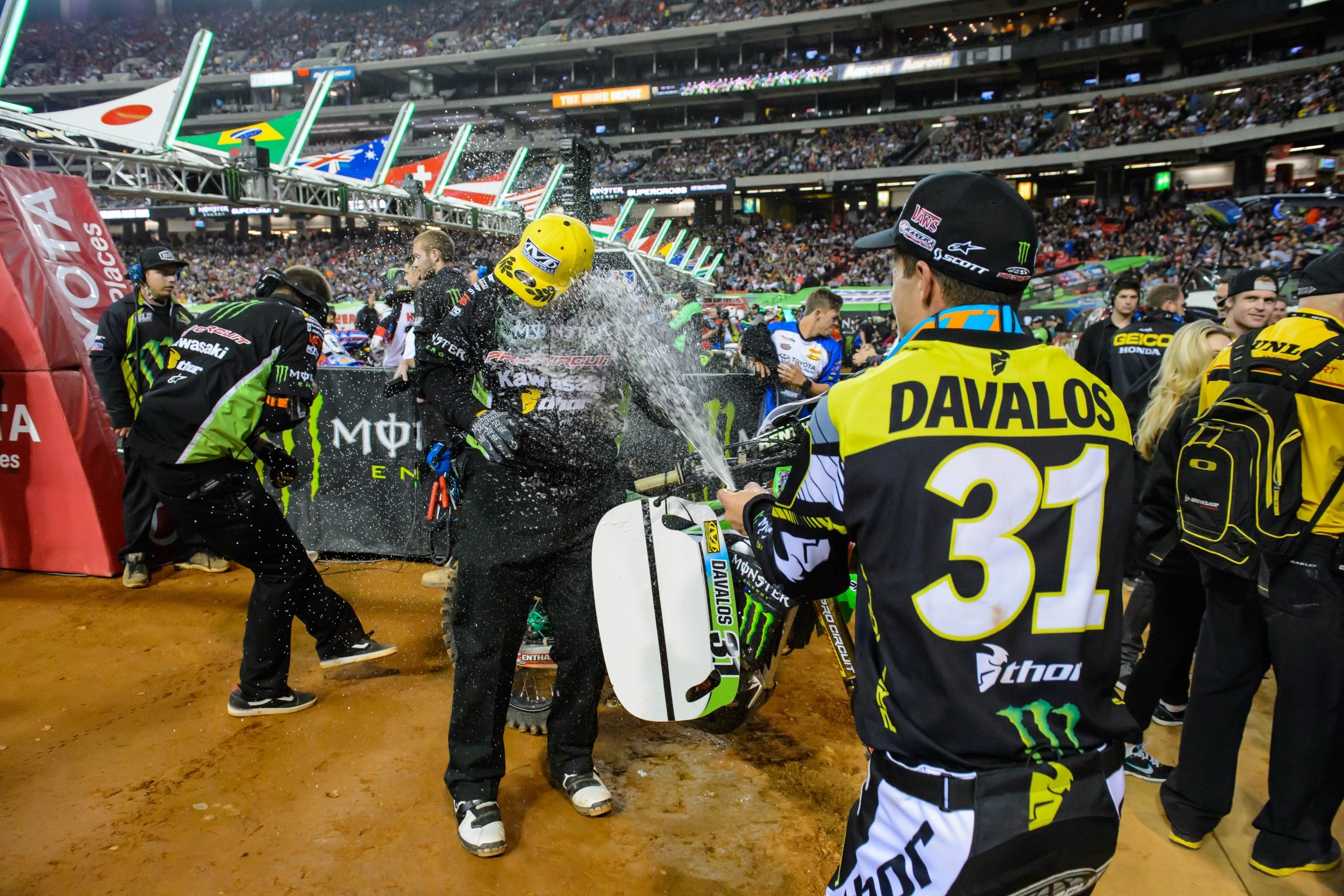 On This Day in Moto February 22

American ex-patriot Mike Brown, having failed to nail down a ride in the U.S. for 1997, went to Italy to join the new Rinaldi Yamaha team, which was sponsored by Chesterfield Cigarettes. Brown would win in his February 21 debut for the team at the preseason Beaucaire International Motocross at the Circuit St. Roman in France. Finishing second was future 250cc World Champion Frederic Bolley, while his Silkolene Kawasaki teammate Sebastien Tortelli, the reigning 125cc World Champion, placed third. Rounding out the top five were multi-time FIM Motocross World Champion Stefan Everts and another U.S. rider, Tallon Vohland.

Meanwhile, back in America, Team Kawasaki's Damon Huffman earned his first-ever AMA Supercross win in the 250 class when he topped the Georgia Dome main event in Atlanta. Huffman beat his Kawasaki teammate Jeff Emig and defending champion Jeremy McGrath, who was aboard a Suzuki RM250. Six rounds into the series, McGrath had yet to win, but four others—Emig, Huffman, Suzuki's Greg Albertyn and series points leader Doug Henry of Team Yamaha—had all notched main event wins.

The 125 class was won by 17-year-old Ricky Carmichael of the Splitfire/Pro Circuit Kawasaki team. It was the first professional race of his career in what was only his second career 125 SX. After the veteran Barry Carsten (yes, he was already being called a veteran in 1997!) holeshot the main event, he would soon be passed by both Tim Ferry of the Suzuki team and young Carmichael. Ferry and Carmichael, both from Florida, would battle until the halfway mark, when RC went by and on to a historic win.

And over in Fontana, California, in his truck-racing debut, Ricky Carmichael finished eighth in the San Bernardino County 200 at the AutoClub Speedway round of the NASCAR Camping World Truck Series.

Yamaha of Troy's Brock Sellards took the win in the Georgia Dome in the 125cc Class while riding a YZ250F. Finishing second was Mike Brown of the Pro Circuit Kawasaki team, while series points leader Branden Jesseman of the SoBe Suzuki team took third.

Monster Energy/Pro Circuit Kawasaki's Martin Davalos finally broke through for the first win of his AMA Supercross career in 250SX at the Georgia Dome in Atlanta. His teammate Adam Cianciarulo placed second and GEICO Honda's Justin Bogle was third. For Davalos, it was the 60th start of his career in AMA Supercross in 250SX (and Lites and 125 before that).

The AMA announced that Mazda would be the new title sponsor of the AMA National Motocross Series. The 1998 Mazda Truck Motocross Nationals were set to begin on May 10 at San Bernardino's Glen Helen Raceway. Part of their implementation would be to team up with Troy Lee to design custom graphics for a motocross-inspired truck.

Denny Stephenson swept round 21 of the AMA/PJ1 National Arenacross Championship in Denver, Colorado. Stephenson, riding a Honda, took both wins in the 125 and 250 classes.

At the Atlanta Supercross, held at Fulton County Stadium, Team Honda's Rick Johnson and David Bailey carried their battle for the points lead to the Southeast, with Johnson getting the better of Bailey in the 250 main event. Team Kawasaki's Jeff Ward placed third.

The promoter of the Atlanta event was Michael Goodwin.