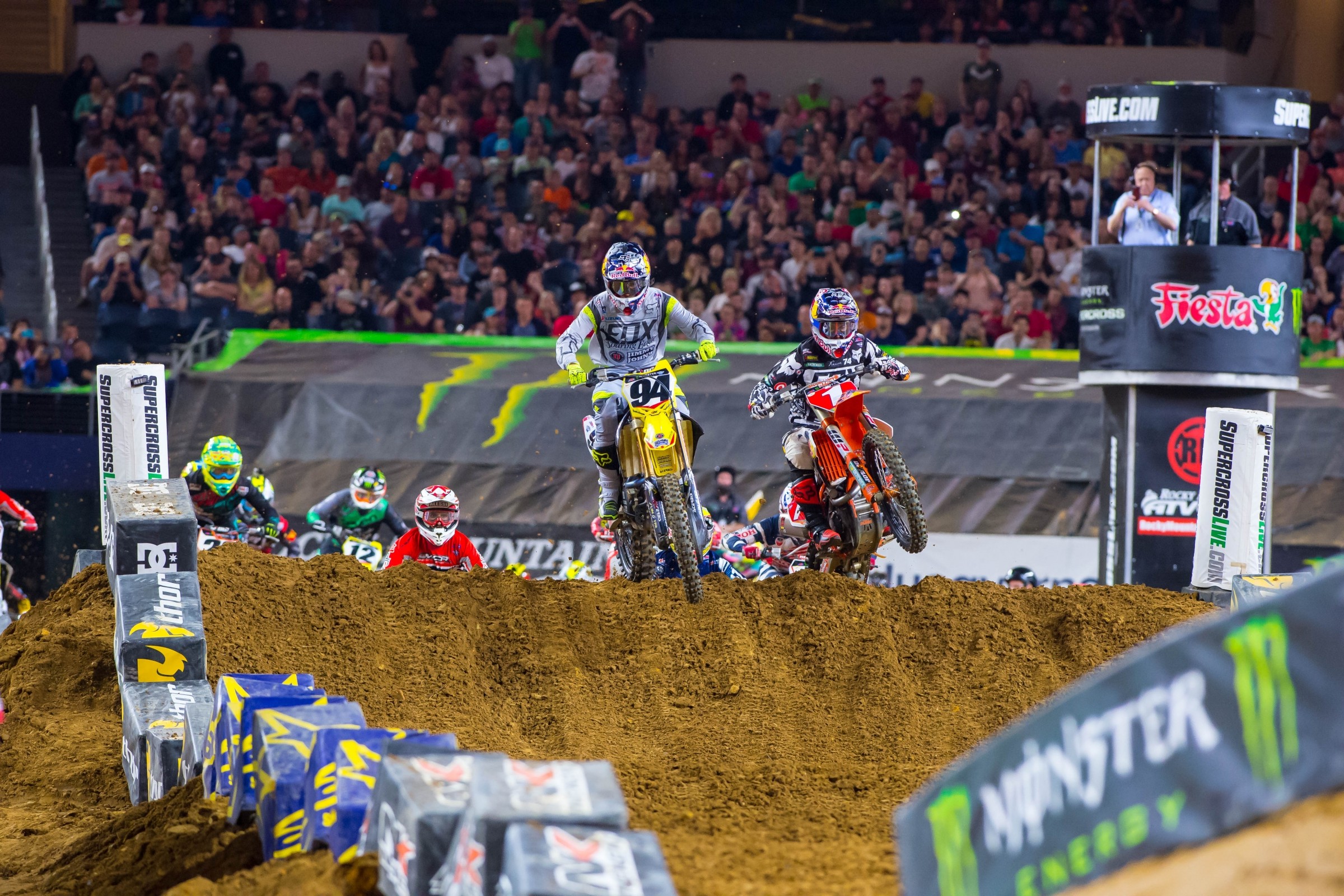 On This Day in Moto February 20

Damon Bradshaw, the Beast from the East, finally stopped the rookie Jeremy McGrath's four-race winning streak with a popular win at the Georgia Dome. For the Yamaha rider from Mooresville, North Carolina, it's the 19th and final AMA Camel Supercross win of his star-crossed career. Honda's Jeff Stanton and Kawasaki's Mike Kiedrowski followed Bradshaw, with series points leader McGrath in fourth.

The winner of the 125 class was Team Honda's Doug Henry, ahead of local product Ezra Lusk of Team Suzuki and DGY Yamaha's Chad Pederson.

For the fourth time since 1994, Jeremy McGrath won inside the Georgia Dome in Atlanta aboard his Chaparral Yamaha YZ250. Fellow Yamaha rider John Dowd and Suzuki's Larry Ward rounded out the podium. Honda's Ezra Lusk, who seemed poised to challenge McGrath for the title before he got on a hot streak and won four in a row, finished fourth.

Yamaha of Troy's Ernesto Fonseca made it a Yamaha sweep by winning the 125 class aboard his YZ125. FMF Honda's Brock Sellards and Frenchman Stephane Roncada finished second and third, respectively.

Indy marked the start of the East Region in 250SX, and French import Christophe Pourcel took the first win of the series ahead of Suzuki-mounted Austin Stroupe and GEICO Honda's Justin Barcia.

In the 250 SX West Region, Yamalube/Star Racing Yamaha's Cooper Webb overtook early leaders Christian Craig (who finished second) and Joey Savatgy (who crashed back to tenth) for his fourth win of the season. As a result, Webb went back into the points lead.