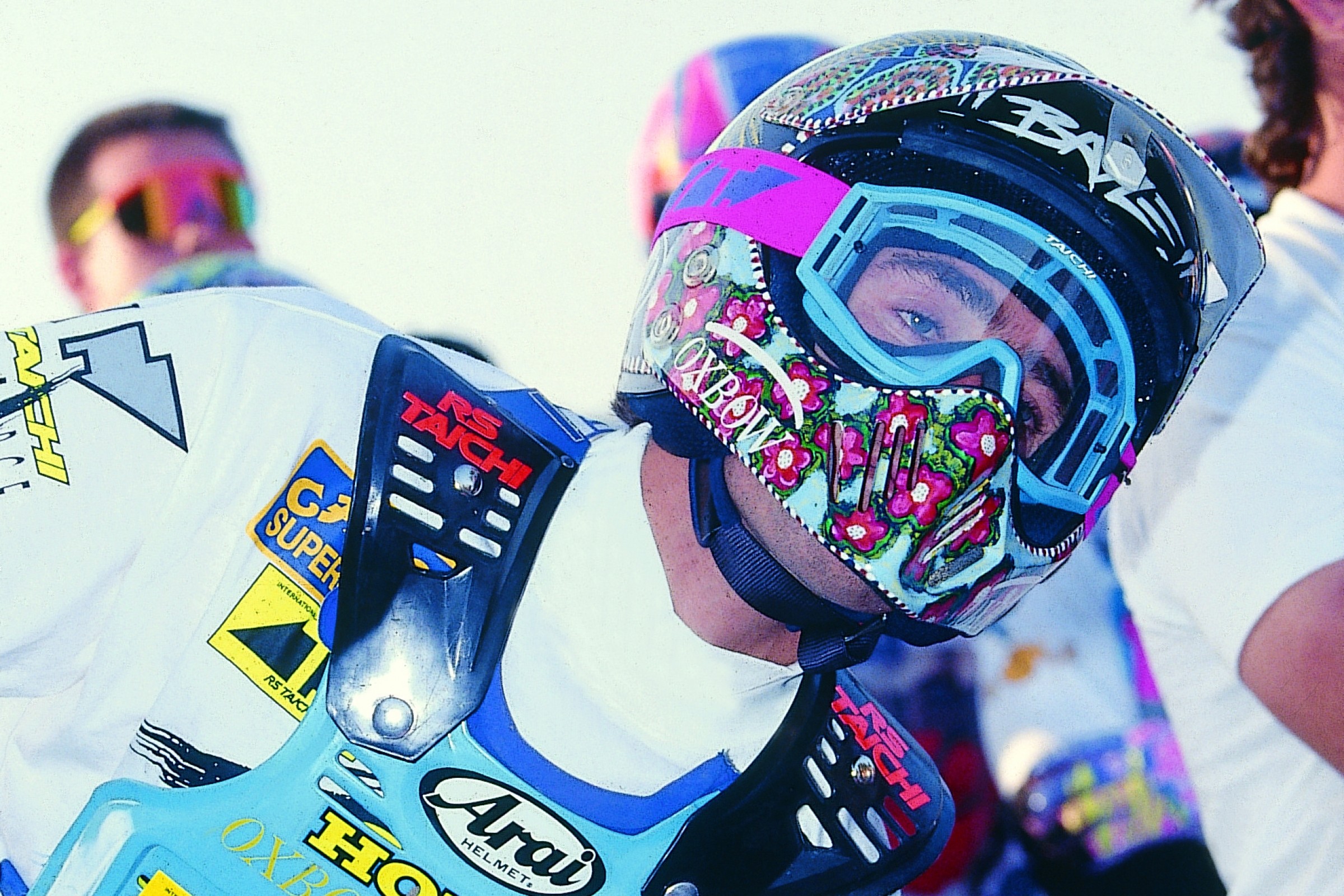 On This Day in Moto February 8

Damon Bradshaw grabbed his fourth straight win in AMA/Camel Supercross, this time in San Diego. The Yamaha rider topped Kawasaki's Mike Kiedrowski and Honda's Jean-Michel Bayle, the defending series champion. Bayle, a Frenchman, had become the focal point of crowd boos and signs with things like “Bayle, go home!” hanging near the podium. However, JMB took it all in stride, knowing that San Diego is a military town and that the announcers, seemingly caught up in the times of the first Gulf War, were taking out their patriotism on the foreigner.

But in the Voices section of Cycle News, an unlikely person stepped up and chastised the treatment of Bayle. Josephine LaPorte, the mother of 1982 FIM 250cc World Champion Danny LaPorte, wrote, “I just thought American MX fans should be aware of how European fans treated my son during his endeavors to win the FIM World Championship. The European fans cheered him on when he won and consoled him when things went wrong. They welcomed him into their homes for home-cooked meals and took care of him when he was hurting… Wouldn’t it be nice if our fans showed the same respect?”

In the 125 Class, Minnesota's Donny Schmit, riding for Kawasaki Team Green, got his first professional win in what was only his third professional race. The future two-time FIM World Motocross Champion topped Honda-mounted Willie Surratt and Kawasaki rider Tallon Vohland.

Yamaha's Chad Reed and David Vuillemin went 1-2 at the San Diego Supercross with defending champion Ricky Carmichael third. It was Reed's second win of the season on the YZ250. The 125cc main event went to Team Kawasaki's James Stewart, ahead of Honda-mounted Travis Preston and Blimpie Suzuki's Danny Smith.

In Milwaukee, Wisconsin, defending AMA Arenacross #1 Josh Demuth wrapped up another solid weekend in the National Arenacross Series, taking three of four main event wins to extend his points lead. The only rider to take a weekend main away from “The Sheriff” was Tommy Hofmaster.

Team Honda's Ron Lechien led the way at the Seattle Kingdome's opening night, setting the stage for what would be a dominant weekend for the Dogger, as he would sweep both nights. The first night was a 1-2-3 sweep for El Cajon, California, as Lechien's neighbors Broc Glover and Rick Johnson, both on Yamahas, rounded out the podium. On the second night Glover would again be second, but RJ was knocked off the podium by Team Honda's Johnny O'Mara.

The 125cc winner on the first night was Suzuki's Mike Healey, while second-night honors went to yet another El Cajon product, Bader Manneh.