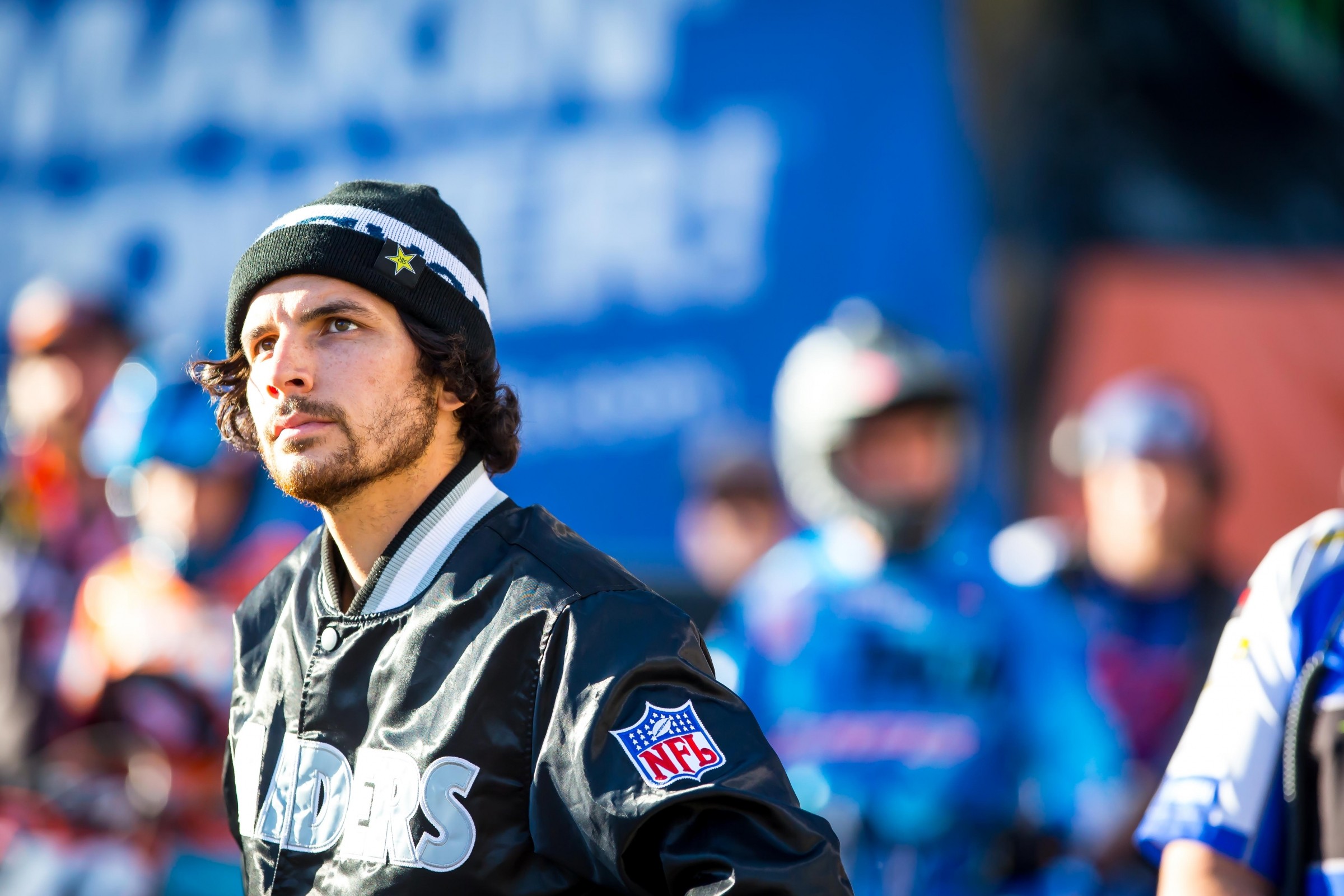 I’ve heard it said that when it’s someone’s year to win, everything just seems to go their way. You know the proper terms: destiny, fate, stars aligning and the rest. While I can’t totally dismiss this theory of predestined glory, I think there might be a bit more to it. Seasons like this 2018 campaign confuse me more than ever, though.

Jason Anderson was not the championship favorite as we entered Anaheim 1. We all assumed he would be good and win races, of course, but I didn’t expect him to leave January with a 15-point lead and two wins. He has been fast, consistent, and resilient. Even on an off-night in Glendale, he was able to battle back for a solid fourth. If we weren’t sure that Jason Anderson was for real by now, though, his main event performance in Oakland was an exclamation point on his arrival.

Anderson’s starts have been hit-and-miss throughout his 450 career. Oakland was no different, as he was just inside the top ten early on the first lap. Some of his toughest competition was in front of him, with Cole Seely, Ken Roczen, Eli Tomac, Marvin Musquin, Blake Baggett, and Weston Peick all pushing the pace. He went to work, slowly working past these riders one by one with some help along the way. Tomac was taken down by Justin Barcia, and Musquin—well, let’s just say Anderson had a different plan for Musquin’s main event than Marvin did. At the halfway mark Seely went down while leading. Roczen inherited the lead ahead of Anderson and Baggett, who were desperately chasing the young German.

The track was so treacherous that most of the laps were best described as two steps forward and one step back. The leaders were demonstrating the yo-yo effect of riders putting in a good lap followed immediately by a big mistake or close call. As the laps wound down, Vince Friese would insert himself into the race by ignoring the fact that he was a lap down, battling with the lead group and eliminating any chance for Blake Baggett to stick with Anderson. The race would come down to whether or not Anderson could close the small gap to Roczen and find a way past him. Anderson’s biggest threat to the championship was right in front of him, and the stage was set for all of us. This was great theater.

These situations are when championships are won. These rides and opportunities for greatness arise in every series. Jeff Stanton’s Los Angeles ride in ‘92, Cooper Webb and Wil Hahn gutting out injuries for 250 titles in Vegas, Carmichael’s visor-less Pontiac ride in 2002, Reed’s 12th-place gut check at Detroit in 2008, and Osborne’s Vegas ride in 2017 all come to mind when thinking about championship-delivering performances. This Oakland 2018 win may not be the most dramatic of those, because it’s still very early in the season, but if Anderson does emerge as champion in May, this race will certainly warrant some consideration. When the whispers where starting to grow louder about Anderson’s ability to carry the red plate and deliver under the brightest of lights, he put in his most memorable win to date. He methodically moved to the front, made a heroic last-lap pass, and left no doubts. Roczen and Barcia are only 15 and 17 points back, respectively, but they seem to be facing the best Jason Anderson we have ever seen. Poised and lethally fast, Anderson may have finally realized his potential.

I like to think championships are won with that high level of riding. I don’t usually believe in “luck” as a strategy. This season, though, I can’t help but see so many coincidental occurrences pointing towards some sort of predestined fate for Anderson. Tomac’s weird crash at A1 and subsequent shoulder woes, Musquin’s heat race folly and subsequent shoulder woes, Roczen’s mental struggle at Anaheim 2 and subsequent ninth place overall, Barcia’s torpedo job of Tomac at Oakland, Seely’s mistakes when in a winning position, and on and on and on. Anderson is making the most of his opportunities, while all of his foes seem to be fighting demons of their own. The door is being held open by the competition and Anderson is wheelie-ing his Husky FC450 right through the gap.

So, which is it? Is Anderson just making it happen, or is it just his year? Is it simply fate and luck, or is Anderson refusing to take no for an answer? I guess it all comes down to one’s own perspective. Every situation is interpreted differently depending on your biases, experiences, and overall viewpoint. These first five races are no different. How Monster Energy Kawasaki views the series of events surely differs from how Rockstar Husqvarna views the same scenarios. Perspective is always the most important aspect of interpretation. So, as this series unfolds, I will be closely watching to see whether or not Anderson is able to take this series by force or if the other riders continue to leave opportunity at its most vulnerable. Championships are won in the details, and 2018 will be no different.