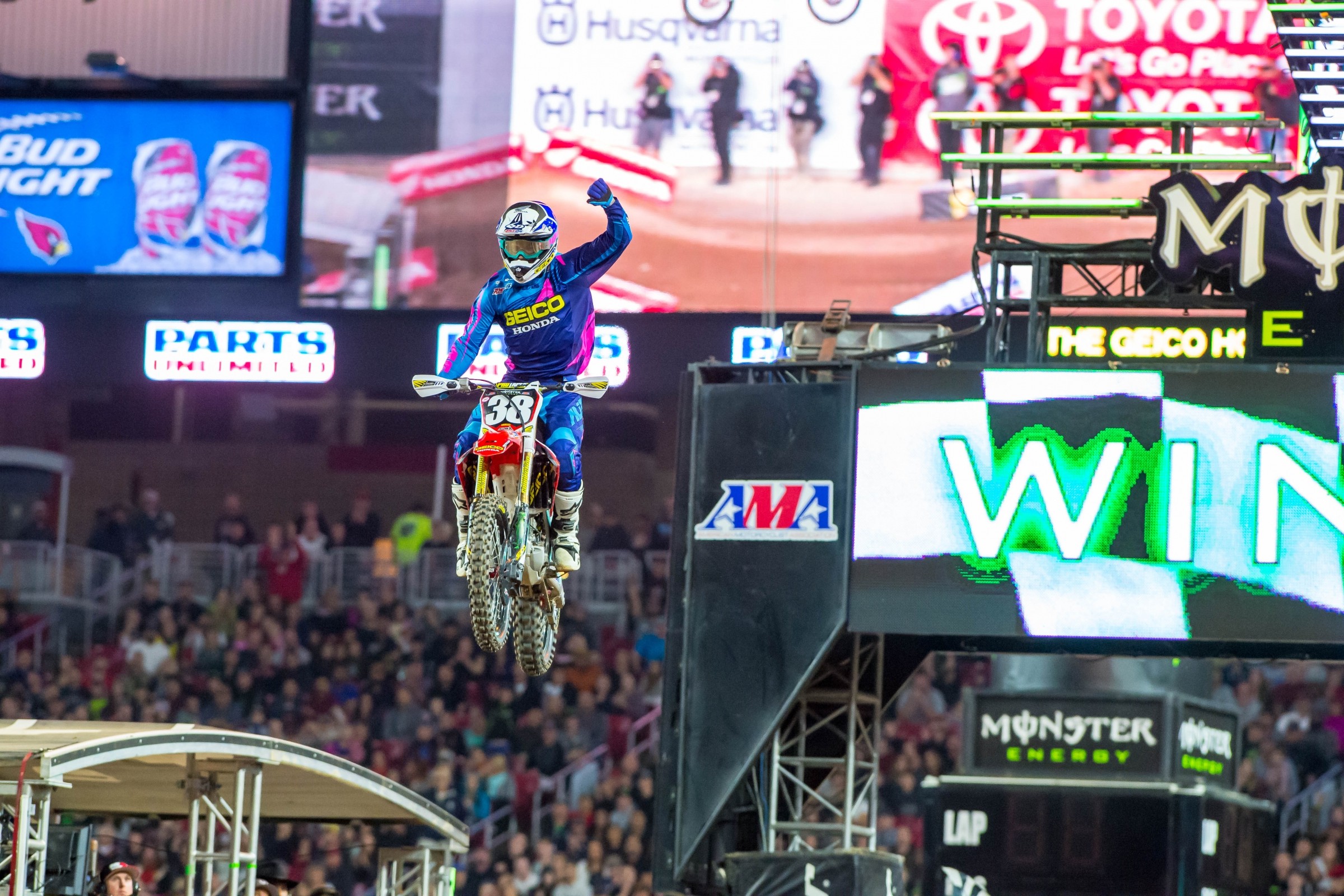 On This Day in Moto February 6

The 125cc class was led by a couple of Kawasaki Team Green riders, Jeff Matiasevich and Mike Kiedrowski.

GEICO Honda's Christian Craig got the first win of his professional career in 250SX, which added his name to the record books where his dad, Mike Craig, was already listed for winning the 1994 Tampa Supercross while riding for Team Yamaha.

At the second Anaheim SX of 1999, Team Honda's Ezra Lusk won again, giving him three main event wins in the first five rounds of the '99 series. Lusk topped Yamaha-mounted Jeremy McGrath and earned himself the nickname "Mr. Anaheim" from Cycle News, though everyone already knew that Anaheim was the "House That Jeremy Built." But McGrath did overtake fourth-place Mike LaRocco for the points lead, and he was up 101 to 100 on LaRocco for five races, with Lusk ten points back in third.

In the 125cc Class Splitfire/Pro Circuit Kawasaki's Nathan Ramsey won for the third weekend in a row, this time over series points leader Casey Lytle, of the Yamaha of Troy team. Ramsey, who finished a disastrous 18th in the Anaheim opener, was now just two points behind Lytle, 100 to 98. Finishing third was New Mexico's Isaiah Johnson.

Over in North Carolina at the AMA/PJ1 National Arenacross Series, THOR/Tuf Racing Honda's Jeff Willoh won both classes on the second night of racing at Winston-Salem Arena, the site of rounds 21 and 22 of the series. Suzuki's Buddy Antunez finished second in the 125 class while Honda-mounted Jeromy Buehl was runner-up on the 250.

It's the birthday of three-time AMA 250cc Motocross #1 and 1975 Inter-Am Champion Tony DiStefano of Pennsylvania. A CZ-mounted privateer who made a name for himself in 1974 by winning a couple of 500 Nationals, Suzuki rewarded him with a factory ride and he became the company’s first U.S.-born motocross superstar.