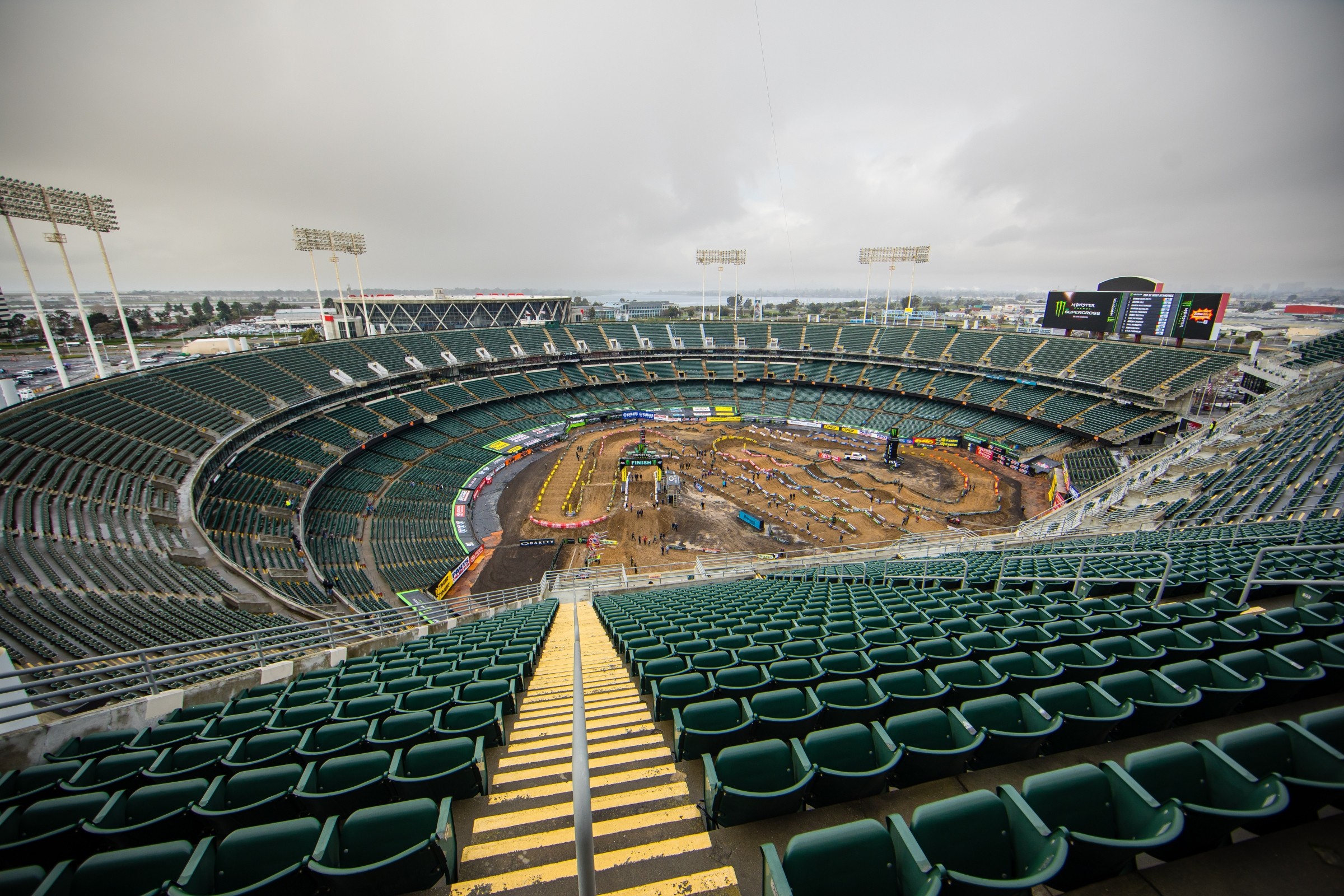 Comment: Bisceglia announced on Thursday he will miss Oakland after breaking "some ribs" in a crash in Glendale. He hopes to return for San Diego.

Comment: Enticknap will miss a substantial amount of racing after breaking his pelvis in three places while practicing last week.

Comment: Hansen raced Red Bull Straight Rhythm after breaking his foot at the Monster Energy Cup, but afterward determined he needed more time off to fully heal. We reached out to his team, but at time of posting hadn’t received an official word on his status for the weekend.

Comment: Millsaps will miss at least the first six races after sustaining a bad concussion and fractured left elbow at the Monster Energy Cup.

Comment: It was originally thought Alix would miss a few more races, but he'll be back on the gate in Oakland.

Comment: Due to nine broken ribs, a hurt shoulder, and a concussion suffered in Houston, Cooper will miss at least four to six weeks.

Comment: Forkner broke his collarbone in November but is busy preparing for the 250SX East Region season opener.

“Ur wrist won’t be right for about a year” they said “sucks ur gonna miss supercross” they said. “See ya at dallas” I said

Comment: Martin crashed at A1 and sustained a hairline fracture to his collarbone. He’ll make his return to racing this weekend in Oakland.

Comment: Nichols will be ready for the 250SX East Region after breaking his upper arm in mid-December.