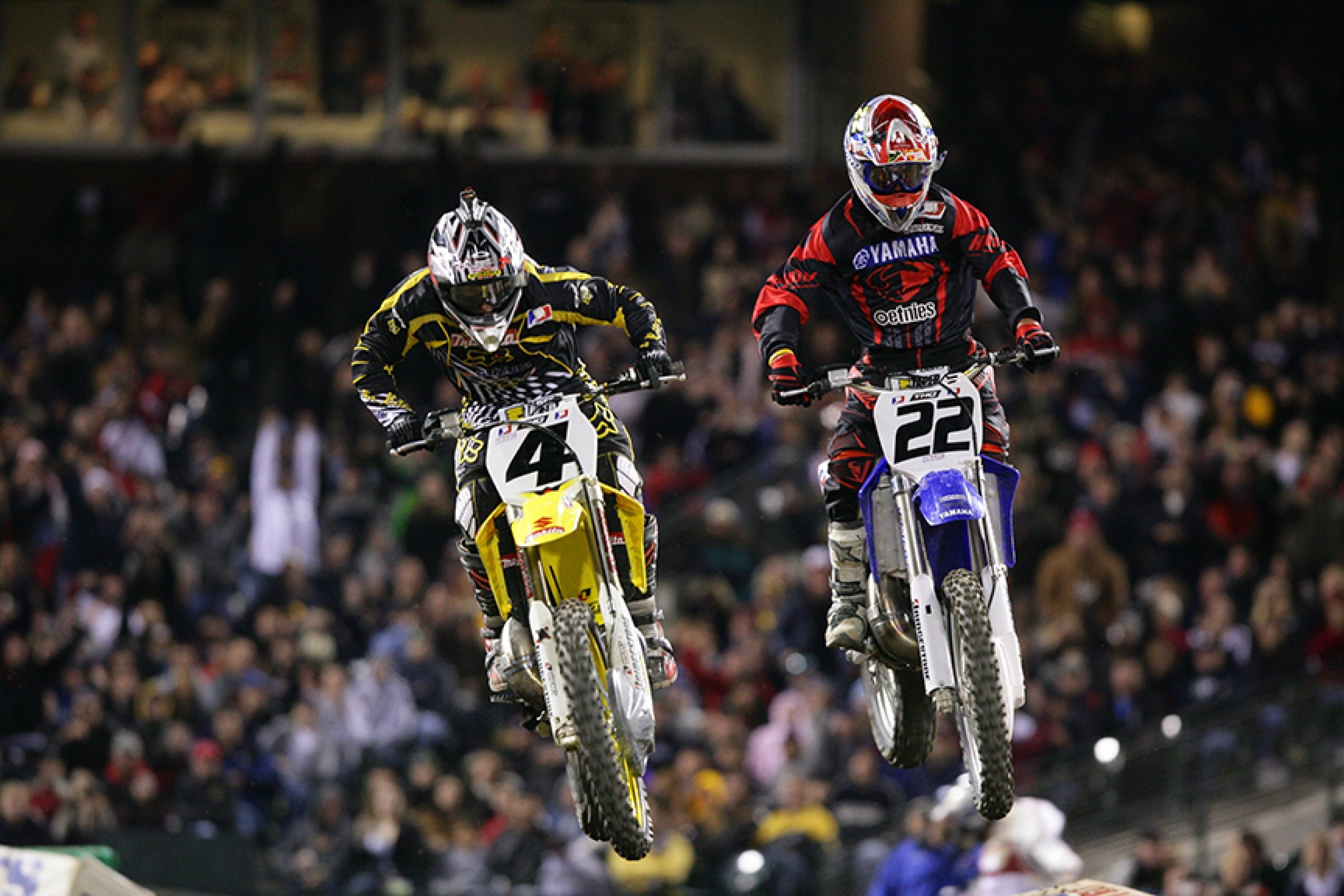 On This Day in Moto January 29

Team Honda's David Bailey got the first AMA Supercross win of his career with a thrilling victory at the Anaheim opener over his teammate and good friend Johnny O'Mara, who passed Broc Glover in the last corner. After the win, on NBC Sports, Bailey was handed a 40-ounce Miller High Life beer (Miller was the series sponsor) and he looked at it, smiled, and said, "I'm going to drink this whole thing!"

Bailey, along with O'Mara, was Honda's main man for 1983 after the brand lost not one, but two champions to injury. First, Donnie Hansen, the '82 AMA Supercross and 250 Pro Motocross #1, sustained a severe concussion in Germany the previous September while preparing for the Motocross des Nations. Then, 500cc National Champion Darrell Shultz did not overcome his knee injury that plagued him throughout his title campaign. Neither Hansen nor Shultz ever raced another AMA Supercross or National.

Defending AMA Supercross Champion Jeremy McGrath returned to Anaheim, the place where his winning ways began just one year prior, to win the '94 version over his Honda teammate, the veteran and former three-time champ Jeff Stanton. Jeremy had already opened his first title defense with wins in Orlando and Houston. As a matter of fact, he was already up to 12 career wins in that one year between Anaheim '93 and '94—and that doesn't count the two 125 Nationals wins he took while on his way to the '93 SX crown. As for Stanton, this would be his last-best supercross race; by RedBud, his home race, the six-time (including 250 MX) champion was ready to announce his retirement.

Yamaha's David Vuillemin got his second straight win in the 2000 AMA Supercross Championship at Bank One Ballpark in Phoenix over Jeremy McGrath and Kawasaki-mounted Ricky Carmichael. For the future GOAT, this race marked his first-ever AMA Supercross podium in the premier class. The 125cc winner was FMF Honda's Casey Lytle, who secured his one and only win in AMA 125cc Supercross. Shae Bentley and Travis Preston ran second and third (and our own Jason Thomas and David Pingree, the Pro Perspective duo every week in Racerhead, were eighth and ninth, respectively).