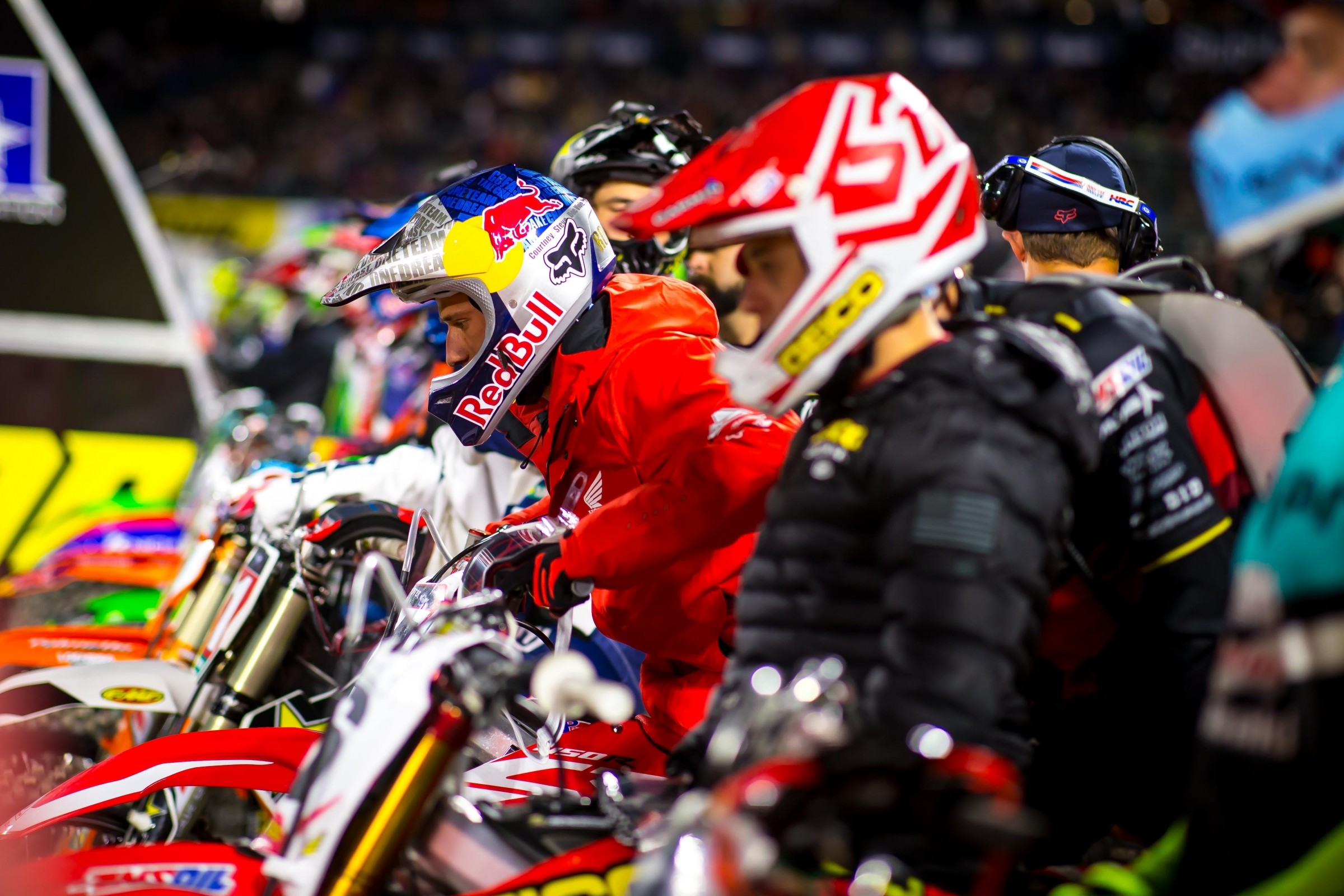 The third round of Monster Energy Supercross was the first to use the new Triple Crown format, adding another layer of excitement to the start of the season.

The format gave us racing that mattered as soon as the night show started, and by the end of the night we saw five different riders take the checkered flag in six motos. And because of the Olympic scoring system that was used to determine the overall, we still have close battles for the championship in both classes.

Let’s dive into the lap data to figure out how these races were won and lost, and what the three-moto format changed with this week’s Sign of the (Lap) Times. First, our traditional lap time charts.

The new format was a big hit with many, but one complaint was the appearance of less race time on TV and a lot more down time in between the races. Throughout the night, we got about seven minutes less of actual race time when compared to the traditional format that was used at Anaheim 1. So, really, there wasn't much of a difference.

Jason Weigandt reported earlier this week that Feld is working on some solutions to fix the gaps, so we'll see if they can get something figured out by the Minneapolis Supercross, which will also use the new format.

One question I kept asking myself during the night was, "How would the championship points look if the riders were awarded the full amount of points for each moto like Lucas Oil Pro Motocross instead of using the Olympic scoring system?"

I went into the moto results and tallied up the totals as if each moto counted as a race to see how things changed. In 250SX, the adjusted points spread out the championship leaders quite a bit. Instead of a tie for the lead, Joey Savatgy would have a nine-point lead over Shane McElrath and a 16 point cushion over Aaron Plessinger in third.

In 450SX, Ken Roczen would be most affected by the points change. His night of battling subliminal demons would have really cost him if every race had counted individually for championship points. Under the adjusted points system, he would have fallen from fourth in points down to sixth. His points deficit would also double from 14 points to 28.

Obviously, it doesn't make much sense to use this adjusted points system this year, as it allows a large percentage of points to be earned over just three rounds. If Feld Motor Sports decides to use the three main event format for every round in the future, it'll be interesting to see if they stick with Olympic scoring to decide the overall or if they will award points for each moto.