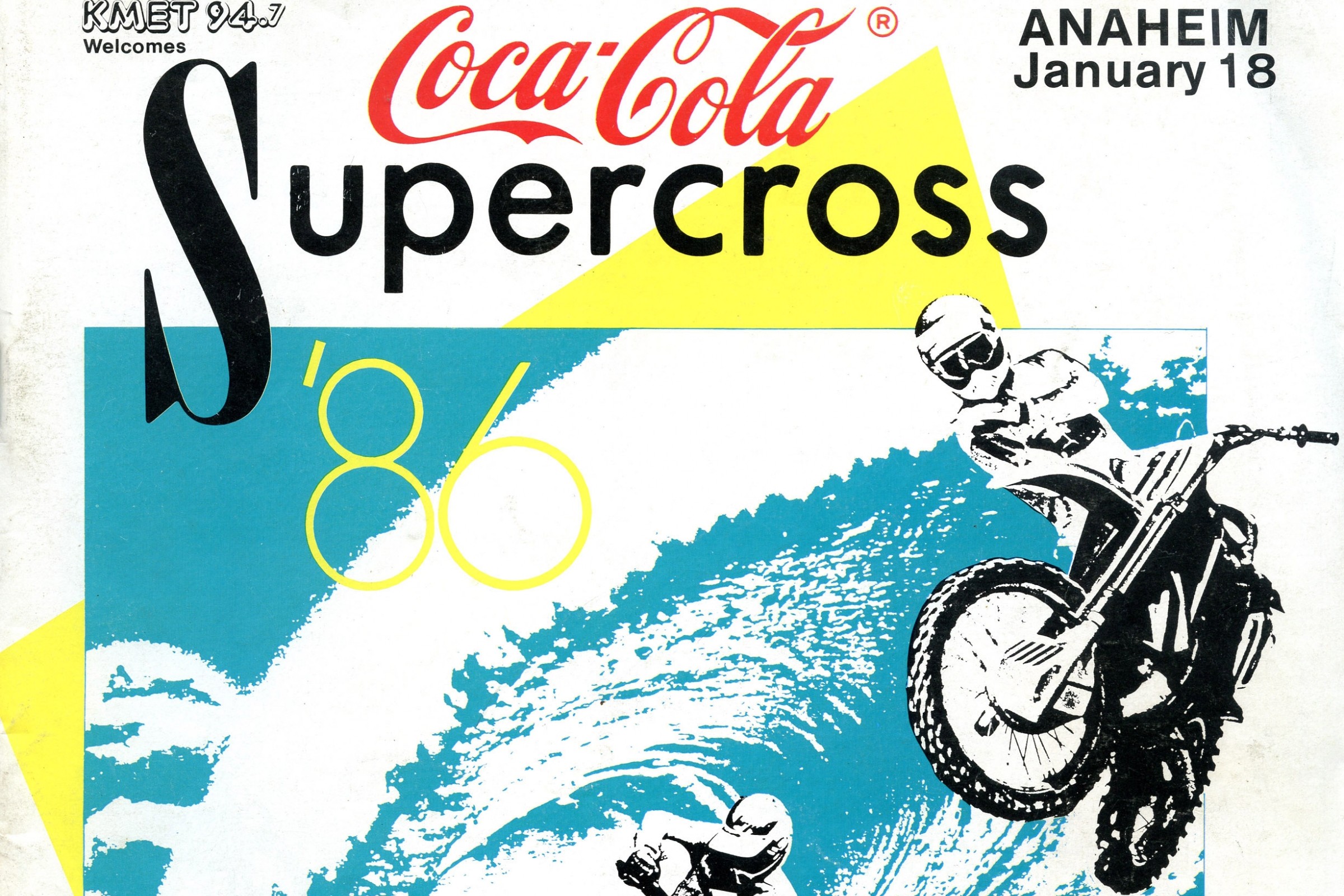 On This Day in Moto January 18

In what is arguably the best AMA Supercross race of all time, Team Honda's David Bailey and Rick Johnson had it out for the Anaheim Supercross win. The two giants of the sport would bang bars and pass back and forth from practically start to finish, with Bailey edging RJ in the end. Coincidentally, the defending series champion Jeff Ward of Team Kawasaki did not qualify that night after DNF'ing his semi with a broken throttle cable. He was able to hear the screams of the sold-out crowd while sitting in the nearby Del Taco drive-thru on his way home early for what was a forgettable night for him, but a remarkable one for everyone else.

The 125 class is won by Tyson Vohland, with Donny Schmit second in his AMA Supercross debut and minicycle prodigy Eddie Hicks third. (And a nod to regular Racer X Online reader Robert Fig Naughton on his eighth-place finish on that epic night in the 125 class.)

Rick Johnson surprised everyone when he signed a clothing deal with JT Racing. The reigning AMA Supercross Champion was with Fox Racing but could not come to terms, as his team, Honda, wanted him to sign through them with a Hondaline-affiliated brand. Johnson's lawyers were able to get around that, but not before Fox Racing effectively changed their focus to rising star Damon Bradshaw. "It was not something we were planning on, it just happened," JT Racing's John Gregory said in a statement on the signing.

Johnson also signed a three-year extension with Team Honda, and would soon reward both Honda and JT Racing with five straight AMA Supercross wins to start the season.

Cycle News reported that the battle between former business partners Mickey Thompson and Michael Goodwin was threatening the upcoming San Diego Supercross, scheduled for February 20. Goodwin was slated to be the promoter of that event but there was a conflict over the "ownership" of the date, as both Goodwin's Supercross Inc. (SXI) and the Mickey Thompson Entertainment Group (MTEG) were trying to corner the California stadium market for dirt-related events.

Damon Bradshaw won the Houston Supercross in the Astrodome ahead of Suzuki's Guy Cooper and Honda's Jean-Michel Bayle. The 125cc main event was a rare East/West Shootout, and the podium ended up being Brian Swink (Suzuki), Doug Henry (DGY Yamaha), and Jeremy McGrath (Peak/Pro Circuit Honda).

Team Honda's Ricky Carmichael took his first win of the 2003 THQ World Supercross GP/AMA Supercross Series at Anaheim's Edison International Field, topping Amsoil Honda's Mike LaRocco and Suzuki's Sebastien Tortelli. It was a momentum-changing win for the reigning two-time champion, as RC had crashed at each of the first two "domestic" rounds; he did not do the FIM World Supercross rounds in Europe and appeared to be a little rusty until Anaheim II.

In the 125 class, James Stewart demolished the main event, winning by more than 25 seconds aboard the #259 Chevy Trucks Kawasaki KX125. Andrew Short and Billy Laninovich finished second and third. It was Stewart's first career win under the Big A.