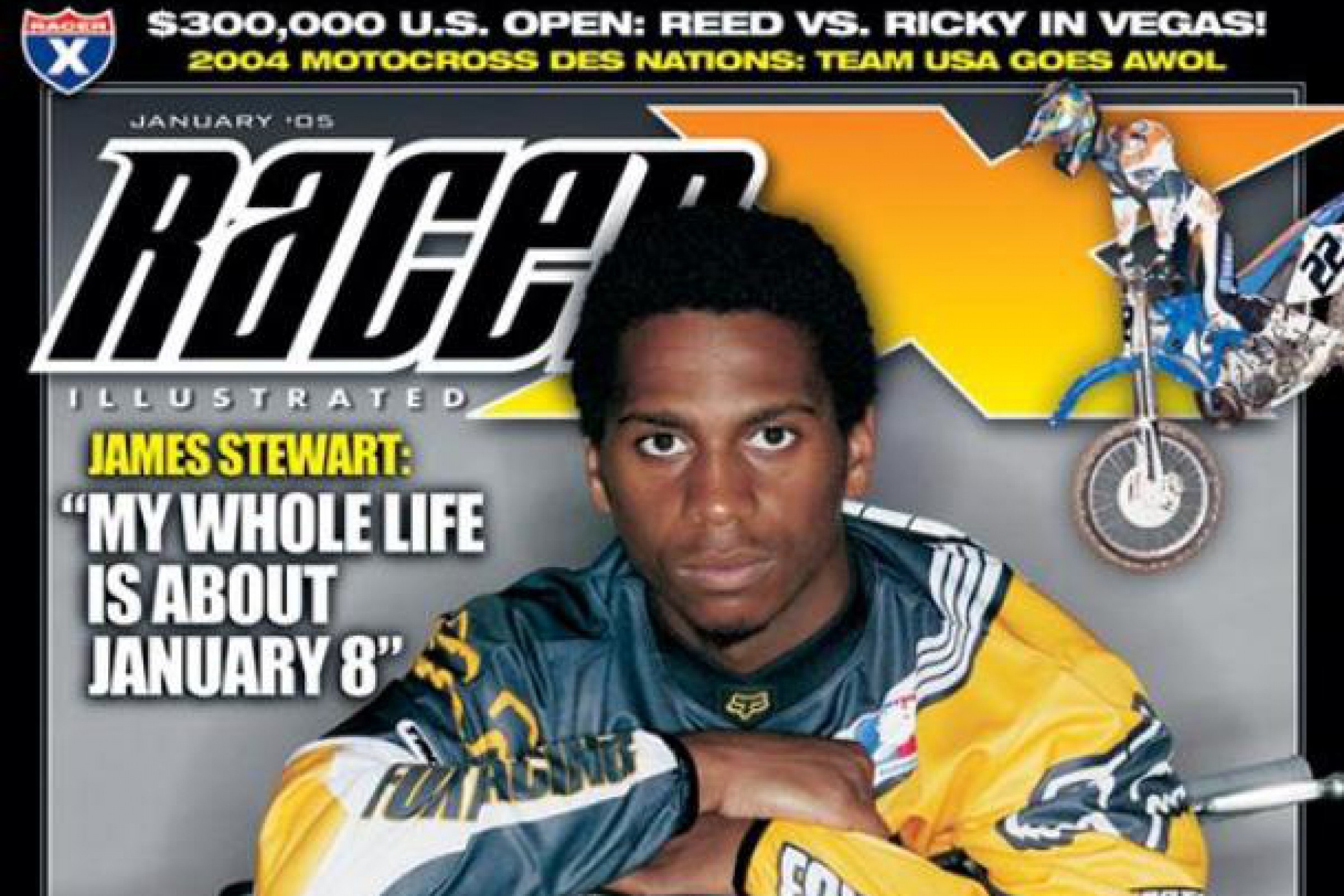 On This Day in Moto January 8

Michael Ray Craig is born. He would go on to become a Yamaha factory rider and later a longtime Honda of Troy rider. Craig won the 1994 Tampa 250 Supercross, becoming the first rider that season to beat incumbent champion and heavy favorite Jeremy McGrath. It was his one and only major win as a professional. He is also the father of Christian Craig, the current GEICO Honda rider and also the winner of an AMA 250 Supercross race. As a matter of fact, the Craigs are one of only two sets of father-and-son combinations to each have won an AMA Supercross race. The others are Donnie and Josh Hansen.

In the CMC/Dodge Truck Golden State Nationals opening round at Glen Helen Raceway in San Bernardino, California, Kawasaki's veteran Jeff Ward topped Yamaha's teenaged prospect Damon Bradshaw and Suzuki's Johnny O'Mara in a star-packed 250cc Pro class. Ward's Kawasaki teammate Ron Lechien finished second to him in the first moto, but they tangled in the second moto and the Dogger ended up with a DNF. Finishing tenth in the 250 Pro class was a kid on a Honda CR250 named Jeremy McGrath. The 125 Pro class saw Willie Surratt win on a Suzuki RM125 over Honda support rider Mike Kiedrowski, with Kyle Lewis third and Rodney Smith fourth.

The "Perfect Storm"—that is, the 2005 THQ AMA Supercross Championship—finally goes off at Angel Stadium after months of hype. The buzz began building when a myriad of storylines were all going to intersect on January 8, 2005. First, there was the return of three-time AMA Supercross Champion Ricky Carmichael, who missed the 2004 series with a knee injury but came back to win every moto outdoors in '04, then switched to Suzuki. And moving up to the 250 Class after three years of dominance in the 125 Class was James Stewart, who had even shot a cover story for Racer X Illustrated in which he said, "My whole life is about January 8." Even Jeremy McGrath was coming back to do some cameo work with Honda, and many were still holding out hope that Travis Pastrana may actually, finally realize his potential inside a stadium on a 250ccc motorcycle.

Waiting for all of those newcomers were the previous year's frontrunners, the '04 champion Chad Reed, runner-up Kevin Windham, the veteran Mike LaRocco, past contender David Vuillemin, and more. The hype was as big for this Anaheim opener as any single race in the history of the series—330 race wins and some 25 major titles were represented on the starting gate—and it might have delivered, if not for the fact that no one told the weather gods. The gathering of the most-ballyhooed field in series history was literally swamped in rain, forcing the laps to be cut and the race to winnow itself down to a survival run. The winner ended up being the steadfast and rain-savvy Kevin Windham, with LaRocco second, and Carmichael third.

The 125 Class winner was Nathan Ramsey on a KTM, followed by Honda riders Nathan Woods, Akira Narita (the only podium ever in SX for a Japanese rider), Tommy Hahn, and the veteran Steve Lamson.

Monster Energy Kawasaki's Ryan Villopoto opens the 2011 AMA Supercross Championship with a win at Anaheim's Angel Stadium over defending series champion Ryan Dungey, who rode on his Suzuki RM-Z450 for the first time without support from Roger DeCoster and Ian Harrison. Both had left the Rockstar/Makita Suzuki team to work with Red Bull KTM. They would be reunited with Dungey one year later, when he also went orange. Finishing third that opening night was James Stewart on a Yamaha YZ450F. In the Lites class, it was a 1-2 sweep for Monster Energy/Pro Circuit Kawasaki as Josh Hansen topped Broc Tickle in the 15-lap main event, with TLD Honda rider Cole Seely third.