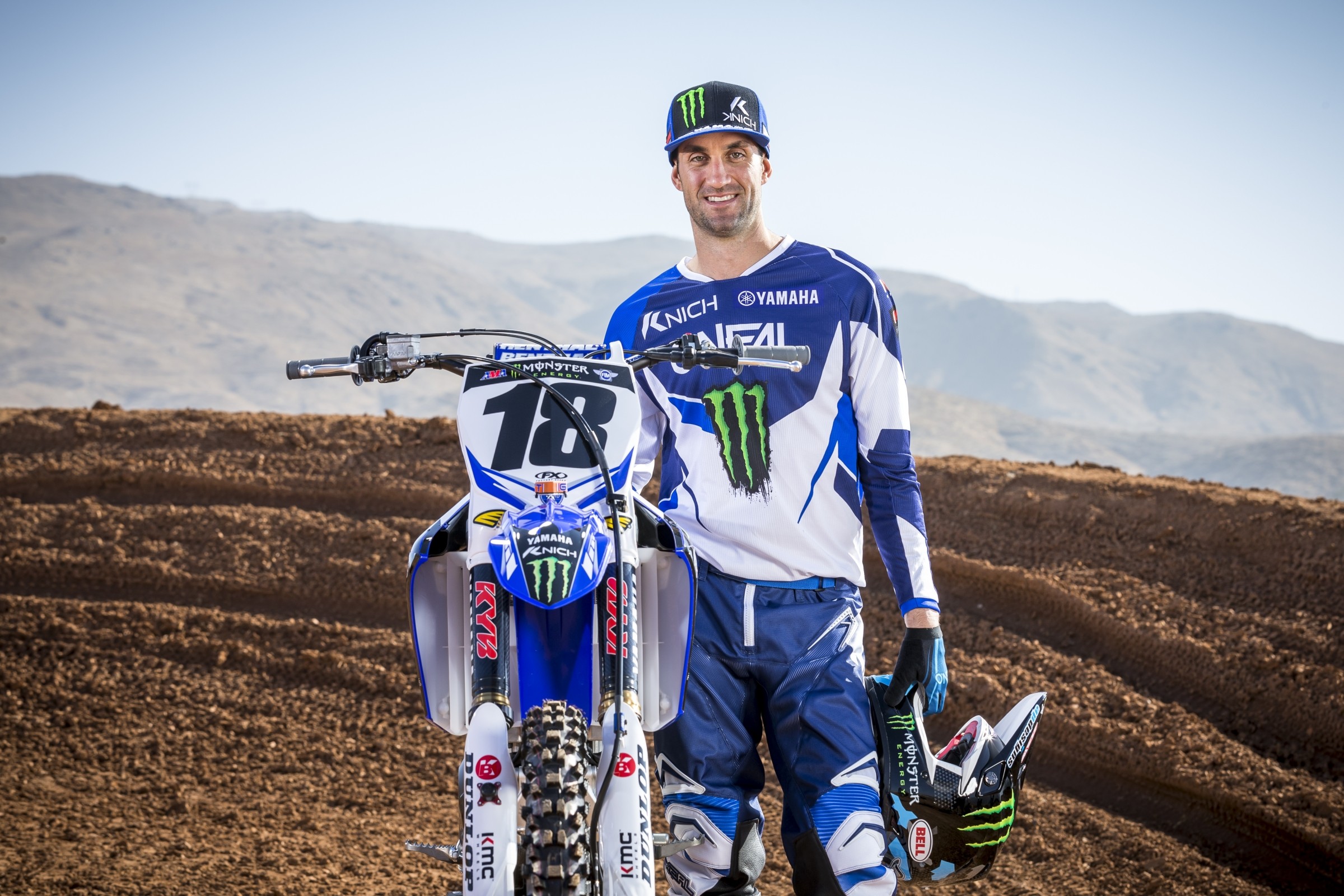 Comment: Bloss crashed while practicing in November and sustained a bruised left lung and a small pneumothorax. Per the Mayo Clinic, “a pneumothorax occurs when air leaks into the space between your lung and chest wall. This air pushes on the outside of your lung and makes it collapse. In most cases, only a portion of the lung collapses.” Bloss is in for A1.

Really showing some style at the end, feeling ready for the weekend ?: @tallon_212

Comment: Bogle sustained a concussion at the 2017 Monster Energy Cup, then crashed again later during testing. The team says the crash has kept him off the bike for “an extended period of time.” He’ll miss the season opener.

Comment: Miller crashed in November while practicing and dislocated his hip, fractured his hip socket, and broke his L21-L3 vertebrae. He’s back on the bike and will be ready for A1.

Comment: Millsaps fractured his left elbow and suffered a concussion during practice before the Monster Energy Cup. He underwent surgery and is scheduled to miss at least the first six weeks of 2018.

Comment: Reed sustained two fractures in his ankle during a practice run at Red Bull Straight Rhythm. He underwent surgery and has maintained that his goal is to be ready for A1.

Comment: Roczen suffered a big crash at Anaheim 2, 2017, causing him to miss the rest of the year. He’ll be back racing at A1.

Comment: Weimer had a bad crash while practicing during the off-season, which resulted in a fractured right wrist, broken left scapula, broken left elbow, bruised ribs, a bruised right lung, and a collapsed left lung. He’s back on the bike and was originally hoping to be ready for A1, but earlier this week told us it’s likely he’ll miss the first two rounds.

Comment: Forkner cased a rhythm in November and crashed, which resulted in a broken wrist and collarbone. The team says he should be ready to race when the East Region gets going.

Comment: Leib fractured his wrist in a crash in December, but recently told us he “should be able to get through the first few rounds and have a strong middle/end to the 2018 West Coast.”

Comment: Nichols suffered a broken upper arm in mid-December. Nichols, who’s been able to recover rapidly from injuries in the past, is expected to be ready to go for the start of the East region.