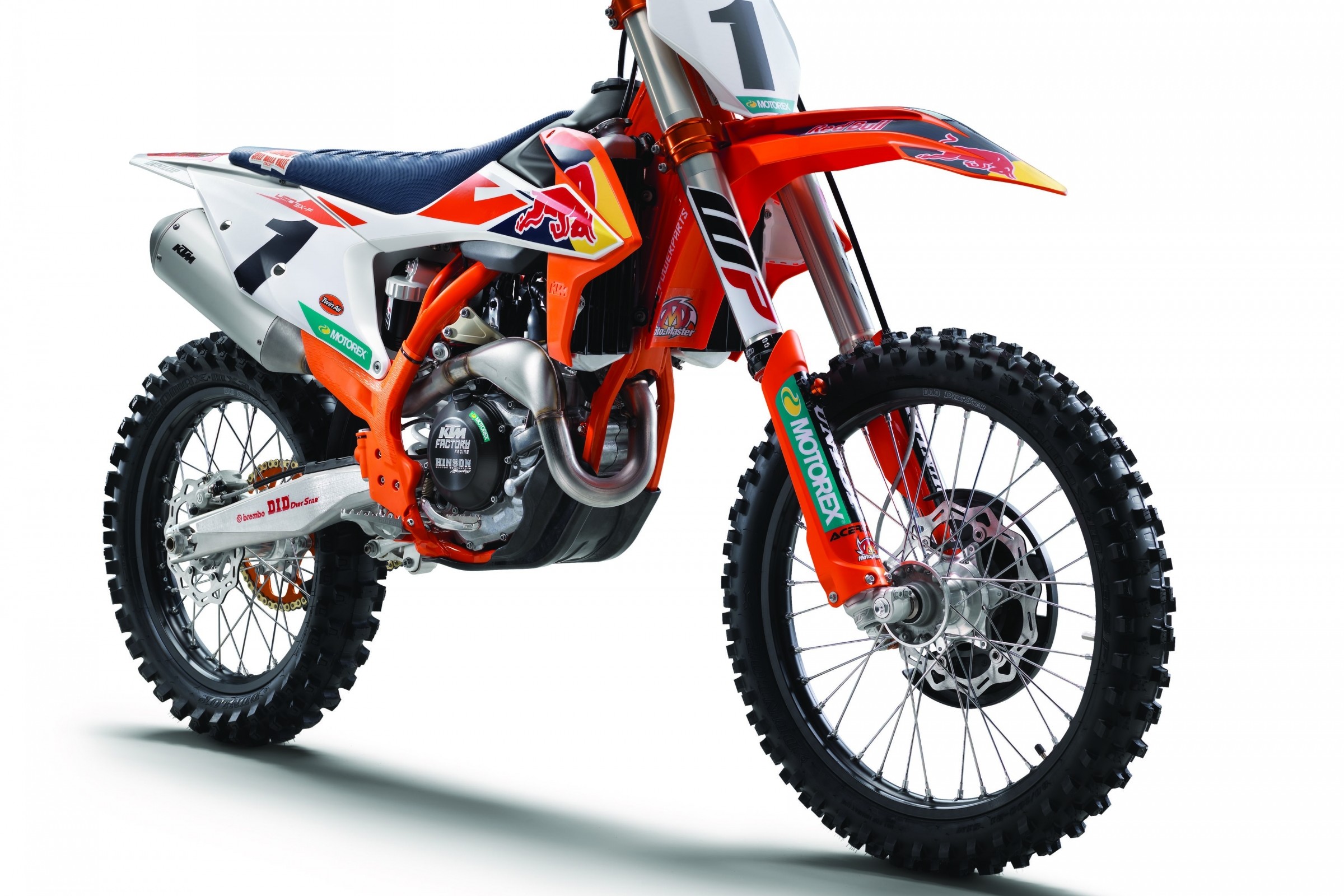 Once again, KTM has used its early-December factory team introduction to unveil its latest-generation bikes—in this case, the 2018 450 SX-F Factory Edition. As usual, a quick glance at the Factory Edition bike makes it appear like a regular 450 SX-F sprinkled with cool details like factory graphics and bolt-on parts. Every few seasons, though, the Factory Edition actually becomes the early launch point for the next-generation of KTM bikes, and that is the case this year.

After racing that new-gen bike in 2015, 2016, and 2017, KTM kicked off the latest changes with the 2018 450 SX-F Factory Edition. These changes aren’t as radical as the nearly ten-pounds-lighter bikes that debuted for ’15, but at this point, KTM doesn’t need to make that kind of progress, as the current bikes are very successful.

What’s changed? A KTM press kit released today explains that the machines “feature a reworked chassis with new bodywork, an updated engine, and new suspension settings with new triple clamp to ensure its owner will rise above the competition with agile, powerful performance at the lowest weight in its class.”

On the hardcore end, the frame “features an increase in torsional rigidity for improved bump absorption, stability and rider feedback. A new aluminum subframe is 40 mm longer for a stiffer rear section. The orange powder-coated frame is fitted with color-matching frame protectors and a carbon fiber reinforced skid plate.” The swingarm also features a 5mm longer rear axle slot, so the wheel can be slid back for those looking for increased straight-line stability.

We detected some of these changes on Marvin Musquin and Broc Tickle’s bikes at the Monster Energy Cup, but KTM was coy about the details at that time.

The bodywork changes are subtle but you can detect them if you look closely; KTM says the bike is slimmer and the seat has also been redesigned.

The engine has been reworked, too, and KTM says it’s a pound lighter and 15 mm lower. You’ll also notice the new exhaust header pipe, which features a reshaped resonance chamber. A new position for the joint between the muffler and header makes it possible to remove the header without having to remove the shock absorber. The new muffler is shorter and more compact to bring the weight closer to the center of gravity while delivering the same performance and competition-legal noise levels.

Suspension has also been updated, highlighted by a new WP DCC shock absorber featuring a new main piston and setting. The forks on the Factory Edition come with a holeshot device built right in. As expected, there are a ton of cool details on this bike, from the Ryan Dungey-style graphics (including the number-one plates) to some carbon fiber parts.

For now, the 2018 450 SX-F Factory Edition represents the ultimate bike for a KTM enthusiast, but deeper inside, it carries the underpinnings that we expect to see on the entire line of KTM bikes as early as next year.