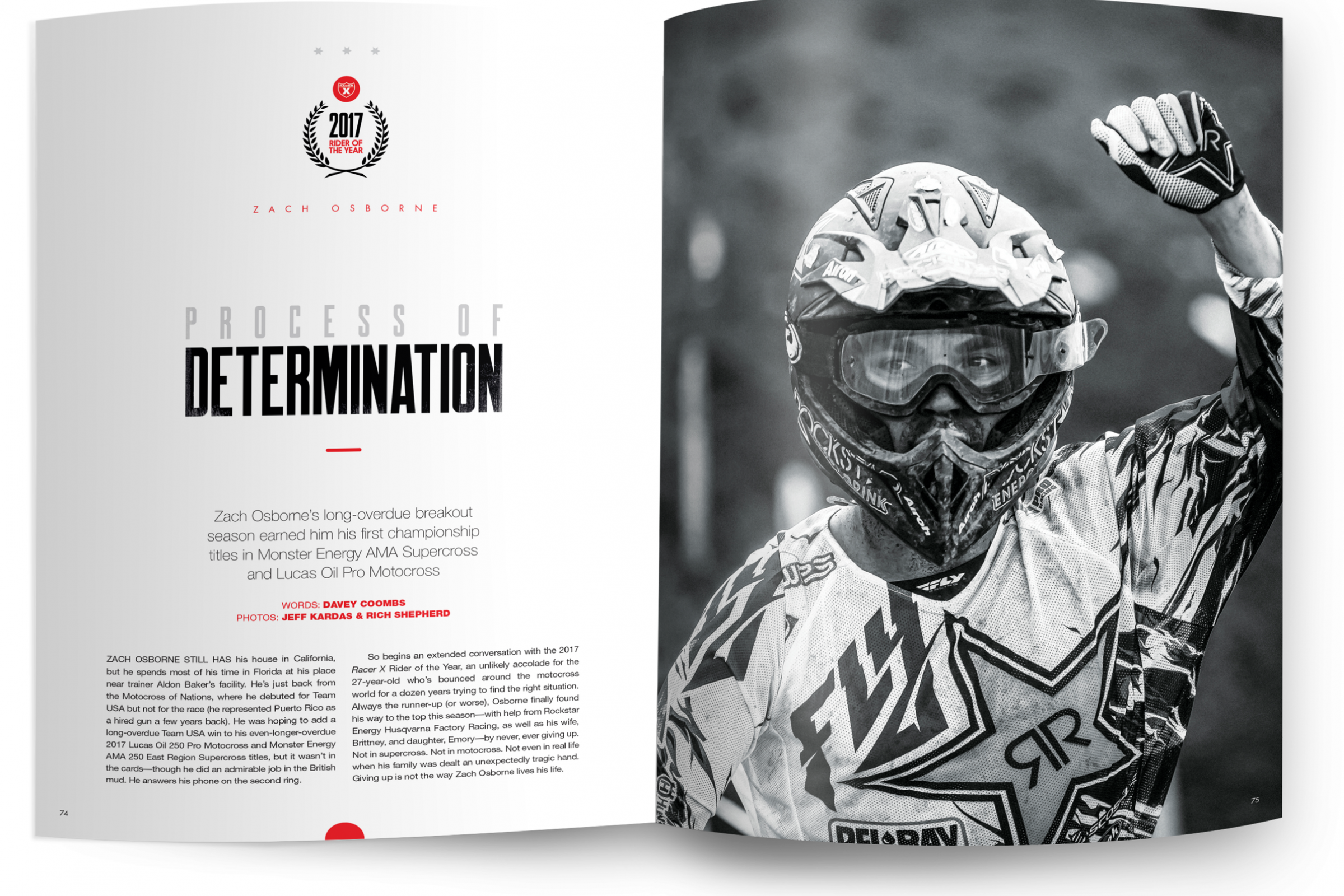 In the January issue of Racer X Illustrated, we named Rockstar Energy Husqvarna’s Zach Osborne as our Rider of the Year. Osborne won the 250SX East Region in Monster Energy Supercross in dramatic fashion and followed it up with a dominating summer, which ended with a 250 title in Lucas Oil Pro Motocross—both were career firsts.

The year is winding down, and we wanted to know who you think the Rider of the Year was in 2017. Vote below.

You can read Davey Coombs’ story on Osborne by subscribing now.