Zach Osborne still has his house in California, but he spends most of his time in Florida at his place near trainer Aldon Baker’s facility. He’s just back from the Motocross of Nations, where he debuted for Team USA but not for the race (he represented Puerto Rico as a hired gun a few years back). He was hoping to add a long-overdue Team USA win to his even-longer-overdue 2017 Lucas Oil 250 Pro Motocross and Monster Energy AMA 250 East Region Supercross titles, but it wasn’t in the cards—though he did an admirable job in the British mud. He answers his phone on the second ring.

So begins an extended conversation with the 2017 Racer X Rider of the Year, an unlikely accolade for the 27-year-old who’s bounced around the motocross world for a dozen years trying to find the right situation. Always the runner-up (or worse), Osborne finally found his way to the top this season—with help from Rockstar Racing Husqvarna, as well as his wife, Brittney, and daughter, Emory—by never, ever giving up. Not in supercross. Not in motocross. Not even in real life when his family was dealt an unexpectedly tragic hand. Giving up is not the way Zach Osborne lives his life. 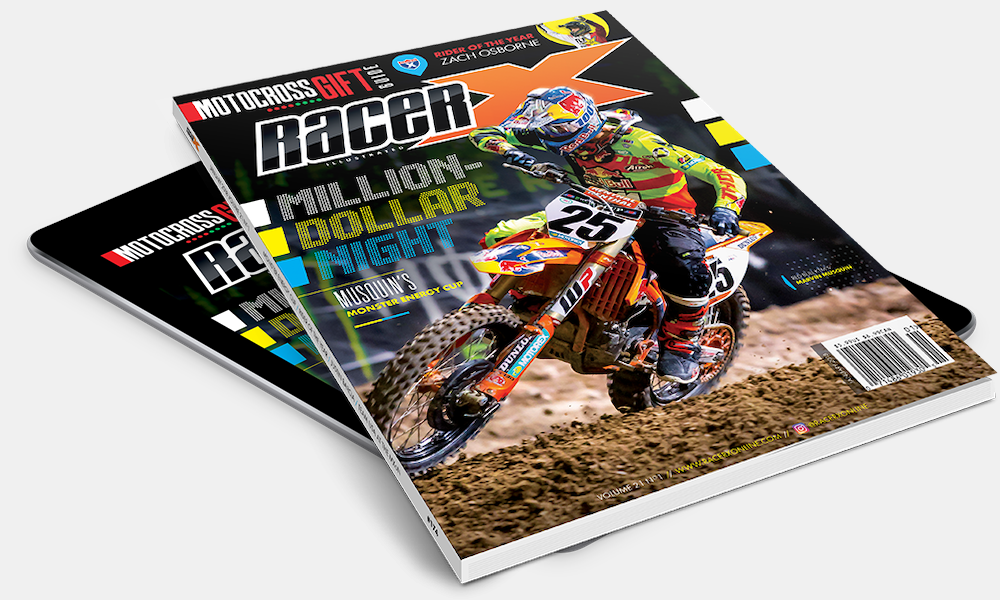