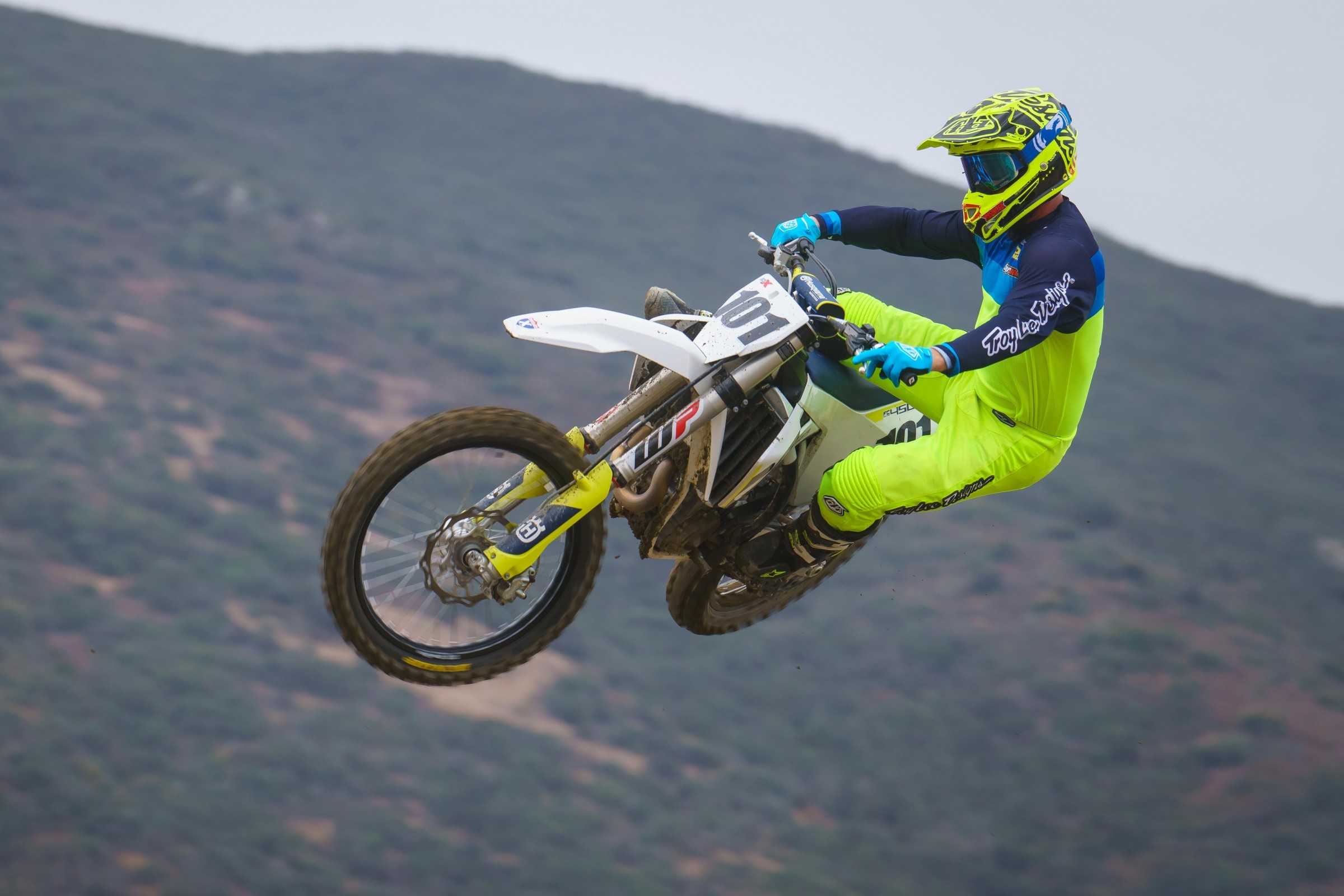 I am a year short of 50 and a second-generation dirt bike racer/rider. I raced on and off from age 7 until I was 36. I still ride occasionally and I am still a SX/MX fan. I have seen this sport evolve my entire life and I planted the seeds that made my nephews third-generation riders/racers, who compete locally.

In my opinion, the "industry" is myopic, delusional, and incestuous because it is concentrated in a small community that concentrates on sanctioned competition as the only form of marketing. I can see the validity of "race on Sunday, buy on Monday," but it is pandering to the people who already ride or race. Why doesn't "lifestyle" marketing have a bigger presence in dirt bike marketing? Other outdoor action sports like skiing, MTB, surfing, etc., all embrace the recreational aspect of their sports as well as competition in order to appeal to a broader market.

When getting my nephews (who are 4 and 6 years old) involved in riding, I used electric dirt bikes as their first bikes. We went to a park in their suburban neighborhood and set up some cones to mark a track. The reaction by people at the park was positive and there was interest in the bikes. I am sure that if I would have unloaded a couple of 50cc mini bikes, this would not have been the case. I am sure the police would've been involved. Do you think electric bikes are a viable option to help expand the dirt bike market

I think the manufacturers do push the casual riding lifestyle, but it is more focused on trail bikes rather than the motocross models. Riding tracks for fun without racing has definitely become more popular in recent years, and maybe it is time for marketing folks to stop fighting that and embrace it. Surfing, as you mentioned, is more about the experience and the joy of the sport than battling for waves in a contest. Very few people who surf recreationally watch the WSL series and know all the top competitors. But that doesn’t mean they don’t buy new boards and wetsuits and get out in the water on a regular basis. I think you’re right; this is an avenue that the marketing folks in our sport need to capitalize on. Motocross doesn’t have to be focused on competition and pro racing. There is a rapidly growing contingent of riders who don’t race anymore but love to ride tracks; I would have to include myself in that category since I only race a handful of times per year. Personally, I don’t think you have to be a racer to love and enjoy this sport. Folks who ride regularly are still buying bikes, gear, parts and accessories, and supporting the industry, even if they never sign up for a race.

Is there anyone in the past 10 years you would say has not amounted to their full potential, i.e., a modern-day Brian Swink? I appreciate that the list could be huge, but is there someone in particular that stands out?

This list is huge, and if you went back another decade, I could add myself to it. I can’t even narrow it down to one rider, so I’ll just say Justin Barcia, Austin Stroupe, and Jason Lawrence. When Barcia first moved up to the 450 class, I thought he was going to be the next rider to dominate the class, a la Jeremy McGrath in 1993. He came out firing and then cased a triple and split his chin open at Anaheim, stealing all his momentum. He had flashes from time to time after that, but he was never consistently a title threat like many expected. But at least Barcia is trying and putting in the work. Austin Stroupe and Jason Lawrence both had more talent in one finger than many pro racers with better resumes. Unfortunately, they used those fingers to pack bong loads and piss away their opportunity in the sport, sometimes literally in urine testing. Sure, JLaw won a 250SX West Region supercross title, but he was so good on a motorcycle he could have been a 450 champion if he wasn’t such a butthole. Stroupe’s path into drugs has been well documented. He went from being the next Ryan Villopoto to just another cautionary tale for young riders. There are far more guys who don’t make it in this sport than do. These guys just stand out because they were exceptionally talented.

With all the responses and attention to the two-stroke Red Bull Straight Rhythm and the fans it pulled, why not have something similar in supercross? Like, for example, a two-stroke intermission race with the likes of Ronnie Mac, Stankdog, Johnny O'Hannah, Trevor Piranha, etc. Kinda like the WWF for supercross fans that live and breathe two-stroke anything. I know Jason Weigandt would love this! We could have more colorful racers with the nicknames and attire to match. Scripted or unscripted races, whatever works. I am not a promoter, but something like this could really work. Heck, as a former racer, you could get in on this as well. Just pick or invent a character and hop on your old two-stroke and battle Ronnie Mac. Perhaps some retired racers could come back, make a little money, and have some fun with this. Let's not let just Ronnie, the motocross hillbilly, have all the fun. I loved seeing that ’98 CR250 kick some butt. The more the better!

There are a couple holes in your idea. The main problem is that Jimmy Albertson is still really fast, so you couldn’t just have any jackass grab a two-stroke and keep up with him. I haven’t ridden a supercross track in almost 10 years and I have absolutely no desire to go back. My chances of staying healthy would be better if I was the test pilot for the Mexican space program. And it takes a special kind of person to get into character like that and pull it off. You couldn’t get Ryan Dungey to do nose wheelies off the finish line and put an “I eat ass” sticker on his swingarm.

Here’s a better idea: What if there was a legit 125cc series within the Lucas Oil Pro Motocross Championship next summer? It would be kind of like the FMF Triple Crown last year, but instead of three rounds, it would be three rounds on the West, three in the Midwest, and three on the East. Then, the top riders from each series would meet in Indiana for a grand finale. You would have a better chance of getting some highly popular former pros to show up and race 125s than any other bike. And while none of them want to race on a supercross track (otherwise they would still be racing) they would enjoy a short race on a national track again. Wil Hahn, Ryan Sipes, Mike Brown, Ivan Tedesco, Nick Wey, Mike LaRocco, Buddy Antunez, Denny Stephenson, Casey Johnson, etc., and any fast local pros or up-and-coming amateur riders could line up and throw down for one 15-minute moto at halftime. Two-stroke fans would be happy, old fans would be happy to see some of their old heroes, and local hot-shots would get to race at a national venue… everybody wins. And the cool thing is, this is likely to happen. Details are still being sorted out, but if you have a 125 and this sounds like a good time, you might want to plan accordingly. I’ll see you at the West rounds and hopefully in Indiana.