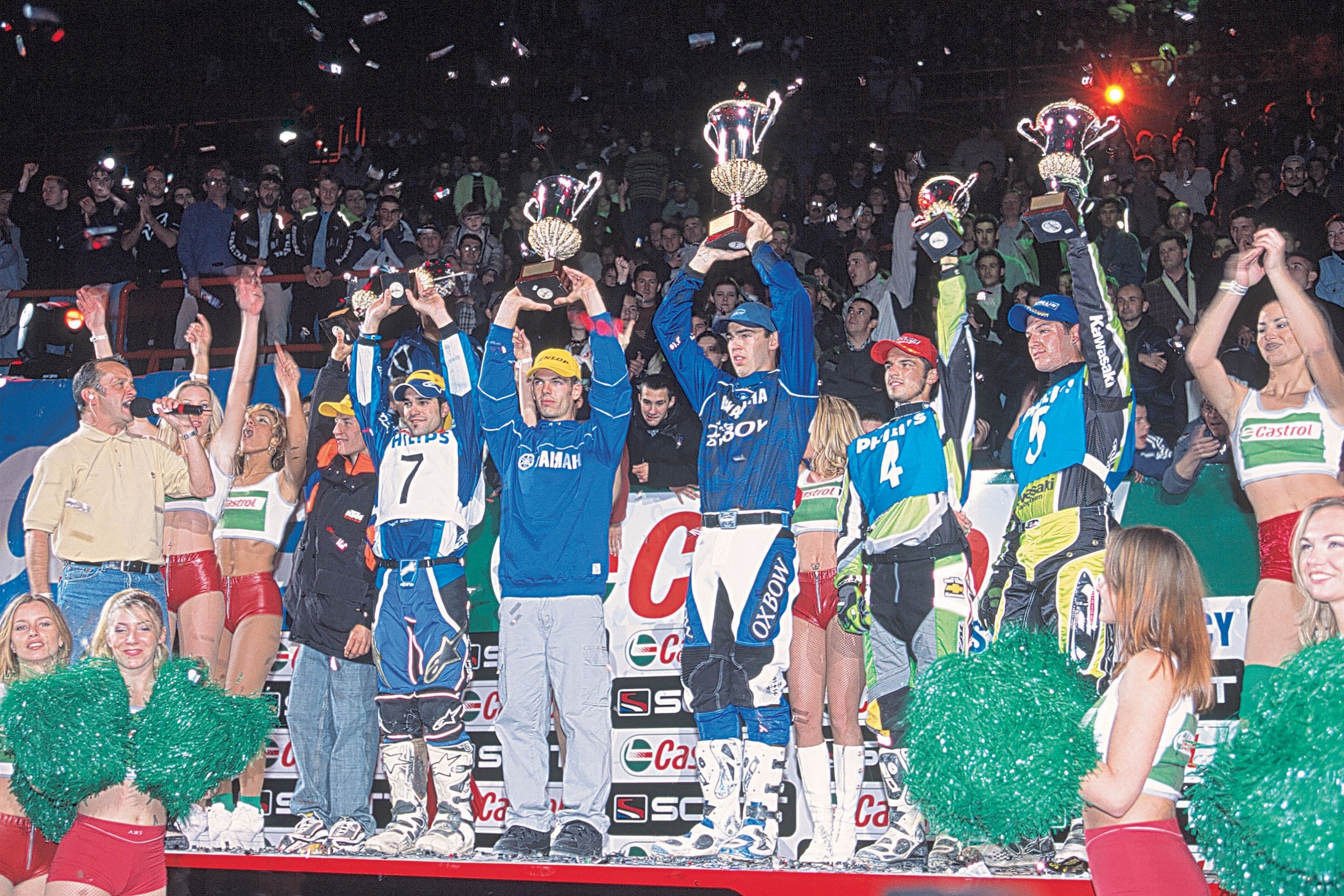 The Paris Supercross, formerly known as Bercy, then Lille for the past three years, is the most well-known and prestigious off-season supercross in the sport. Held since 1984, when David Bailey won the inaugural event (we spoke with Bailey recently about the win), the event has seen the who’s who of the sport triumph in the heart of France.

This weekend, another stacked field is set to compete, with returning King of Lille Marvin Musquin looking to become the first French rider to repeat as champion since David Vuillemin, who won three straight from 1999-2001. U.S.-based riders Jeremy Martin, Cole Seely, Dean Wilson, RJ Hampshire, and Zach Osborne are all making the trip.

Here's our annual rundown of stats from the granddaddy of the Euro SX scene.

Here's a note on the Prince of Bercy, which we have listed above from 1990 through 2001. During that span, Bercy ran a 125SX class just like we do here in the AMA races, with several top American 125 racers on the invite list. The event started to evolve, though, as the salaries of the U.S. riders began to rise sharply. It was no longer possible to afford full gates of U.S. talent in two classes, so the race began to funnel all imported talent into one main class. Also, for a few years, Bercy made a 250F-only rule for that main class, trying to avoid racing 450s in the tight confines of the old stadium. David Vuillemin dropped down to a YZ250F in order to race the event in 2003. Andrew Short was a top 250F rider in 2004 and 2005, and won Bercy both years on a CRF250R.

Eventually, 450s entered the show in order to attract big names like Chad Reed and James Stewart, who were not going to race on 250Fs. American 250 riders like Zach Osborne and RJ Hampshire will compete in the main class on 450s this weekend.

Bercy still offers a small-bore class, called SX2, but it's run in conjunction with the French Supercross Championship and the field is dominated by European riders. American Tyler Bowers is lining up on the gate this weekend, however. While Prince of Bercy is still an award, it's not the same as it was in the 1990s, when American stars like Jeremy McGrath, Jeff Emig, or even David Pingree (!) were battling for the trophy.

Below is the all-time Bercy/Lille main event wins list. The list includes both 250/450 and 125/250 races, and the event runs several per weekend. France’s David Vuillemin holds the record for most wins at the event with 20, with the King of Supercross, Jeremy McGrath, as second all-time with 16.

Here are some other notable stats:

- Last year, Red Bull KTM’s Marvin Musquin won both nights to capture King of Lille honors, becoming the first French rider to do so since Christophe Pourcel in 2006.

- An American has won King of Bercy/Lille a record 24 times. France is second with eight wins.

- David Vuillemin has a record four King of Bercy titles.

- Vuillemin and Jeff Emig are tied for most Prince of Bercy titles (two).

- This year will feature just one past King of Bercy/Lille: Marvin Musquin.

- After sweeping all four main events in 2014, Eli Tomac moved into a tie with Racer X’s own David Pingree, with six Bercy wins. Tomac will not compete this year, so Ping can hold on to past glory for at least one more year.

- An American won the first seven King of Bercy crowns before France’s Jean-Michel Bayle won in 1990. No shocker that JMB broke through first; that’s what he did everywhere else, too.