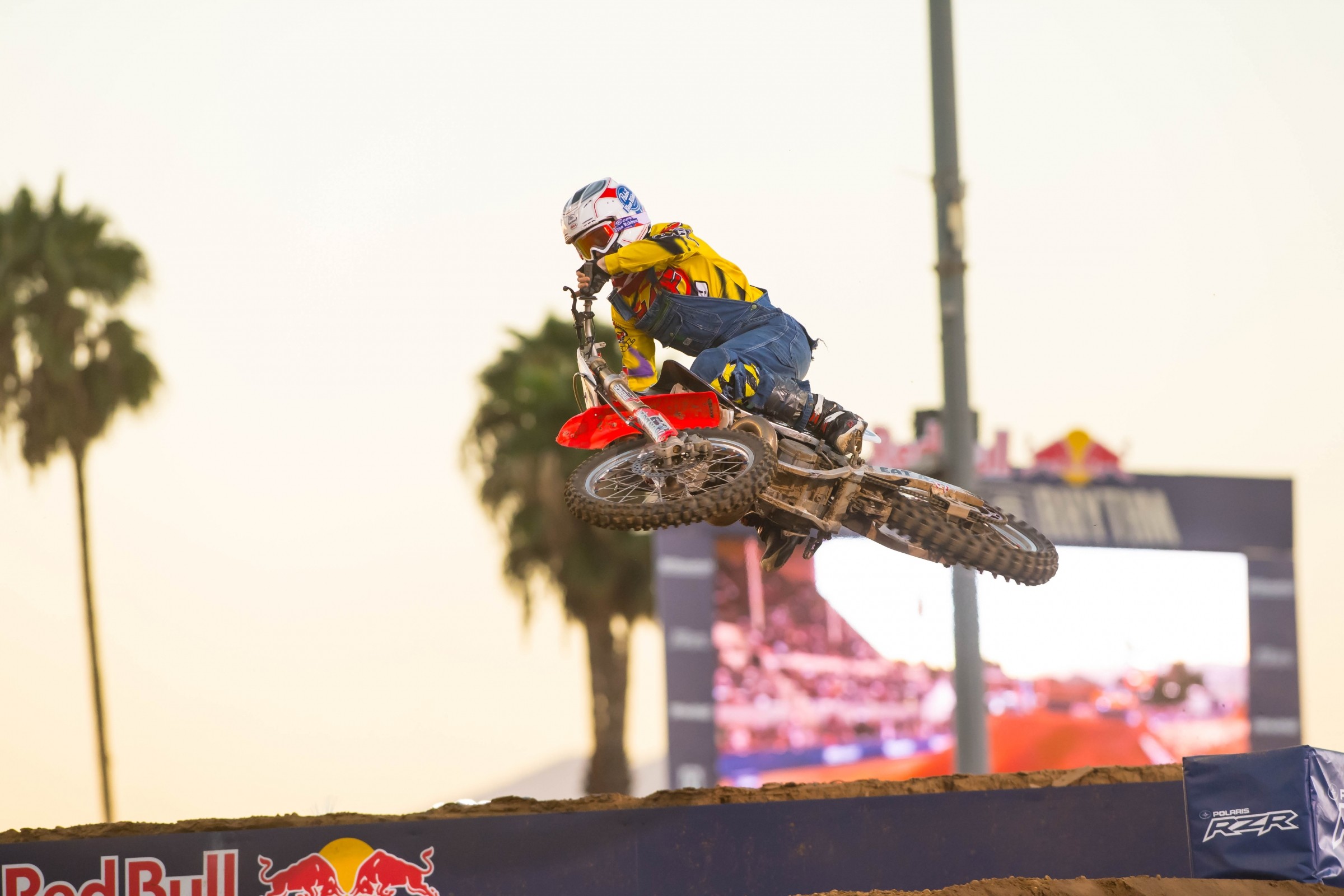 Boy has the world changed quickly. A little over a week ago, the promoters of the AUS-X Open in Sydney, Australia, were set to announce a killer two-stroke challenge between Ricky Carmichael and Chad Reed, touching all the right retro buttons for an audience that is all hot and bothered for two-strokes. Two-strokes provided the power for a great majority of this sport’s champions, but RC/CR represented the zenith, if only because they were the last two do it. The last premiere-class (250cc) champion indoors and out? Carmichael, taking the 2003 250 National Motocross Championship on a Honda CR250R, and the 2005 AMA 250 Supercross Championship on a Suzuki RM250. The last rider to win an AMA Supercross on a two-stroke? Reed, in the 2005 season finale in Las Vegas, on a Yamaha YZ250. Added to the mix in those waning two-stroke days was James Stewart on those #259 Kawasaki KXs. In all, four great lines of Japanese two-strokes, all winning races, and making those great sounds.

For the 2006 supercross season, Carmichael, Reed, and Stewart all switched to 450 four-strokes. End of the era.

So AUS-X, on November 11 and 12, was ready to capitalize on this recent tidal wave of two-stroke lust. Get Reed and RC back together again on proper 250s and rematch that 2005 season. Then Reed got hurt last weekend at Red Bull Straight Rhythm, on his two-stroke.

I talked to Reed briefly after the injury, which is now reported to be two fractures in the talus bone (ankle). He didn’t crash, but over jumped a jump on purpose just to try some different jump timing. However, Chad told me he “severely underestimated the suspension” on his old two-stroke, and on a landing that wouldn’t have been that tough on a modern bike with works suspension, he got full-metal-to-metal bottoming, and then his ankle took the rest of the hit.

What Straight Rhythm took away, it also giveth. The injury sucks for Reed and his fans, but the event also helped build the legend that is Ronnie Mac. Fact and fiction keep blurring here, but Ronnie proved he can race and draw a crowd. So when the AUS-X promoters went searching for a replacement for Reed, they didn’t ring up any former two-stroke supercross race-winning legends. They called Ronnie Mac (who, for as unsophisticated as he appears, presumably has a strong handle on social media and cell phones, and, now, perhaps business).

AUS-X Open is playing the nostalgia card hard by bring in Carmichael on his two-stroke, but Ronnie Mac, while playing the old-school vibe, is a product of You RonTube and Instagram. Expect much smack talking quickly, although you’ll have to follow Mac’s antics yourself, he goes well beyond what we’re allowed to post on this website.

Either way, expect to see him Down Under. Man, he’s going to have a field day with a phrase like that.