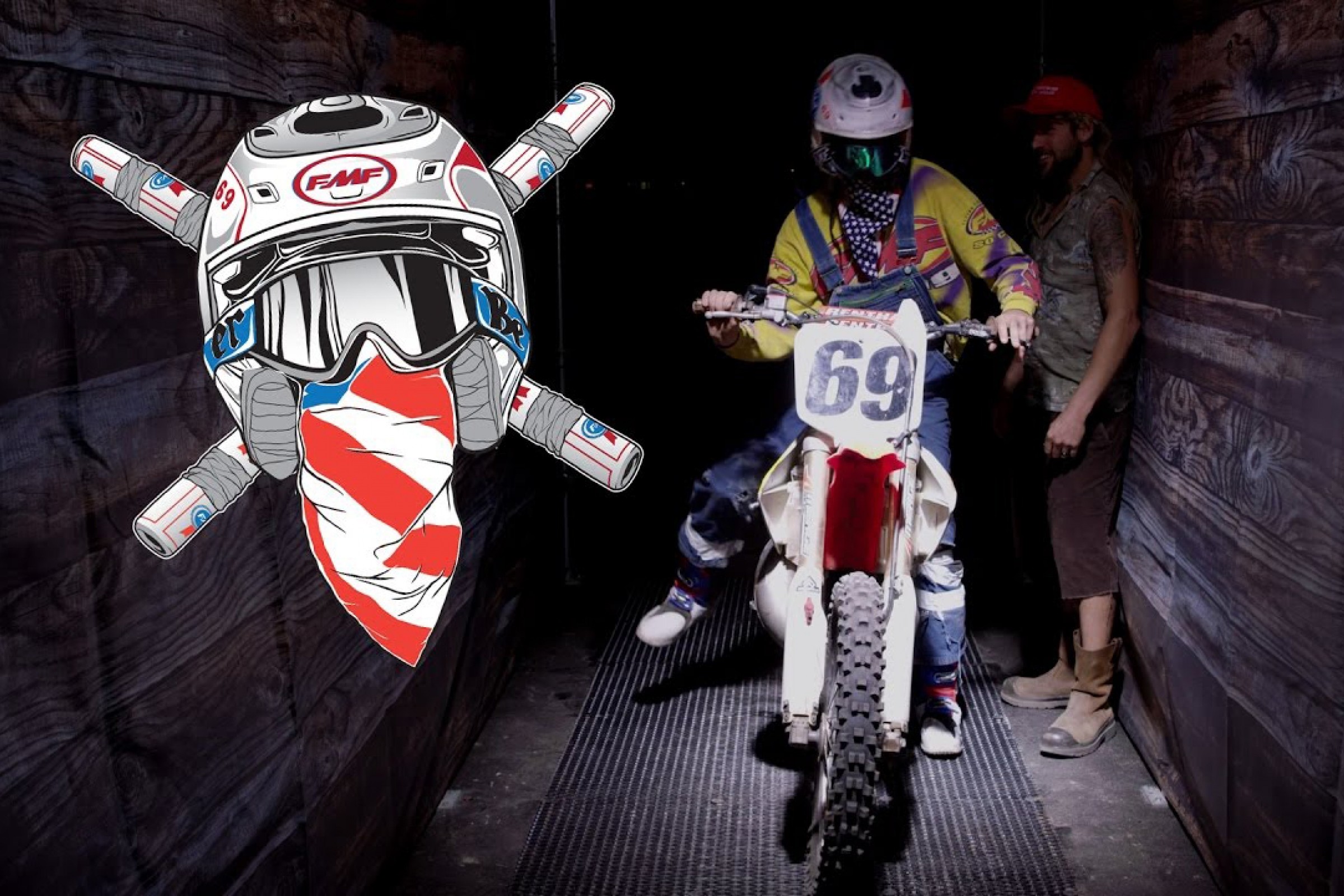 We knew Red Bull Straight Rhythm would be an innovative event when it first appeared a few years back, but we never imagined it would become a pioneer with off-track hype. Somehow, someway, some of the biggest personalities in the sport have decided to get engaged in a big way. Put it this way—last year Ronnie Mac actually showed up and was allowed to race. This year, he's practically grown into the event mascot.

Heck, he even has a damned movie about the event, in which he has to beat the Alta RedShift electric bike this year to prevent electric bikes from taking over and destroying two-strokes.

But Ronnie isn't cozying up to the two-stroke riders, either. He started this mess by calling out Chad Reed on Instagram. From there, the trash talk started coming fast and furious, including Ryan Villopoto's burn and Stank Dawg saying everyone is burnt.

We'll post the best posts that we can here—but we have to leave out most of Ronnie Mac's stuff because it's well beyond the guidelines for this website. Like his competitors, you've been warned.

@uncleronnie69 you don't want none! You'd have less of a fighting chance than McGregor #04 #champ

It's on!! I'm racing #straightrhythm #2strokerace @uncleronnie69 challenge accepted !!New project frame getting some fresh new power by my man @pcoater_shane This will be my CR 2stroke I'll race at the #straightrhythm Haven't a 2stroke since Vegas 2005 I'm so excited to finish this build and start riding it

Ronnie on RV and Reed:

I'll just leave this here @uncleronnie69 ... see you Saturday night.. #straightrhythm I know @crtwotwo needs no reminding he was there for all of them

Wait till you see how this SR250 turns out guys!! #straightrhythm @uncleronnie69 We are taking every precaution this thing is fast #wheeliebar

Hey @ryanvillopoto you couldn't handle the power of some pussy 4 stroke. What makes you think you can handle the two smoker against me?! #dirtallday #ronsontop #draggingass #nothaulingass

Stank Dawg gets in the mix:

These 3 idiots forgot one thing. I'm the only one on the entry list who actively races a 2-stroke. You guys are burnt out more then my roach.

Mike Brown goes two-stroke testing (not bad for an old guy on a 300!):

Out here at the @rockstarenergy @husqvarna_usa sx track on my #tx300 it’s been 11 year since on a 2 stroke on a sx Track and believe me they have came along ways had a great time out there with the team thanks for getting me a great bike! @scott_burtness @scuba821 @andybroshow @ultibro @motopartstrader and C- low @fmf73 @fxrmoto @bell_powersports @oakleymotorsports @alpinestars

Here is the weapon for the weekend big thanks to mitch @procircuit78 for getting the bike ready! On our way out to Pomona and get this W on sat night!! #straightrhythm #RVxAnswer @uncleronnie69 leave the old lady at home she doesn't need to watch you get embarrassed..

You som b!tch @uncleronnie69 got me already!