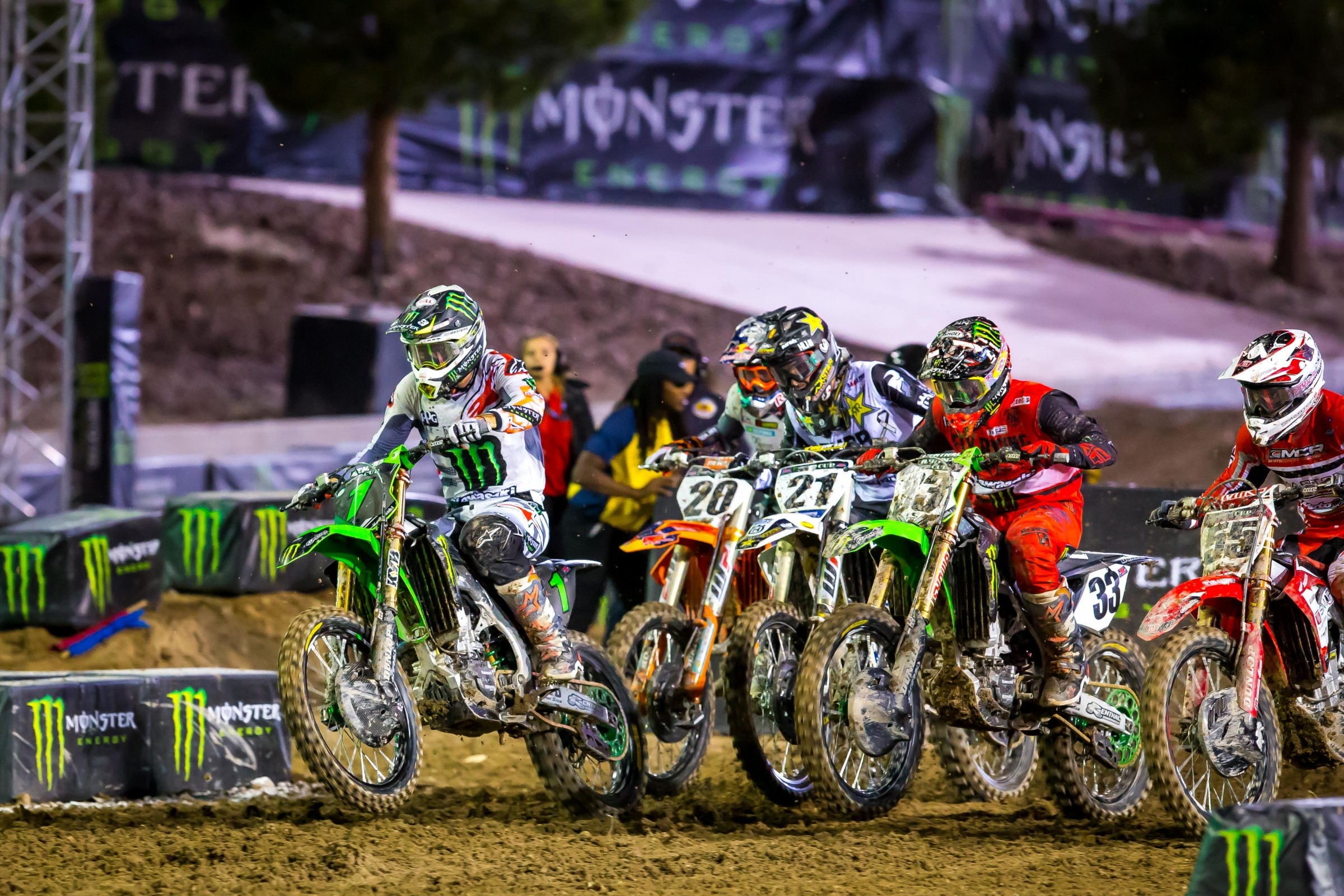 Marvin Musquin was the real monster at the Monster Energy Cup, hogging up all the race wins and the Monster Million payday. The RedBull KTM rider doesn't need any additional pats on the back—he's just rolling in greenbacks!

A look at this week's lap time charts shows exactly how dominant Marvin was. He had the fast lap in every race when you only count the laps run without the Joker Lane. Everyone leaving Sam Boyd Stadium would sum up the night by saying "Anderson was good, but Marvin was just a tick better." And that's exactly what these lap charts are saying, too.

However, we did notice one interesting note while perusing through the laps with the Joker Lane. Eli Tomac, during his very brief run at the event before crashing out, did log the fastest lap using the Joker Lane of anyone. Eli ducked into the Joker Lane as soon as it opened on lap two. Marvin jumped in on lap three. At that very early stage of the evening, Eli had the speed to match Marvin.

Unfortunately for the Vegas fans bracing themselves for a big battle, it ended soon after. By the time Marvin, on lap 4, was racing to the fastest non Joker Lane lap of the race, Tomac had crashed out.

Have a look at the lap charts from the Monster Energy Cup and see if anything else jumps out to you. The one thing we can see is that the Tomac/Musquin battle held some real promise—but it didn't work out. Try again at Anaheim?