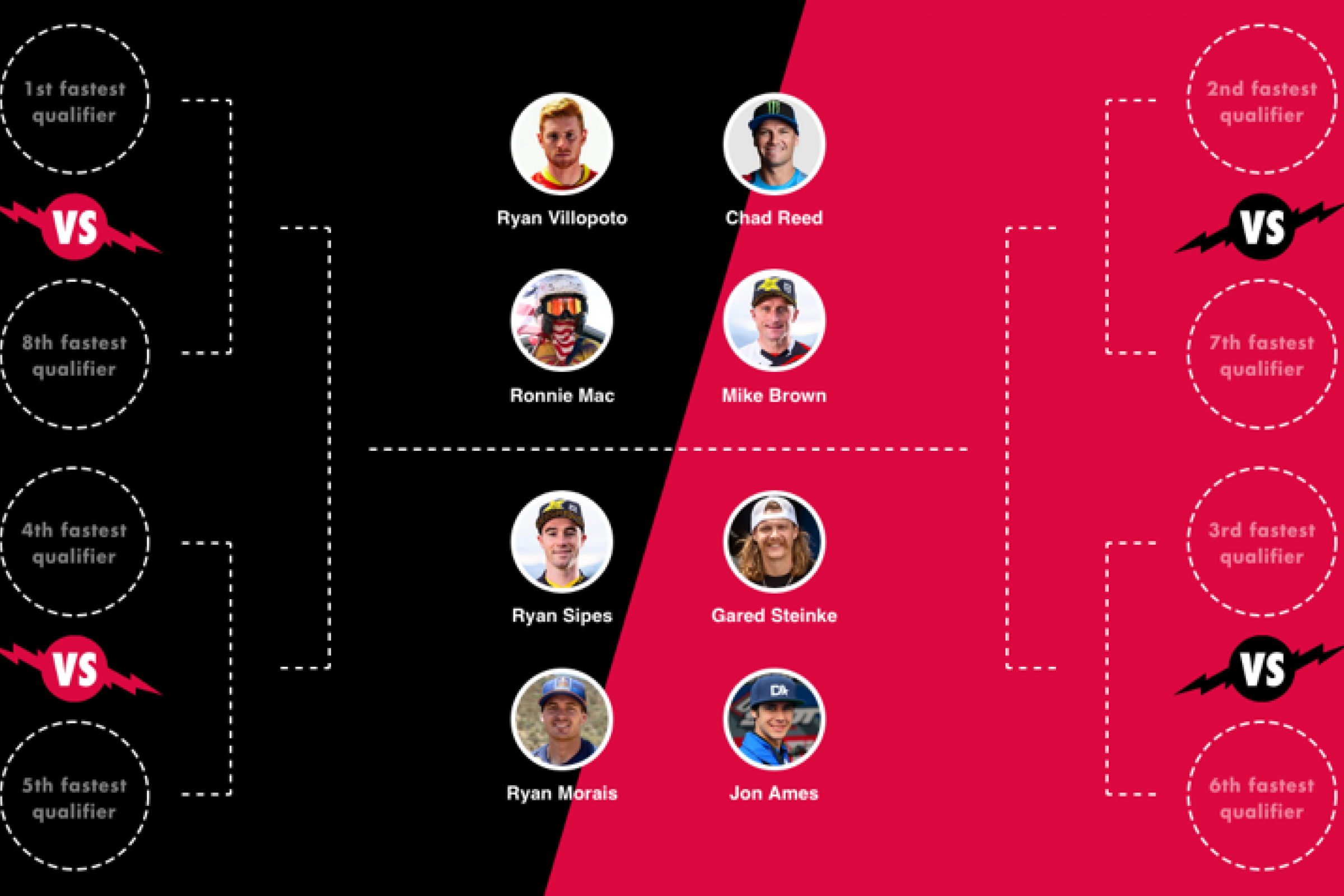 Ryan Villopoto vs. Chad Reed vs. Ronnie Mac vs. Mike Brown vs. Stank Dawg … what’s not to love? Red Bull will debut the Ken Roczen Two-Stroke Shootout this Saturday at Red Bull Straight Rhythm. No Kenny is not competing on that sweet 1996 CR250 he borrowed from Jeremy McGrath last year, but he's hosting the event and will serve as a Master of Ceremony of sorts. The racing will still probably be the most anticipated of the weekend with star power like Reed and Villopoto involved.

The official entry list for the event was released today and of the nine riders listed, eight will advance to the finals. Red Bull has also introduced a fantasy challenge with the first perfect bracket (or the closest to perfect) winning a prize pack from Fox Racing. You can pick your bracket here.

Check out the entry list below and vote on which rider will take the win on Saturday.

Which rider is taking home the win?