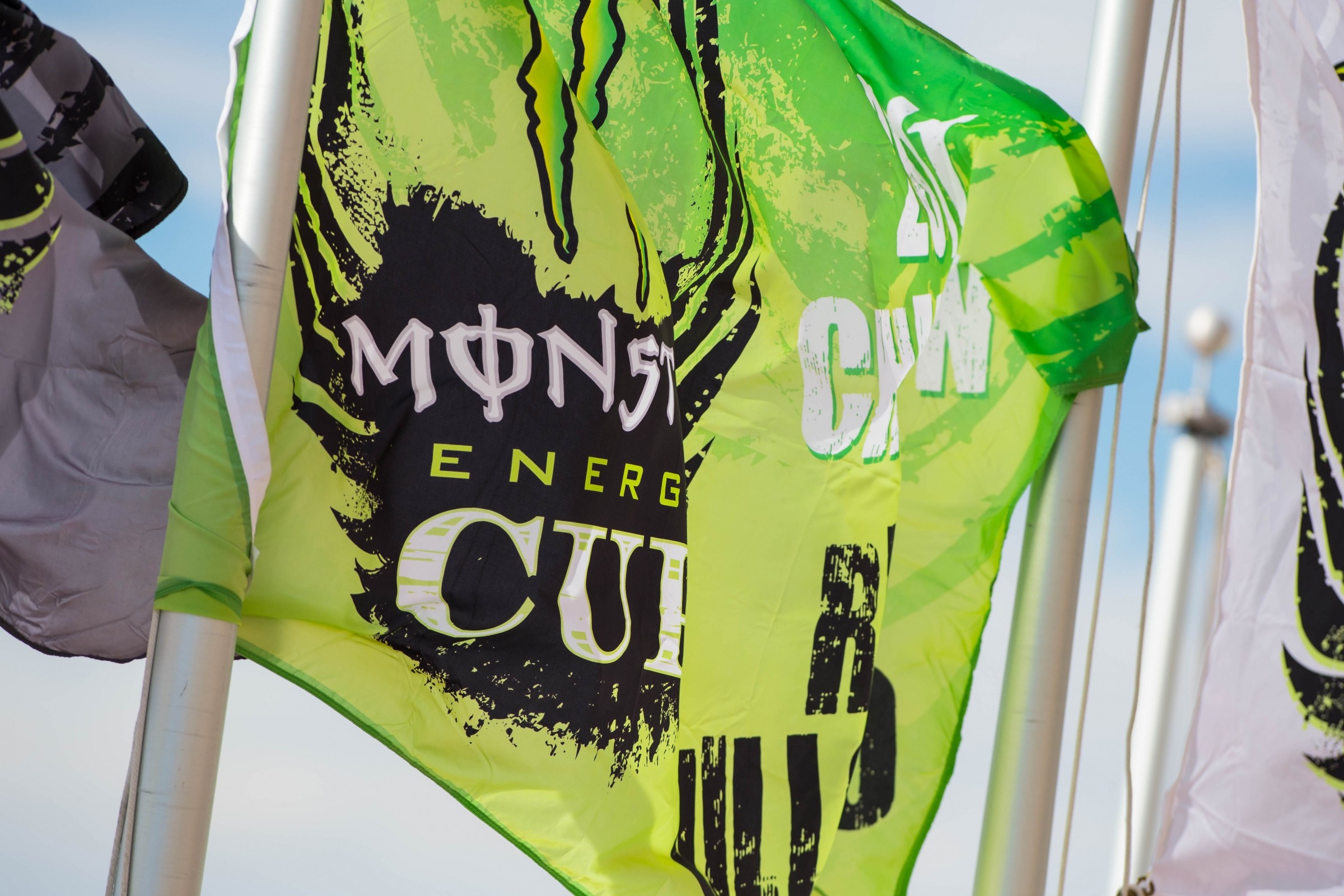 Vegas!!! After a summer away from supercross stadiums, WE ARE BACK! October brings us the Monster Energy Cup in all its glory. Las Vegas is a great destination for racing and the MEC always has a totally different vibe than any other race city. The event feels more like a party than a high-pressure race situation and that holds true all the way through the day and night. There are Best Whip contests and all kinds of demos during the afternoon, great racing action at night, and then the Vegas strip is waiting for the thousands of race fans afterward. It’s no wonder why Las Vegas hosts the final event for the series and why it is chosen for a one-off event. Not only does it attract the hardcore race fan, it attracts everyone with an interest in having a fun weekend.

The MEC is a different twist on normal supercross and in my opinion, a better format for the fans. Having three different chances to see the best riders competing against each other is huge. Spectators spend hard earned money to see their favorite rider and this just adds to that opportunity. It also opens up the gamut for possible winners as the standard 20-minute supercross main events filter out most of the unpredictability. The best riders will always find a way to the front over 20 laps. But for 10 laps, it’s anyone’s game! The intensity ratchets up and riders aren’t able to patiently make moves. They have to go and go now if they want to finish up front. It may not be the ideal format for some but on a pure entertainment level, it’s the best we have to offer.

The track is always an interesting one for the MEC. This year has a split start which has also been raised above the stadium floor. The metal grates are being used again (and are probably here to stay for 2018). Both sides of the start will have their own first turn and rhythm section on the outside lanes of the floor before coming back together just before the finish line section. It will be dicey as riders jockey for position in that transition area. Getting a good start on your side of the split will be key as you basically double your position when coming back together. One side of the start will typically be slightly faster than the other due to dirt composition, jump angles, a better berm, etc. That’s not the track builders’ goal but it seems to always work that way, so watch for which side the riders prefer.

The rest of the track is typical MEC. There aren’t any supercross whoops but that absence is supplanted by lots of open, fast sections that take riders outside of the stadium itself. Instead of the big sweeper used at the May finale, this track will have a few turns and multiple jumps to mix up the tight stadium feel. For a rider like Tim Gajser, this is a key component in keeping him competitive in a supercross setting.

The last big difference between this round and standard supercross is the Joker Lane. In years past, the Joker Lane was a slower line that was mandatory to be used one lap per 10 lap main event. There was a lot of strategy for when to use this Joker Lane and in what scenario. Some riders even forgot completely (Ryan Villopoto and Ryan Dungey come to mind).

This year, however, that has been flipped to make the Joker Lane the preferred line. Riders will only be able to use it once but it could completely change how and when riders choose to take it. For instance, if Eli Tomac gets a bad start, he would want to take the Joker Lane on the first lap. He could then improve his track position significantly and then aim to put in nine fast laps before the original leaders have their chance to take the Joker Lane. If he can make up the time lost from the start over those nine laps, he would come out ahead on lap 10. If he grabbed the holeshot, however, he might be inclined to use his clear track to put in fast laps before incorporating the Joker Lane on the last lap. He could also use it on the first lap, get a huge lead (along with whoever else went with him) and race to beat those saving it for the last lap.

In practical terms, I think that the riders at the very front and those at the very back will go Joker Lane early. The riders in the middle of the pack will have the decision to make, which will probably be based on their ability or inability to pass quickly, who is directly in front of them, and who got out front (assessing risk of catching them).

Another example: If Musquin got out front and Tomac was buried mid-pack, he would have to make quick decisions. Eli is good at passing so he may be willing to bet on his ability to clear traffic quickly without going Joker Lane early. He will have to decide if the riders in front of him pose a difficult task of moving past them. The difference in passing Jason Anderson versus passing a privateer is a significant factor. If Anderson, Tickle, and Justin Barcia are in front of him, he may want to go Joker early and try to come out ahead of them on lap one. If it’s lesser competition, he may be able to pass them all within a lap or two and put in eight fast laps on a clear track and hope to catch Marvin sleeping on that last lap. In any case, watch for who goes and when. The Joker Lane will be a big topic of conversation all day and night.

Will Marvin Musquin and Jason Anderson be back to 100 percent after injury procedures in recent months.

Which Justin Barcia shows up this weekend?

Will Eli’s time off and absence from the Motocross of Nations pay off with an MEC victory?

How will Broc Tickle kick-off his KTM campaign?

How will Tim Gajser fare inside a stadium?

Who will have the metal start grate figured out?

How will the unorthodox track layout be received?

Steve Matthes has a good week of testing and lines up for the weekend.

Justin Barcia holeshots two out of three main events and puts someone into row F.