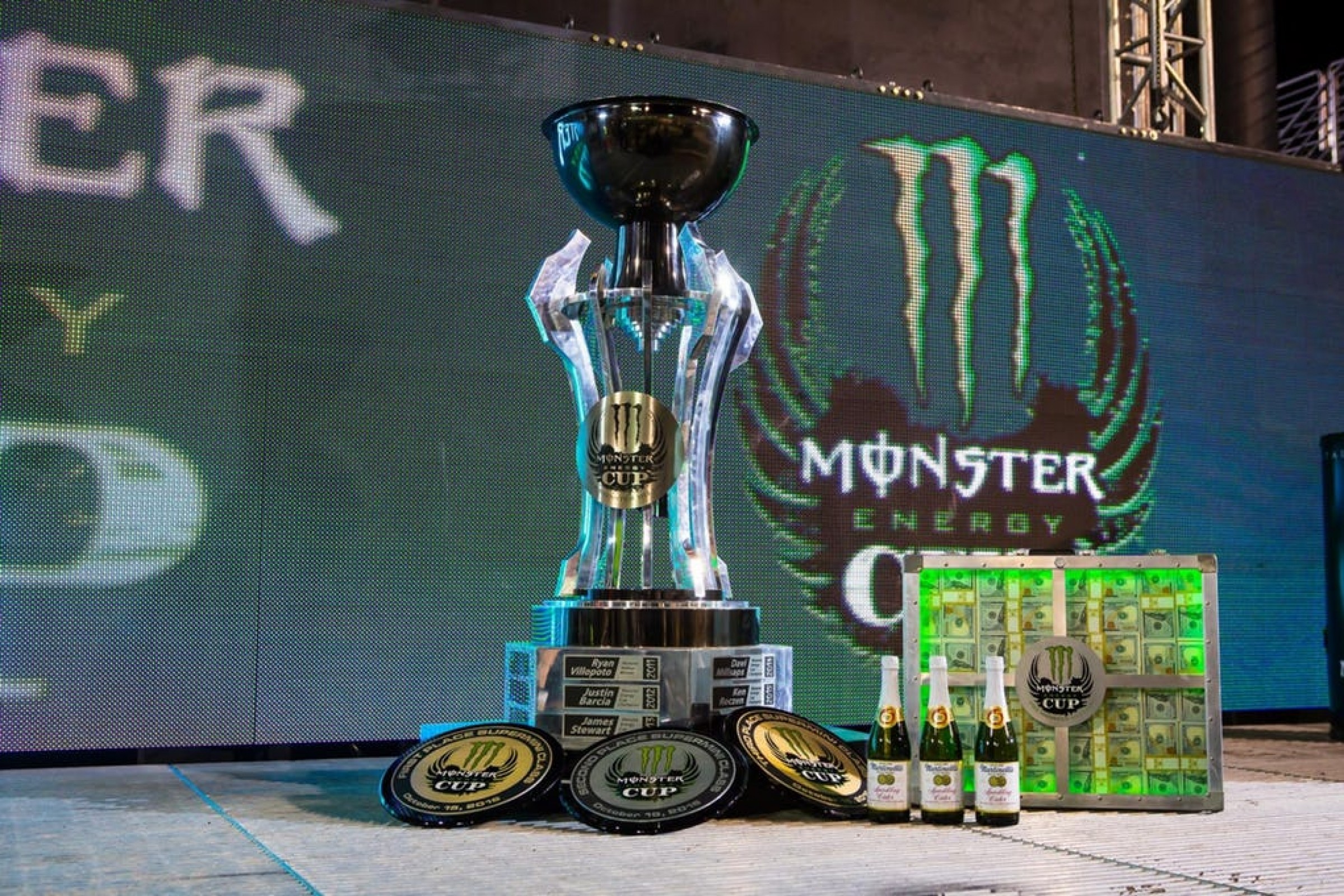 The off-season is here. Kind of. Yes, U.S.-based supercross and motocross is finished for the year, but there is still plenty of racing to keep you occupied until Anaheim, including the Motocross of Nations, the Monster Energy Cup, and Red Bull Straight Rhythm.

Want to keep up on all the action this off-season? We’ve put a handy guide together below to help.

The six-round championship opens this weekend in Jimboomba and stretches through mid-November when it returns to Jimboomba for the final round. Although the American contingent isn’t as strong as it has been in years past, the series will be worth keeping an eye on. Justin Brayton returns to defend his SX1 (450) championship with Yarrive Konsky’s supercross-only Honda outfit. Gavin Faith will be his teammate in SX2 (250) and will be going for his fourth title in the class. Also, American privateer hero Nick Schmidt is getting a shot as a factory Suzuki rider Down Under for this series. As of now, those are the only Americans we’ve heard that will compete alongside a strong Australian core that features Dean Ferris, Dan Reardon, and more. Our friends at MotoOnline.com.au are worth a follow if you want to keep up with the races.

The Motocross of Nations is one of the races that fans look forward to the most in the off-season. This year will be no different as Team USA looks to erase a five-year losing streak, France goes for a fourth-straight title, Jeffrey Herlings looks to lead The Netherlands to its first Chamberlain Trophy, and much more. Live coverage will be on MXGP-TV.com. Expect an announcement regarding the TV coverage to come soon.

When: Oct. 1
Where: Racer X Online

Although this isn’t technically an event, it kind of is. Off-season news generates a lot of buzz across the industry and with many factory contracts ending September 30, most new rider/team combos usually can’t be announced officially until October 1. This year we actually had an exception to that rule since the RCH/Yoshimura Suzuki team closed its doors, which allowed Broc Tickle to be officially announced at Red Bull KTM and Justin Bogle to be announced at AutoTrader.com/Yoshimura JGR Suzuki. Still, there is plenty left to be decided, including some guys named James and Chad.

The unofficial start of the 2018 season. New contracts, gear deals, etc. have been signed (for the most part) and most of the top-tier riders will be in attendance. The race will air live on FS2 at 9:30 and then re-air on Sunday, October 15 on Fox (the regular network, not FS1), as a 90-minute encore special following NFL games across the country (check local listings).

The unique event put on by Red Bull returns for a fourth-straight year, and a second-straight year under the lights. Featuring head-to-head racing on a ½ mile track that has zero turns, the event is nice break from the typical racing. While an official entry list hasn’t been released yet, the event typically draws a few top-tier riders.

In just two years this event has become one of the better events of the off-season. While it is actually part of the Australian Supercross Championship, the promoters have gone all out in recent years, bringing in names like Chad Reed, Cooper Webb, Ricky Carmichael, Ryan Villopoto, and more. Reed, Carmichael, Jason Anderson, and Josh Grant have already been confirmed for this year.

The Paris-Bercy Supercross is returning to the country’s capital after a brief hiatus in Lille. The race will now be held at U-Arena in Paris, which has a floor area that is double the size of Lille and triple the size of the old stadium in Bercy. The new stadium also features a new heating system and can accommodate up to 40,000 fans. An official list of riders has yet to be announced, but Cole Seely and Zach Osborne have confirmed they are racing.

When: November and December

After Paris-Bercy comes several other off-season SX races in Europe, such as in Genoa, Italy, and Geneva, Switzerland. These usually pack a few known American names, but we don’t have any details yet. Stay tuned.

GNCC returned from its summer break at Unadilla and Kailub Russell took the win over Steward Baylor Jr. and Ricky Russell to extend his points lead to 33 over Thad DuVall (who was down just three points before the event, but couldn’t compete due to injury). Three rounds remain in the series, which will air live on RacerTV.com. Want to get in on the action? You can race amateur classes at all events. Or for even more fun, just go to the final round in Indiana (same site as the final round of Lucas Oil Pro Motocross) and take the school bus ride over to Ironman Hill. Go check out Ironman Hill Climb on YouTube. You’ll see action like you’ve never seen outside of an old Blackwater 100 VHS tape.

The series started later than usual this year so we’re only one round into the 2017 championship. There are still six rounds left to decide the title, and you can expect it to go down to the wire between Colton Haaker and Cody Webb.