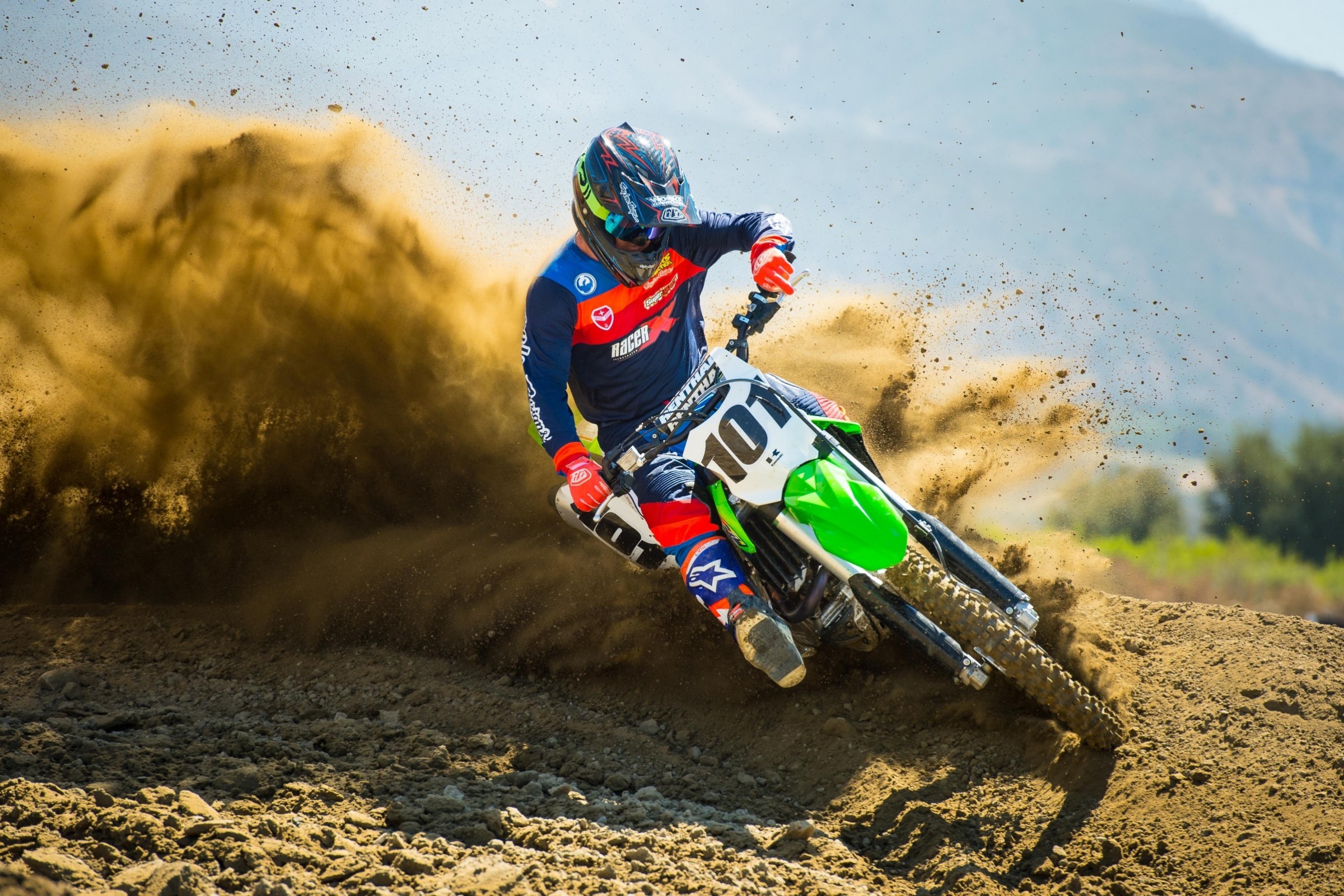 I just watched the U.S. MXGP race. As an objectively unbiased fan of the sport, the salient conclusion to draw after the last two races here in the states is that at least two of the MXGP riders are much better than any current U.S. based rider. This doesn't bother me. Actually, I think it's kind of cool. Don't misunderstand, I was hoping to see Tomac run the show. But I see no reason to make excuses or talk negatively about Herlings or Mr. 8X. I say, good for them! That's what's so great about racing. It doesn't matter if a person is from a different culture or looks or speaks differently from "us" once the gate drops. Oh yeah, the question; How do you feel about the current state of affairs and am I off base with what I claim to be obvious?

Thanks for your time and the weekly entertainment.
Cole

You pretty much nailed it, Cole, though I’m not sure I would say they are much better than their American competitors. I was talking with Jeff Emig about this last weekend at the 125 Dream Race and he brought up a really good point: they should be better than us. American riders spend eight months of the year riding supercross, starting at the end of this month and going through May. Then they have two weeks to switch gears and adapt to the nuances of outdoor motocross for the next four months. And then it all starts over again. The MXGP stars focus solely on motocross for the entire year. And this resurgence of GP motocross dominance has been almost a decade in the making if you go back and start looking at Motocross of Nations results and watching those guys ride. Long gone are the stiff, upright riding styles of the past. They may still wear their pads under their jerseys and have body odor that smells like the north end of a southbound cow, but the way they are riding is absolutely modern. And with supercross here in the States being the driving moneymaker for riders the focus isn’t bound to change soon. Antonio Cairoli and Jeffrey Herlings and the rest of those guys are absolutely legit and, like you, I’m a fan.

Tell me what happened to World Championship motocross. Why have we gone from Carlsbad, Saddleback, and Unadilla to a track in Florida with what looks like 6" of elevation change? What happened? How can this be called motocross? Why can't a real motocross track like Red Bud, Unadilla, Washougal, and many of the other tracks on the American circuit be used? I grew up racing amateur motocross and many of those tracks were better suited with natural terrain than what passes as a MXGP track these days. Rome City, IN, Lakeville, IN, even the track at Niles, MI, Log Road MX , Bronson, MI, all had much more natural elevation changes than some modern day MXGP tracks do. A BULL DOZER DOES NOT MAKE A MOTOCROSS TRACK. I won't be watching the “MXGP” in Florida. I will be watching a vintage and post vintage motocross race at Red Bud. Is this all about money again?

The tracks out in a flat field certainly aren’t as impressive as Glen Helen, Budds Creek, Washougal, Red Bud, etc. I’m not going to lie to you and tell that money doesn’t matter … it always does. But, if I can play the devil’s advocate for a second, perhaps some of the problem is available space to hold a race of that size? I’m not sure why they didn’t partner with a current track, but to find open land with good dirt and elevation that has room for parking and won’t get shut down for noise or dust is getting almost impossible to find. One of the most popular places to ride in Southern California now is just a flat area in a river bottom with zero elevation change. Anything with a hill in it has been knocked down and covered in tract housing, marijuana grow houses, or is protected because they found a rare species of gnat likes to breed there. Personally, I’ve seen and been involved in some great racing on the most basic tracks you could imagine. It’s more about the battle between the riders than the course they’re circulating. It’s too bad you didn’t watch … you missed some amazing racing.

I love your column. I have a question: after watching the last moto at Ironman, Jason and Grant were talking about how this might be Herling’s only chance to get a moto under his belt in the states… why is that? Does he not want to race full-time in the states? Is there more money in Europe for top racers (I find that hard to believe)? Obviously after watching Ironman we can all say he would be a huge title contender right off the bat. I am sure I'm not the only one thinking these questions and I hope you can get us an answer.

Thanks man and good seeing ya at the Dream Race!
Steven #121

There are some strange dynamics at play right now in the world of MXGP racing and SX/MX here in the US. Through the 1980s and 1990s it was very obvious that the best racers in the world came to America to compete. The U.S. riders would crush the competition at the Motocross de Nations and put on a clinic any time they competed with riders around the world. As we’ve been seeing in recent years, and again the last two weeks here on our home soil, that isn’t the case anymore. We certainly have the best supercross riders in the world, but I’m not so sure about motocross. So, the question these GP riders have to ask themselves is: “Do I want to race supercross?” That means leaving a solid paycheck, their homes and friends and family and everything they are comfortable with. It also means they have to learn to ride supercross, which is about as forgiving as skydiving with no parachute, especially the first couple seasons. Your odds of getting hurt are 100 percent over a certain period of time and if you spend your best years here trying to figure it out you could miss your window at home. Riders like Ken Roczen and Marvin Musquin grew up watching the American riders in supercross and dreaming of one day winning in the stadiums. But some of the Euro guys grew up watching Stefan Everts and Cairoli float across the bottomless sand of Valkenswaard, then party to techno music until the sun comes up and that’s all they’ve ever wanted to do. There isn’t a wrong choice, you just have to decide if you want to be a motocross racer or a supercross racer because those two categories continue to grow further apart from each other.