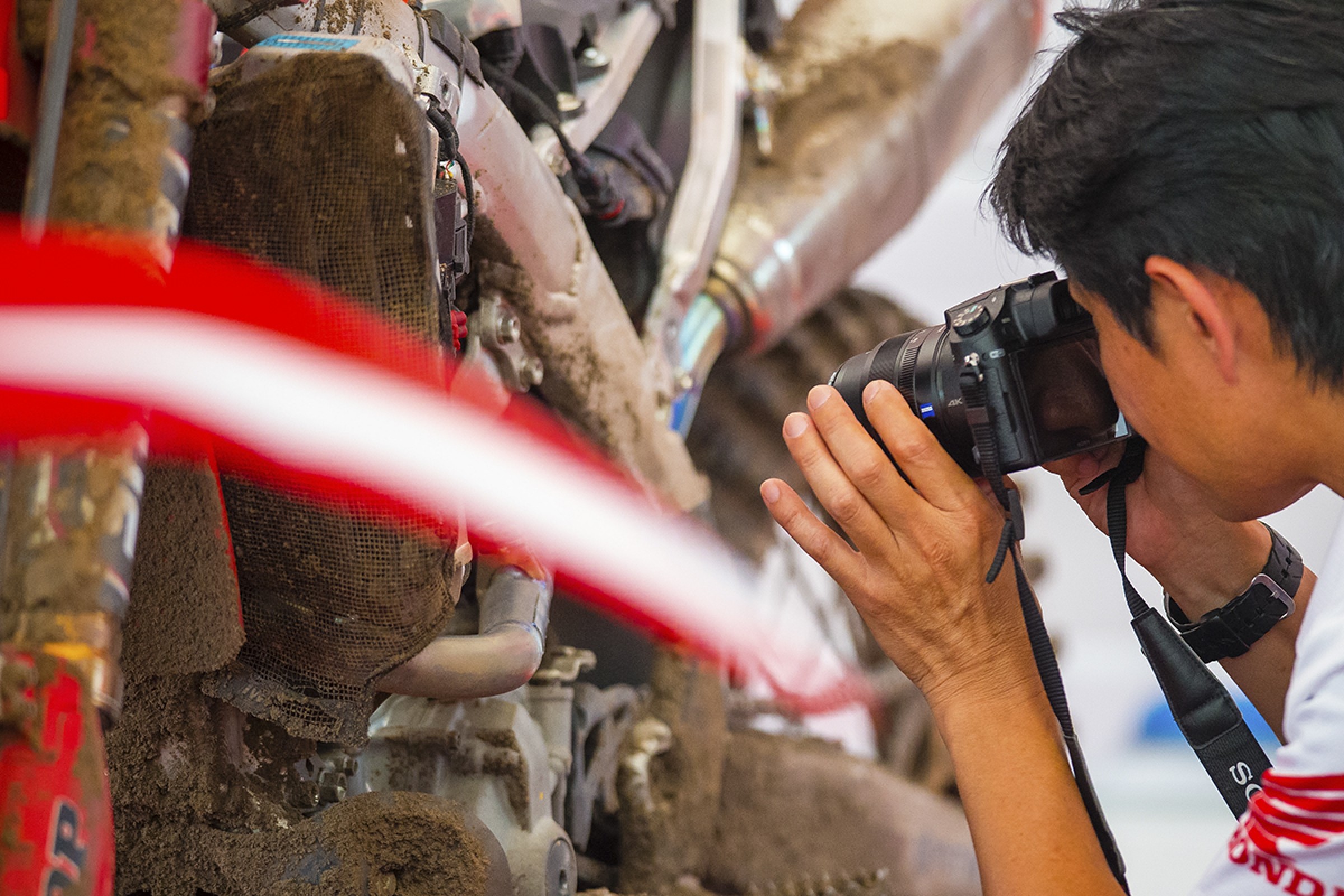 For a second time this year, nine-time MotoGP World Champion Valentino Rossi was injured riding a dirt bike. This time the injury will require Rossi to miss races, effectively ending his chances at a 10th title. Last Thursday, the 38-year-old was riding enduro close to his hometown of Tavullia when he crashed and was later diagnosed with displaced fractures of his tibia and fibula in his right leg. He underwent a successful surgery and was later ruled out for his home Grand Prix this weekend at the Misano World Circuit. Here’s what Rossi had to say after the accident in a press release:

"It's a big pity that I can't be at my home GP. For sure, I was really looking forward to the round in Misano, because riding in front of the fans there is something very special, but I have to treat the injury with care. I know the team is supporting me during the rehabilitation process. Fortunately I'm fine, I'm not too bad and I've already managed to start some light physiotherapy. The recovery time isn't short, but I will do everything I can to get back on track as soon as possible. I have to say thanks to everyone for the affection you have shown me during these days. See you soon!"

MotoGP sat down with Rossi for an exclusive interview. (Note: You have to have VideoPass to watch it.)

Formula One driver Lewis Hamilton has extended his partnership with Italian motorcycle manufacturer MV Agusta, according to Motorcyclenews.com. The three-time F1 World Champion previously helped design the Dragster RR LH, and per the report a new collaboration is “imminent.”

"I love working with Giovanni and the guys at MV Agusta, their passion for engineering and attention to detail produces quite stunning, original looking bikes,” said Hamilton. "My projects with MV Agusta are a great way to combine my love of riding bikes with my interest in creative design process so I am very much involved with the CRC (Castiglioni Research Department) design team throughout."

Save of the Year

(Note: “Save of the Year” subject to change at the discretion of the author.)

That's not a save, this is a save. @antwest13 went for a wild ride yesterday. #motoamerica

Vice Sports recently sat down with Travis Pastrana for a short interview about his path to action sports stardom. It’s short, but definitely worth checking out.

We got a weird story out of NASCAR land this week when Subway announced it was dropping their sponsorship of driver Daniel Suárez over something fairly petty. Do you consider Subway and Dunkin Donuts to be competitors? Two months ago (emphasis mine) the Monster Energy Cup Series rookie, along with sidekick Rutledge Wood, toured the campgrounds at New Hampshire Motor Speedway on a golf kart and handed donuts out to fans. Pretty innocent, right? Well, not so much. Subway ended their fourth and final Subway-sponsored race of the year with the JGR driver over this. For real! ESPN’s Bob Pockrass confirmed the news with JGR. “Joe Gibbs Racing confirmed that a segment with Daniel Suarez handing out Dunkin Donuts on a prerace telecast in July was Subway's issue in terminating its deal.”

NASCAR fans did not like the move and well … check out a few tweets. Jalopnik has a lot more worth checking out.

I Am Now a Fan of WRC After Watching This

For their latest edition of Moto Spy, Red Bull followed around MotoAmerica regular Jake Gagne as he made his World Superbike debut on the late Nicky Hayden’s bike.

You may remember Gagne from another impressive feat. Back in 2015 the full-time road racer qualified in the 450 Class at the Utah National and finished 22nd in the first moto. Unfortunately, Gagne aggravated a bruised hip flexor that day and didn’t line up for moto two. Not a bad performance for a part-time dirt bike guy!