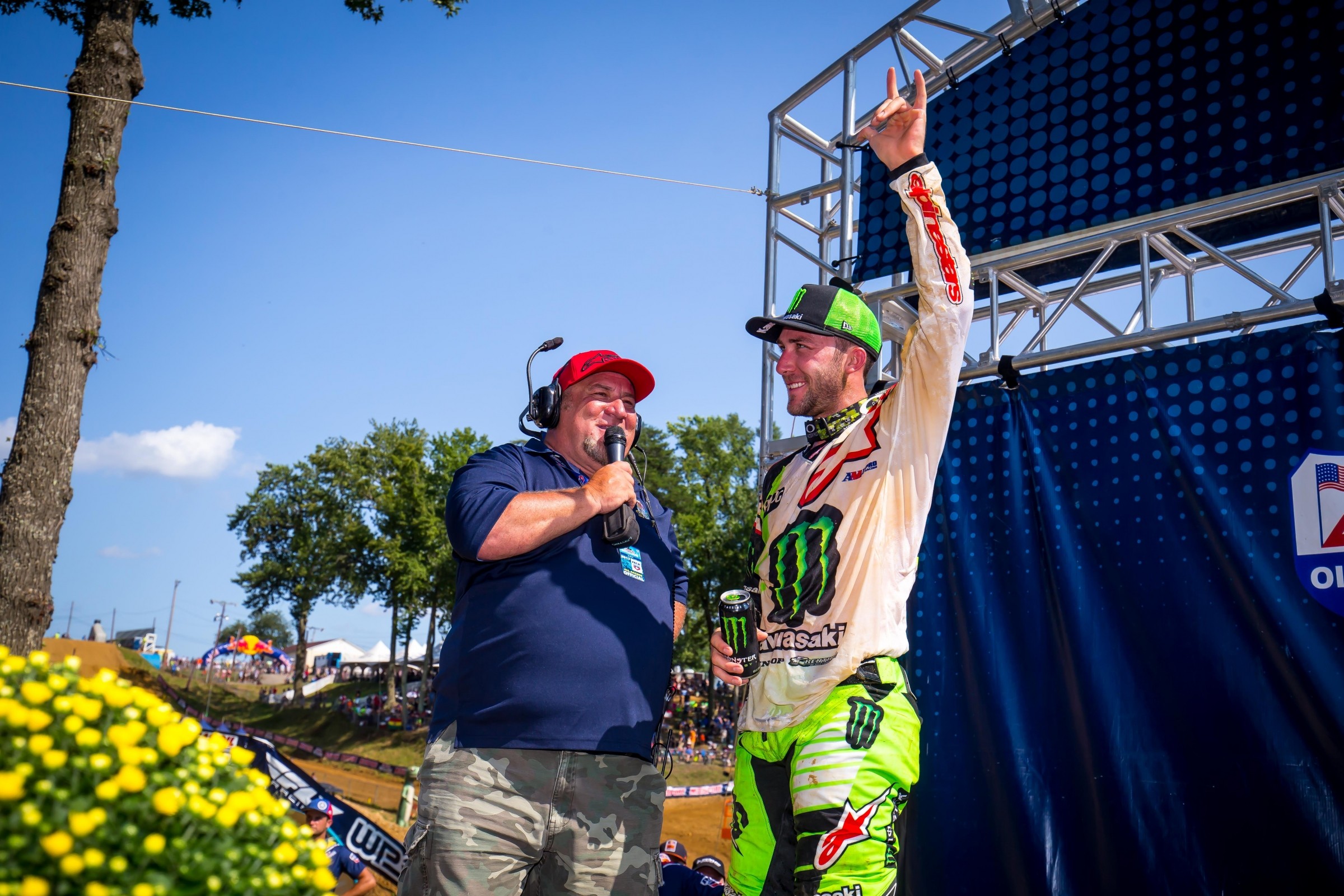 450 Words Not Racing Not to Lose

It’s one of the age-old conundrums of motocross. A rider has a solid points lead with only a few races to go. The easy plan is to back it down and reduce risks. Rarely does that actually work.

The riders don’t have calculators on the handlebars, and they can’t punch in a code that dials the pace back to 80 or 90 percent. As soon as a rider adjusts his strategy from racing to win to racing not to lose, he’s put himself in an uncommon position. All ambitious racers spend a lifetime trying to get faster. To suddenly change that course doesn’t really compute.

It was especially tough for Eli Tomac, who surely had to hear the whispers of “he’s fast but he can’t close” that were beginning to filter back through the pro pits. It’s not hard for people to find evidence, citing his incredible start to the 2015 450MX season that came undone with a vicious crash in the sixth moto of the year. Not like he needs reminding—he’s the one who actually felt that pain that day. Back then, everyone was saying Tomac should have “backed it down” and not tried to win motos by 30 seconds, or even a minute in the case of the all-time beat down he put on the field at Hangtown that year. Tomac says he wasn’t riding over his head or out of control that day. But the feelings will linger—he was fast enough, he just needed to not crash.

So as his points lead grew this summer, “don’t crash” was an easy strategy, especially after he went down in Millville’s second moto. In that race, he was going for it—he finished second to Marvin Musquin in moto one and was trying to get to the lead in moto two. He was trying to win the race, just like usual. He crashed. While he was tumbling down that hill at Millville, he had to see his season flash before his eyes for a moment. Musquin left the race with a 1-1 and huge momentum. Tomac left the race with memories of how quickly a season could change. That’s when things started to change.

At Washougal he was fast, but when he went to make the pass for the lead, Musquin bobbled and his bike stepped out of line. They made contact, and the race changed—that kind of action was too risky for a rider trying to protect the points lead. Musquin took off. At Unadilla, in the mud, Tomac took the conservative route.

“When you’re racing in the mud as we did last week in Unadilla, it’s easy to go into like extra protection mode, because you don’t want to slide out or make that huge mistake,” said Tomac. “That’s a situation where you have to just be … it’s something I’ll learn from and hopefully we can get this thing done next week.

“I don’t know. I was starting to lose my mind a little bit there. Those three motos before the second one today were pretty disappointing and disheartening. You start going into protection mode and it doesn’t work. Found that out a lot at Unadilla. Was really uncomfortable there. Then even the first moto today, we were better here today all day, but it was tough conditions to make moves. No excuses, though. Got bumped on the start and was shuffled back. Then we end up  seventh.”

That second moto, then, could be the season saver. Tomac got back to his usual game, and not only prevented Baggett or Musquin from making up huge points for the day, but stopped the bleeding. He proved to himself not only that he can win again, but that trying to win—always—is the best solution.