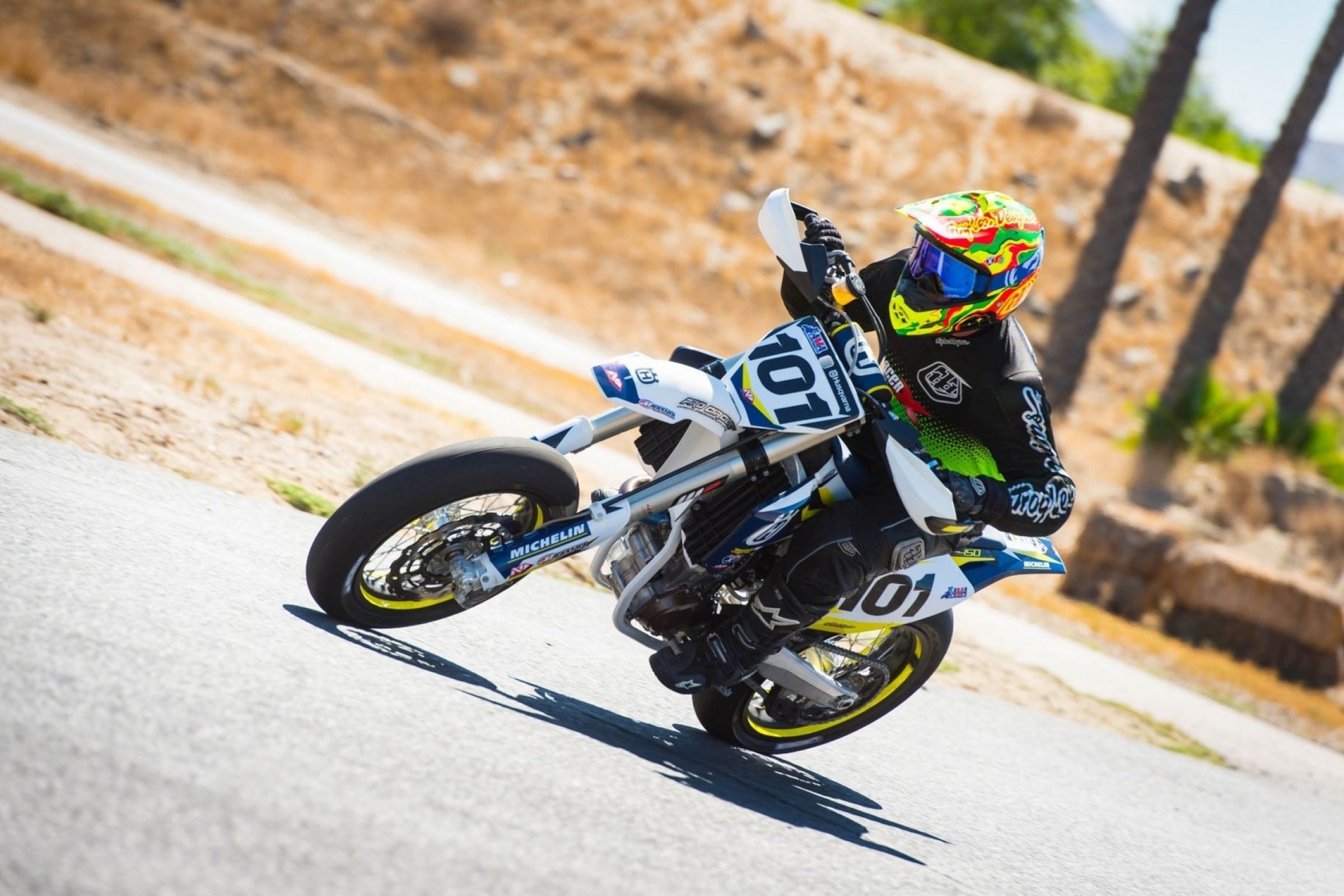 So... I have a simple fix for part of Roger's (and America's) MXoN problems. I'm figuring that with the pull you have within the industry, you can probably make this happen with a quick call. There is this ultra All-American kid from the Midwest that can hop on a bike tomorrow and compete with the fastest riders in the world. You may remember him, his name is Ryan Dungey!

Ryan is three months off  his latest Supercross championship. Hell that's less off time than many injuries require. Put him on a bike and send him down to Alden's for a few weeks and we've got our "ringer!” I'm betting that getting that factory KTM back for one final hurrah wouldn't be a problem.  I would say that he owes quite a bit to Mr Decoster. What a great way to repay him for his years of support and tutelage.  Talk about putting a monster exclamation mark on his legacy as one of the greatest American motocross racer's of all time!!! Daaammmn...

Hot as the devils crutch in Texas,

Hey, that’s a fantastic idea—if only Ryan Dungey were willing to do it. The problem is that he quit because he doesn’t want to deal with the pressure and stress of racing anymore. While it seems like the perfect solution to our first-world problem of sending the best team to an event that the riders and teams compete in for FREE, I don’t see Dungey signing up for it. He’s gotten a taste of life on a lake with a Yeti cooler full of cold beer and not a worry in the world and there’s no going back. Good luck to Dusty Pipes, Jerry Robin, and whomever else we can get to race it for us.

You've been exposed to (okay, that sounds a bit odd but you know what I mean) & probably ridden more of 'the latest' in the 2-wheel off-road world than anyone out there (you're a lucky SOB... admit it), so here's a question:

I'm not sure if you've commented on the prospects of a 'electric' motor future for MX/SX or the possibility of a resurgence of the 2-stroke engine with the additions of new tech like fuel/direct injection, supercharging or any other 'Doc Brown flux-capacitor-like' innovations somebody is cooking up in the back room of some old garage in the middle of nowhere... but what IS the latest news?!

Will the sound & aroma of the two-stroke really be going the way of the dinosaur?  I'll be standing by with a gas can, ready to add some pre-mix oil to it... just in case there's still hope. Thx.

It’s an interesting time for sure. I think people are realizing that they can have just as much fun on a $2,000 125 as they can a new 450 they spend just over $9,000 on. I talked to Jeff Emig this week at the Surfercross event and he said he will probably never have a 450 again. He’s been riding a Husqvarna 125 with a 150 kit in it and he’s absolutely loving it. He’s not alone. And if enough people realize that they can save seven thousand dollars and still do what they love, it could change the perspective of the folks selling bikes. At the highest level of racing the four-stroke is still king, and I don’t see that changing because the bikes are so good. The electric movement is still a bit off, due mostly to cost and weight. To build a bike that could compete with a 450 in terms of power the battery would have to be massive, pushing the weight to an unreasonable amount. That said, KTM, Alta, and others have really made some ground in the past few years and when battery technology improves again, things could change. I can’t imagine a race with no engine noise, but back when I started racing I couldn’t imagine a sport full of four-strokes. From an enthusiast’s perspective, I think it’s amazing we have all the options we do. From a guy with limited expendable income, I’m glad there are still affordable used 125s out there to buy.

According to Racer X, “David Pingree is a former professional racer. During his career he rode for several top teams including Pro Circuit/Kawasaki, Red Bull/KTM and FMF/Honda.”

According to Wikipedia “David Pingree … was a University Professor, and Professor of History of Mathematics and Classics at Brown University, and one of America's leading historians of the Exact Sciences (primarily Mathematics) in antiquity.”  Wow.  Way to go you!  I guess you showed MXA what’s up and did go to school and rocked that shiz.  And Math even!  Not something dumb like gender studies or gerontology.

But Wikipedia doesn’t say when you stopped racing and I can’t remember back that far.  It’s certainly been a while.

Anyways, my question is when will your bio line be updated to reflect not what you were – “a former professional racer” – but what you are?  How long can Damon Bradshaw say he’s the beast from the east, James Stewart that he’s the fastest man on the planet or Steve Matthes that he’s a former pro mechanic?  When you haven’t done something in ___ years when does it fall off your bio?  Is it 5, 10, 15, 50 years?  Or do you subscribe to the idea that “glory/winning/championships is/are forever”?  Of course you didn’t win any championships but that’s beside the point.

Attached are some ideas for your new bio.

It never falls off your bio dipshit, it’s an accomplishment. Does Bill Clinton stop referring to himself as former President of the United States when he’s hitting on cougar’s at his local bar? Negative. Those cigars aren’t going to ruin themselves. I’d certainly prefer that they refer to me as a husband/father/firefighter/paramedic, but that doesn’t really add to my credentials as a motocross pundit, does it? So, referring to me as a former professional racer who stopped racing sx/mx in 2003 and then Supermoto in 2009 just makes more sense. Congrats on that Regatta title, though, I bet your folks are really proud.