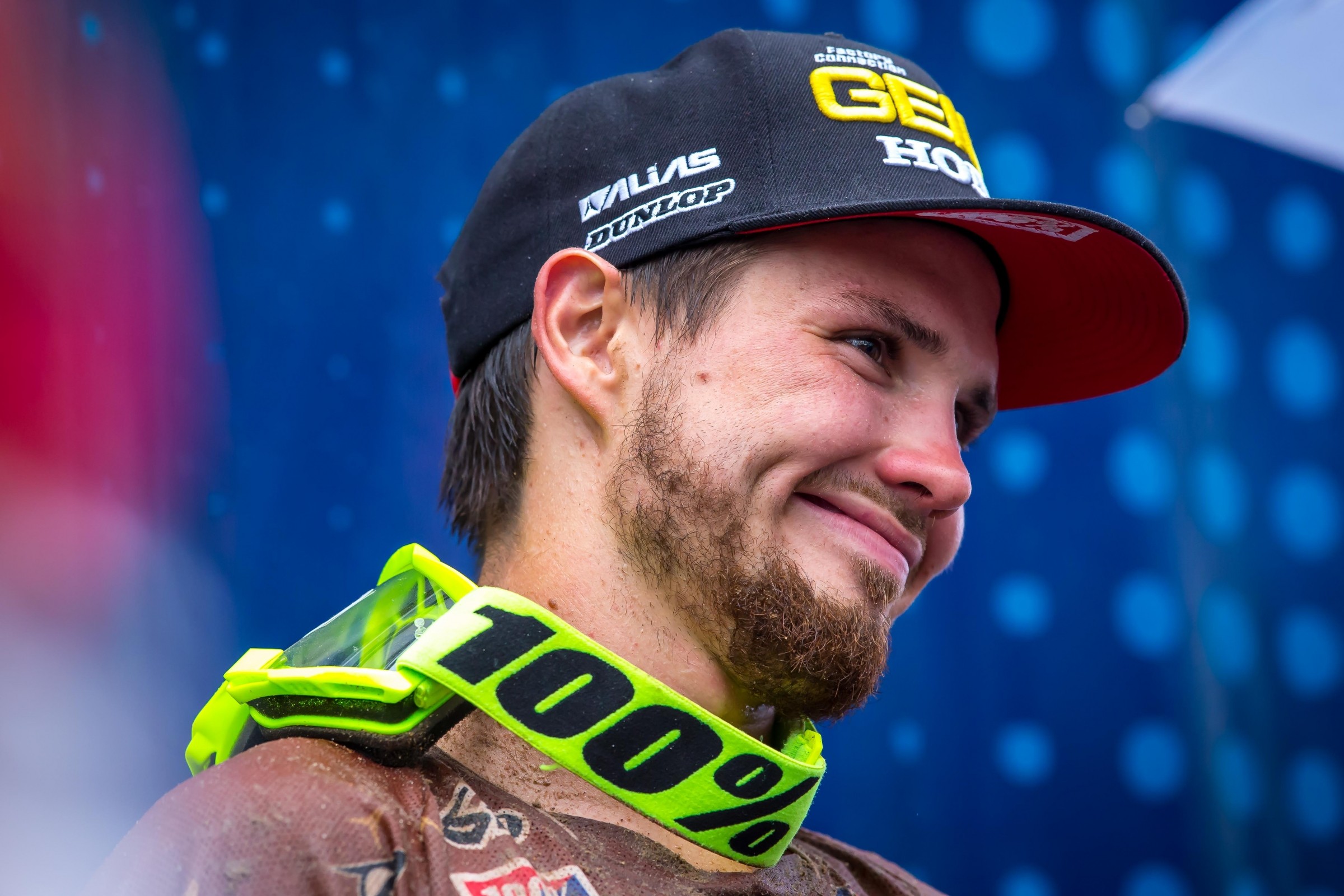 Success used to be nearly automatic. A decade ago the GEICO Honda team started grooming amateurs to transition to the pro ranks, and the graduates saw nearly-instant success as soon as they started racing Lucas Oil Pro Motocross. Trey Canard, Justin Barcia, Eli Tomac, Justin Bogle, Blake Wharton, and many more all made the tough transition from amateur to pro look quite easy—but lately, GEICO Honda’s fortunes haven’t been nearly as fortunate. In fact, most of the team’s recent success has had to come from the opposite strategy: veterans like Jeremy Martin, Malcolm Stewart, and Christian Craig have garnered the team’s victories over the last few seasons.

The amateur grads? Been tough sledding with injuries, bad luck, and general frustration. Also, some of them simply didn’t go as fast as the team had hoped. Further adding to the sting, Jordon Smith came up to the pros with GEICO Honda, had mixed success, and then moved on to Troy Lee Designs/Red Bull KTM this year and suddenly ratcheted his results and consistency upward dramatically in supercross. Was the great GEICO Honda process grinding to a halt?

The last few weeks have finally shown some progress. Third-year pro RJ Hampshire and rookie Chase Sexton finally healed up and joined the series at High Point. But they’re not just racing, they’re racing well, both looking fast and capable. Both of these riders, who won the coveted Nicky Hayden AMA Motocross Horizon Award as amateurs, had been through the ringer. Hampshire’s years have been filled with injuries, including a broken lower leg suffered this year in supercross, and a massive concussion from Red Bull Straight Rhythm two years ago. Even when he did race last year, the results were nothing to write home about.

He’s been much better over these last few weeks. The bad luck is still there—somehow his bike broke in three of his first four motos this year—but he was in the mix before the mechanicals struck in most of those motos, for example battling right outside the top five at Muddy Creek and RedBud. At Southwick, he was even faster, jumping into the lead early in moto one before falling.

“First moto, almost had the holeshot, and I was feeling good, so I put in a sprint and got into the lead,” he said. “It was good, I haven’t been up front like that since I hit my head over a year ago. Man, I felt awesome but then I made a mistake and threw it away through the rollers. I got up, and I felt good again! I was putting in laps and laps and then my rear brake went out—I mean, that’s still not an excuse—but they went out halfway. So I got fifth, happy with that. We were in the battle. I wanted it bad in that second moto, got a good start and was behind Alex [Martin] but I couldn’t get around him. Then it started to rain and I couldn’t see, so I was going to just let him go, but then [Joey] Savatgy started to catch up. I picked it up a little bit, I ended up catching him again, so I said ‘Let’s give this thing another go!’ I caught him and started really pushing some outsides, but I couldn’t see and I had no brakes. So that wasn’t the best idea. So had to take fourth. Five-four and fourth overall, can’t complain about that.”

Since Hampshire is from Florida, it would be easy to say his Southwick speed was born from his sand experience. He doesn’t think so. Last year, Hampshire and others on the team struggled with some bike setups. He’s much more comfortable now.

“I mean, the last three weekends, I feel like I’ve been on another level from what I have been,” he said.  “My bike is awesome right now—we’ve had some problems but you can tell we’re up there every week, and I have complete confidence in my team and you can tell. We had three DNFs in four motos, but I haven’t lost any confidence. I want that podium.”

Hampshire has changed his training program significantly lately. He came through the ranks working with Tim Ferry. He spent the last few seasons riding at The Nest in Florida. Now he’s doing his own thing, working with a friend and just hitting different tracks each day.

“Basically my guy DJ, he used to race, but he gave it all up for me. He’s my everything—he’s my coach, trainer, mechanic, he does all of my training with me, he’s my practice mechanic, he’s at every race with me,” Hampshire says. “We’re longtime friends and I’m thankful I’m able to hire him. He’s full time with me right now and I know he’s the hardest-working mechanic that anyone has. So he’s pretty much everything. I also have CrossFit. I’m just really happy—really having fun right now.”

Sexton’s road has been tough. He was supposed to debut as a pro last year at Unadilla, but knee, wrist, and femur injuries held him back for 10 months. Instead of immediately lighting things up like some rookies, he’s been making steady progress, with 19-10-15-9-12-7-9-8 finishes. His eighth overall at Southwick looks even better since he admits he’s not a sand rider.

“Honestly, I wasn’t looking forward to Southwick at all,” he said. “I come from Illinois so I’m not a big sand rider. But I took a nap after practice, woke up feeling good, and in the first moto I came from 20th to ninth and I felt pretty good about that. I was happy with my riding. Second moto I wanted another top 10, I got a decent start but [Zach] Osborne kind of came over on me, I had to let him go, so I just pushed from there. I passed some people, I passed Mitchell Harrison and rode the whole moto in seventh. Last lap I got into some lappers, he went around the outside and he got me. I was kind of bummed about that, but I still finished in the top 10, 9-8 on the day, which is not bad at all.”

It appears Sexton, who has dealt with so many injuries in the last year, is just trying to be consistent right now. That’s not totally by design, though—he says he would love to go all out, sprint, and see what he can really do, but he hasn’t had the start to do it yet.

“I want to do that,” he says.  “I want to just get a good start and I feel with my speed I could be a top-five guy, but my starts have been awful. I’d like to get out front and try to go as hard as I can as long as I can. I feel at these last five races, they’re good tracks. So we’ll see what I can do.”

There’s more hope for the team, too. A move to get Cameron McAdoo from the SmarTop/MotoConcepts Honda team could pay dividends at some point, also. Injuries have done in McAdoo recently, but he, like Sexton, is already developing a rep for his desire and dedication to training. At one point, Hampshire, Sexton, and McAdoo were all underdogs in the amateur ranks, and the hope is that underdog status will give them the determination to succeed now that they have their chance as pros.

For the first time in a while, it looks to be working out just as planned.