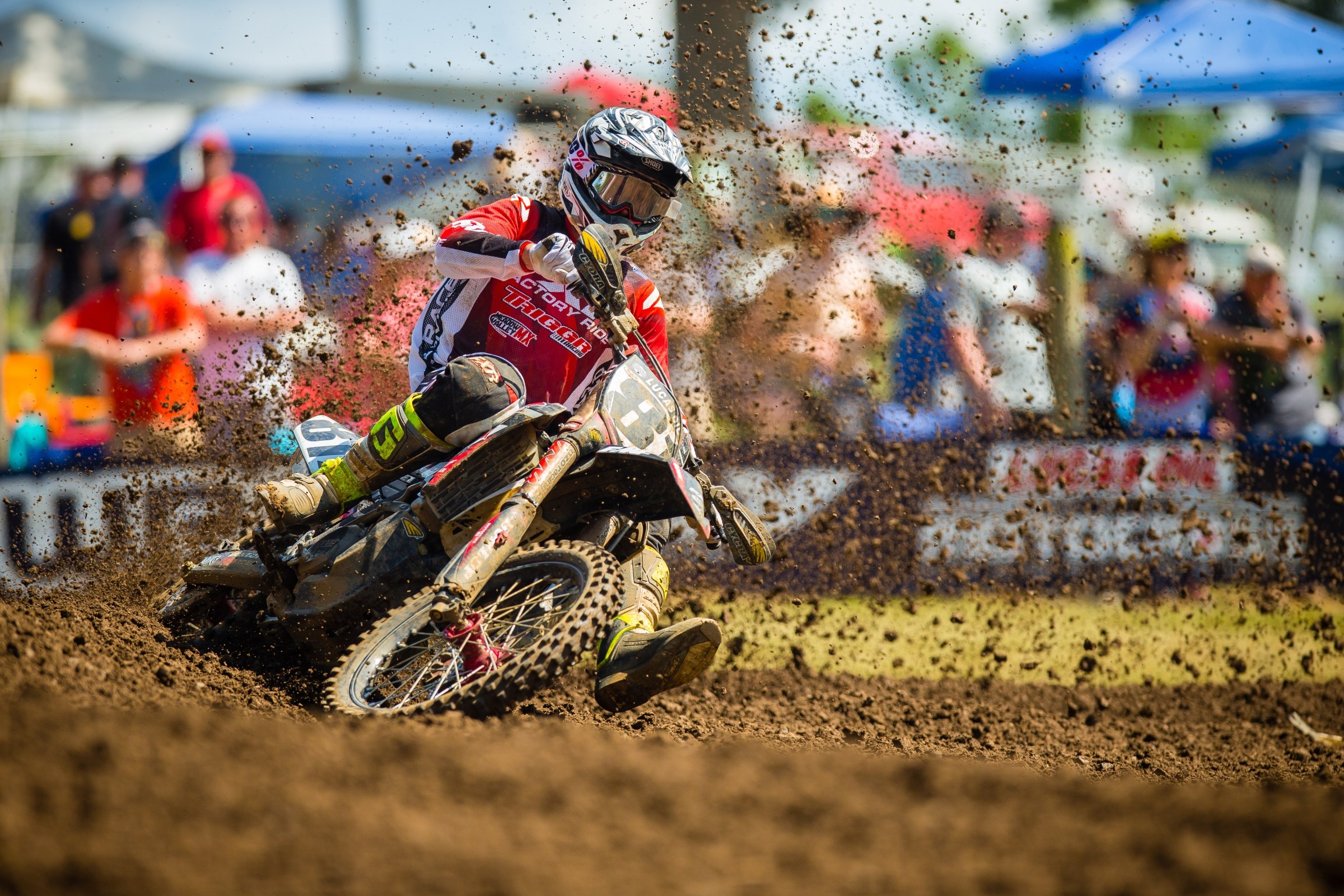 Henry Miller had a rough start to the 2017 Lucas Oil Pro Motocross Championship. After struggling to keep his YZ250F running throughout the races and having the bike issues affect his practice schedule during the week, Miller and his team decided to move up from the 250 Class to the 450 Class last weekend at Muddy Creek.

Moving up to the 450 Class mid-season is a pretty drastic change. When asked what led up to this decision, Miller said, “Well, it's been a fighting battle ever since the first week I was able to ride outdoors, just trying to keep a 250 running has been a big problem. I haven't made a full week of training or a full weekend of racing since supercross has ended. The team and myself were stressed out and running out of things to do. I knew the team owner had a 450 and I just threw it out there and said I wanted to race it. So he got me the 450, I rode it for an hour, and then lined up at Muddy Creek with no expectations because I haven't been on a 450 in almost two years!”

Although he notched his best finish ever at a Pro Motocross race (16th overall), Miller’s weekend in Tennessee wasn’t without incident.

The first issue came when the team began prepping his bike for tech inspection and they found a crack in the frame of his Yamaha YZ450F. Luckily for him, the YZ250F and YZ450F they were using share the same frame geometry, so they immediately began working on swapping all the components from the 450 over to the 250 frame. Other than the motor and electrical components, the bike was exactly the same as the 250 he rode the previous weekend at High Point.

I asked him if the AMA had any issue with the swapping of the frames and he said there weren’t any problems at all because they caught the issue before they went through the inspection.

With such little time on the new bike, Miller rode well finishing with 35-13 moto scores for 16th overall, despite having an issue with his stator during practice and a rock that stuck in his rear brake during the first moto. He said the bike was a handful and his arms were sore for a couple days after the race, but he and the team plan to stick with the 450 for the rest of the season.

As we have seen many, many times in the past, big bike debuts can be tough. So I went back through The Vault to see how some other notable names did in their premier class debuts.

Most of the riders above improved on their debut finishes as the season went on (except for Pastrana) and as the series heads to Miller’s hometown race at Spring Creek, look for a breakout ride from the Rochester, Minnesota, native.

“I'm pretty pumped for that race coming up, even though the track is totally different for the National. Honestly, it [having experience on the track] helps a little bit more with the confidence side of things more than anything. They change all the jump faces, dig it deeper, and, like you said, even add to the track. It's like riding a totally different track.”