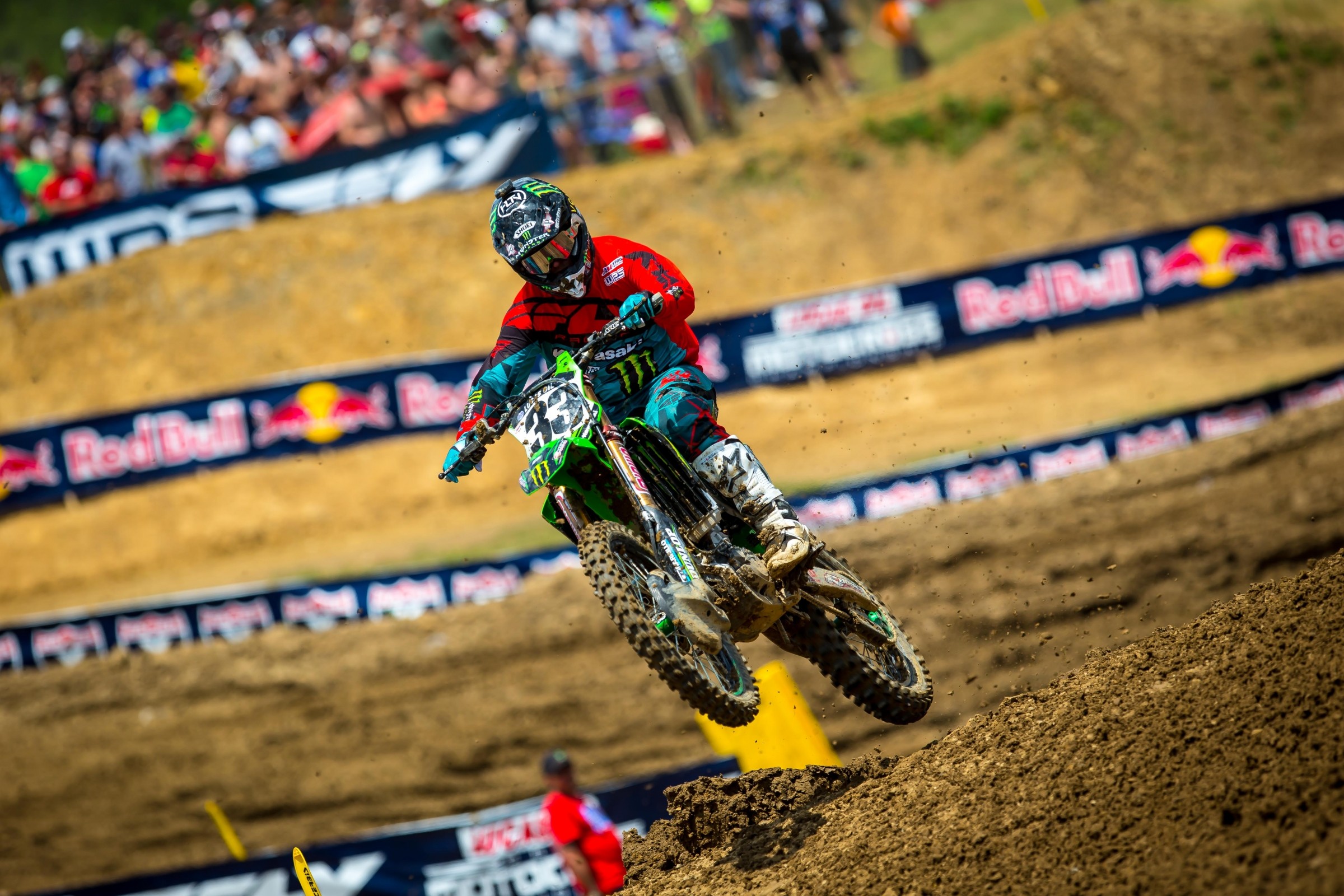 BENNY BLOSS – SHOULDER, HUMERUS | OUT
Comment: Bloss is back on the bike and preparing for a return to racing at Spring Creek.

CHRISTIAN CRAIG – HAND | IN
Comment: Craig’s hand wasn’t quite ready for his initial return at High Point, but he’ll be back this weekend.

Josh Grant – Forearm | IN
Comment: Grant was initially listed as out for this weekend due to a forearm injury sustained in practice at Muddy Creek, but we’ve confirmed he will race at RedBud.

DAVI MILLSAPS – WRISTS | OUT
Comment: Millsaps, who raced supercross with injured wrists, underwent surgery to have them repaired. An exact date for his return is yet to be announced.

MARVIN MUSQUIN – KNEE | IN
Comment: Musquin tore the meniscus in his left knee before High Point. He’s in for RedBud, but the next few rounds will be more about salvaging points than anything else.

PHIL NICOLETTI – ANKLE, HEEL, FIBULA | OUT
Comment: Nicoletti is planning on making it back for Unadilla after fracturing his lower fibula, shattering his heel, and dislocating his ankle during supercross.

Cole Seely - Banged Up | IN
Comment: Seely wasn't able to line up for the second moto at Muddy Creek after crashing with Cooper Webb in the first moto. He will race this weekend.

MATT BISCEGLIA – FOOT, LEG | OUT
Comment: Bisceglia was hoping to be back for RedBud, but won’t be back until Spring Creek.

Sean Cantrell - Banged Up | In
Comment: Cantrell did not finish the second 250 moto at Muddy Creek due to a big crash. He will race this weekend.

CAMERON MCADOO – SHOULDER | IN
Comment: McAdoo missed High Point with a sore shoulder but will be back for RedBud.

Michael Mosiman - Shoulder | Unknown
Comment: Mosiman missed Muddy Creek with a shoulder injury. At time of posting we haven't heard official word from the team on his status for this weekend.

MITCHELL OLDENBURG – COLLARBONE | OUT
Comment: Oldenburg broke his collarbone at Glen Helen when he hit a downed bike. He’s out for RedBud.

JERRY ROBIN – FOOT | OUT
Comment: Robin injured his right foot during the second moto at High Point and will miss RedBud.

JORDON SMITH – BACK/MCL | OUT
Comment: Smith was back for High Point after suffering a back injury in Las Vegas but didn’t end up racing after crashing in practice. We’ve learned that Smith tore his MCL in the crash and he said he will “be out for a while.”