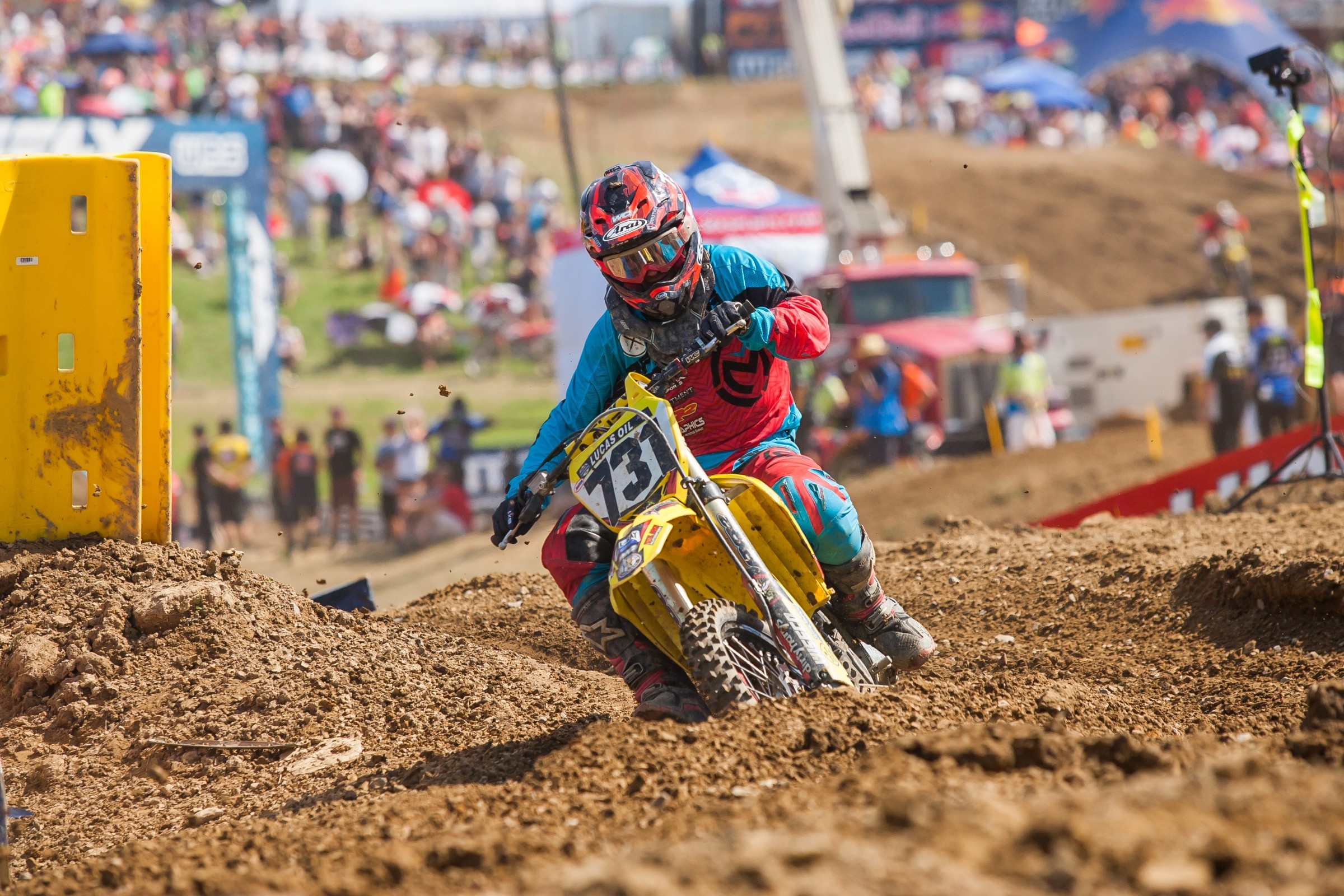 Day jobs. Pro racers usually don’t have them, and it’s even less common for the ones who do to be able to go out and qualify for a National. So based on that alone, you could call Steve Roman, who went 29-29 last Saturday and works at a steel mill during the week, the Racer X Unsung Hero from High Point. But that’s not why he was selected. It’s what happened the next day that makes him the quiet champion of the week. But before jumping to Sunday, let’s rewind to Thursday for some backstory.

Planning on riding press day, Roman arrived at the track with a group of friends. They had initially planned on parking in the pro pits, but since most of them were racing amateur day on Sunday they decided parking in the amateur pits would be better. After settling on a spot they noticed a small rental motorhome next to them sporting a German flag. Roman and his crew eventually got to talking with their weekend neighbors, a mother and her 19-year-old son named Robin Radisch, and learned they were indeed from Germany. Radisch, who’d just graduated from high school, had always wanted to watch a round of Lucas Oil Pro Motocross in person, so as a combined birthday and graduation present, his mom decided to make it happen at High Point. Mother of the decade, anyone?

“It was just a coincidence we ended up next to each other,” Roman says. “We made friends with them and he was excited that I was racing pro, and we got to talking on Friday night in the motorhome and we asked them when they were flying out. Turns out they were planning on staying the whole weekend and flying out Monday night.”

That’s when Roman, who had two bikes with him, got the idea of taking Radisch’s already insanely epic weekend and catapulting it to the next, and unexpected, level.

“I said, ‘Why don’t we get you out on the track for amateur day?’ He looked at me like I was nuts,” Roman laughs. “I had my 250F and I offered it to him but he didn’t think I was serious. He was shocked. I had to convince him! I said, ‘You flew the whole way here just to see it, let’s get you out there riding!’ It really took me and my friend to talk him into it. My friend gave him some gear and I gave him some boots, Scott goggles, and a few other things, and we got him signed up for College Boy. Then on Saturday night, after the pro race, he decided to go walk the track. When he came back he was like, ‘Those hills are a lot steeper than I thought! I’ve never ridden anything like that! The jumps are so big, you’re riding up hills just to hit a jump!’ Even our amateur program was phenomenal to him, and it was really cool to see how much fun he was having.”

As much fun as it was for Roman to finally talk Radisch into racing on Sunday, he says it was even more fun to watch him actually do it.

“His first moto, I was watching him, and his third lap he started jumping these doubles going down the hill. They’re not that big but they’re easy to get messed up on. He got really sideways and went off the track. It was one of the best saves I’ve ever seen! He looked over at the mechanic’s area at me and just started shaking his head and I gave him the calm down signal with my hands. But he’s a racer and he was feeling the groove and he wanted to do it! When it was all over he gave me a big hug and he was like, ‘Man if I had parked just one vehicle over, I would have never gotten to experience this. It’s something I’m going to be able to tell my kids and grandchildren about!’ It was just really cool to be able to give him that experience.”

Thanks to Roman, who did an outstanding job of representing the American motocross community last Saturday, a young racer from Germany literally experienced a lifelong high point at, well, High Point. Of course, without sponsors, Roman himself wouldn’t have been there to do it in the first place, so we’ve got to include Tom at Hillview Motorsports, Bruno at the Department of Power, Scott at Switchback MX, PR2 Suspension, Moose Racing, Arai Helmets, Wiseco, MX Graphics, Mika Metals, Sunstar, Braking, Works Connection, Dirty Harry’s Bicycle Shop, DT1, Yoshimura, John at Scott Goggles, DH1 Mods, FCC Motorsports, Boyesen, Bel Ray, KMS Heating and Cooling, Foundation Station, In the Blood Tattoo, Mike Jones, Roman’s family, and his wife, as co-Unsung Heroes. Well done, everyone.