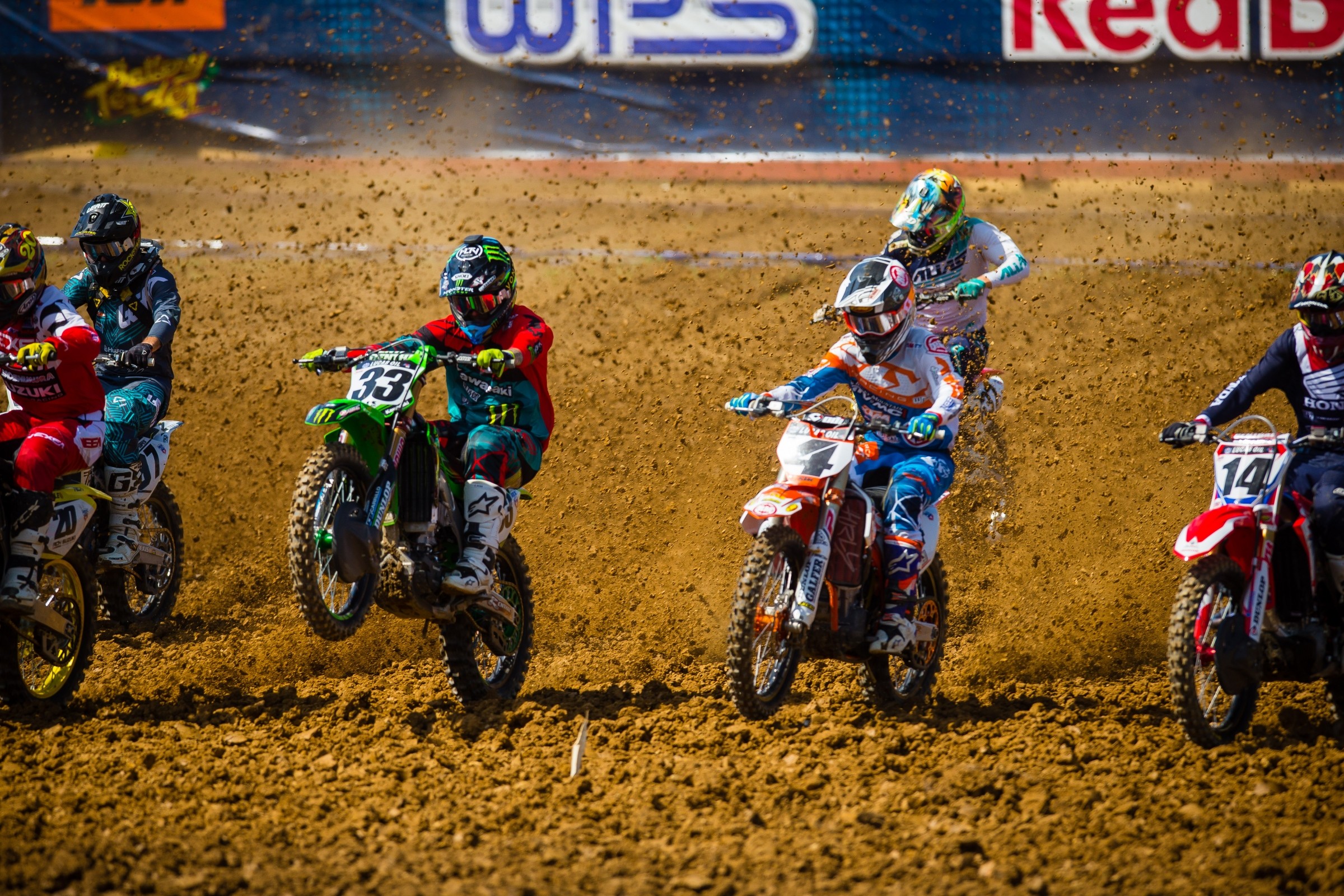 The weekend off between Thunder Valley and High Point was good for the riders as it gave them time to rest and adjust to any mid-season changes they needed to make. It was also good for us because it allowed a couple storylines to marinate, the biggest of them being the battle for control of the 450 Class between Blake Baggett, Eli Tomac, and Marvin Musquin, as all three had gotten an overall win and it looked like El Chupacabra was making a comeback.

After this weekend it looks like Baggett has put himself in a good spot to potentially take the reigns on the season. He's the first rider to get a second overall win this season and he jumped up in the championship points to lead by eight over Musquin, who is now struggling with a knee injury.

At the post-race press conference we asked Baggett what happened in the second moto as it seemed like he was catching Tomac in the middle of the race, but fell back to 20 seconds behind the lead by the end of the moto. Baggett said: "I was going to make a charge for it and try to make a push for it and catch him [Tomac]. Then it went through my mind that I was coming up on the lappers really quick and you pretty much can’t trust where they’re going to go. So I just called it and sort of decided I was going to just ride it in and get a second and just take that on the day. On the days where I need to go, then send it. But today I felt was enough to just get it done."

I rounded up both of their lap times and calculated the gap between them for each lap. Baggett indeed started catching Tomac once he got into second place on lap six and his times did fall off around lap 13. However, Tomac seemed to find a more consistent pace starting on lap eight and could argue that he was simply managing the race. Take a look at their times below.

With such a dynamic championship shaping up so far, I figured now would be a good time to take a look at how the points have developed through the first four rounds.

As you can see, quite a bit of shuffling has gone on in the top 10. Baggett was 22 points down after round one but after his back-to-back wins and inconsistent rides from the other riders, he has worked his way into the lead.

Tomac may have had a rough couple of weekends, but he did get a moto win at High Point and actually closed the gap to the leader in the points by six points.

Jason Anderson is also starting to get some forward momentum. He left round one in a 35-point hole and sat outside the top 10. He now sits solidly in fourth place and has made up a little ground as he is now 26 points down. We'll see if we get even more shuffling happening in the next four rounds or if this top 10 stabilizes.