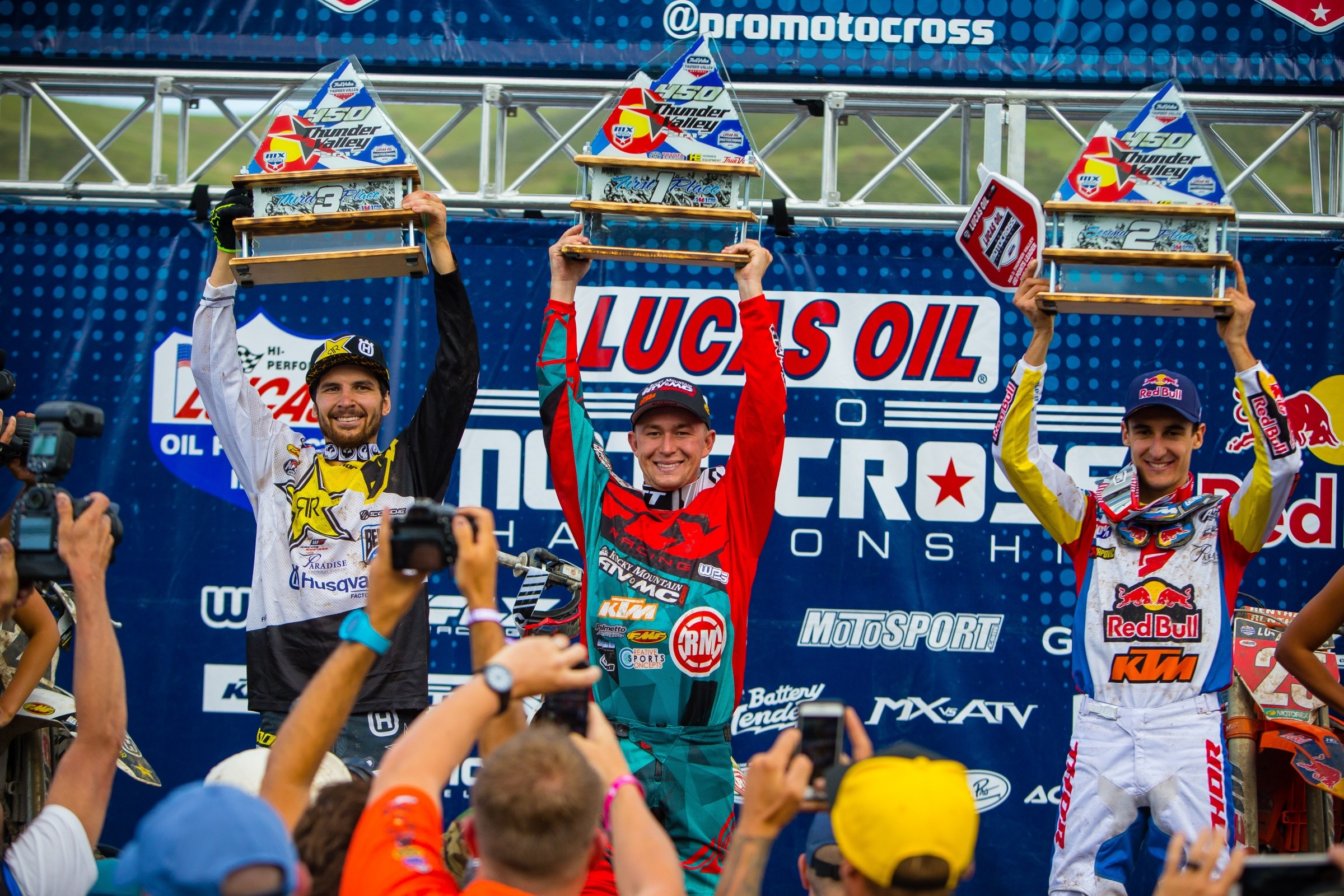 Parity is what every major sports league strives for. The NBA, NFL, MLB, and NHL are located in more than 30 markets and their objective is to keep as many fans interested in the season as possible. The more fans think they have a competitive team, the more games they’ll attend, the more merchandise they’ll purchase, the more they’ll watch on TV. Leagues implement salary or luxury caps to try and maintain a competitive balance.

Motorsports do similar things, with most major series' trying to produce new rules to encourage more winners. Spirited racing is not only good for fans, but riders themselves. It keeps everyone engaged.

Unfortunately, the 450 Class (or the 250 Class in the two-stroke days) is not usually a paragon of parity. The premier class is often dominated by one superstar rider or a pair of superstar rivals, leaving many hopefuls without a win each season.

That’s not the case in this season of Lucas Oil Pro Motocross, which has already produced five 450MX moto winners in the first six motos (Eli Tomac, Marvin Musquin, Jason Anderson, Justin Bogle, and Blake Baggett). To figure out just how impressive this is, we reached 20-seasons deep into the AMA record books to figure out how many riders actually won motos in the big class.

Have a look at the data for this week’s The List and you’ll see that the 2017 season is already in a running to be one of the best we’ve seen in awhile.