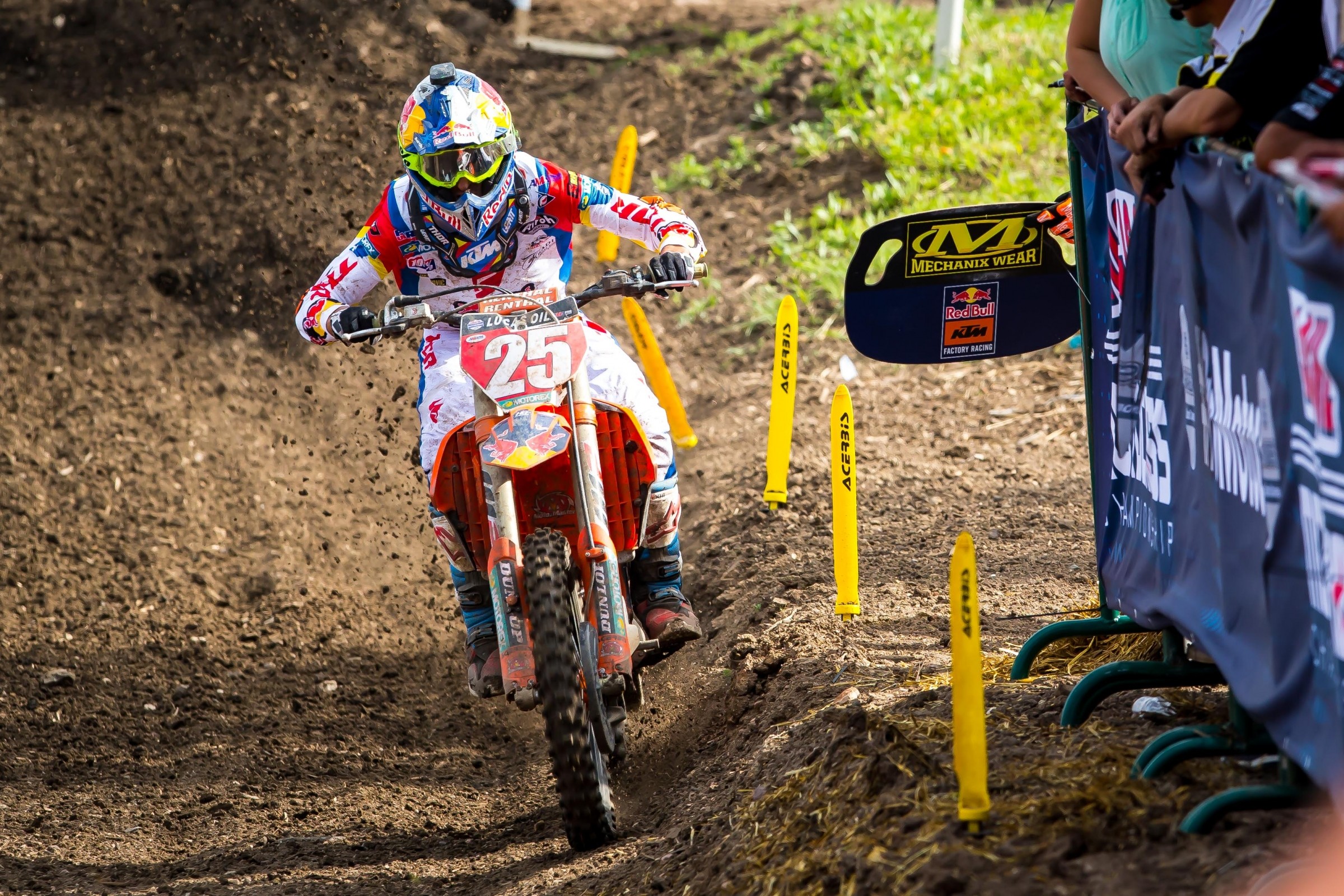 Earlier today Chase Stallo highlighted just how rare it is to have so many different moto winners this early in the season. In both the 250 and 450 classes we have five different winners in just six motos. This past weekend at Thunder Valley was without a doubt the craziest race of the Lucas Oil Pro Motocross season so far. In the 450 Class we saw the resurgence of Blake Baggett, who took his first career 450 overall in dominating fashion. Justin Bogle also set a personal milestone in Colorado by winning his first ever moto in either the 250 or 450 Class.

In the 250 Class we saw great battles within the top 10. At different points in the first moto, six riders could all claim they were the fastest on the track, but at the end of the day it was Joey Savatgy who topped them all in the overall.

Early in the first 450 moto, Eli Tomac had a minor crash going around a sweeper while running in third. He got back up just in front of Marvin Musquin and Baggett and fended them off for a few laps, but they were eventually able to get around him. Once Baggett and Musquin made their way around, Tomac fell off the pace dramatically and lost another position to Justin Barcia. The word is that Tomac was struggling with arm pump so that would explain his late moto fade. Check out his times below.

The first 250 moto was epic. Alex Martin led for the entire race, but he was challenged by his brother Jeremy, Joey Savatgy, Austin Forkner, and Aaron Plessinger at different points of the race. Mitchell Harrison, Colt Nichols and Aaron Cianciarulo were also up front early. There were so many passes going on in the top six that it was pretty hard to keep track of while watching the race. I made this quick animation to illustrate just how jumbled up all the riders were.

Baggett and Musquin probably had the most impressive rides of the day. Both were down in the pileup in the first turn and from what it looks like, they got back on their bikes no further up than 35th place.

I took some screenshots of the crash and highlighted the two riders who were in last place going into the corner. In the last picture of the gallery below, you can see these two riders going past the pileup and there's no one else behind them. It's safe to say Baggett and Musquin were pretty buried in the pack to start the race

By the end of the first lap, Musquin had made his way up to 19th place and Baggett up to 26th. Baggett also logged the fastest time of the moto with a 2:14.512 which was .326 faster than the next fastest time set by Bogle. Musquin ended the race in fourth and Baggett managed to get up to third using sweet lines like these.

Because of Tomac's bad day, Musquin was able to extend his points lead by two points and Baggett was able to creep to within 19 of Musquin. Hopefully we continue this trend of dramatic races throughout the season and this one comes down to the final race at Ironman.