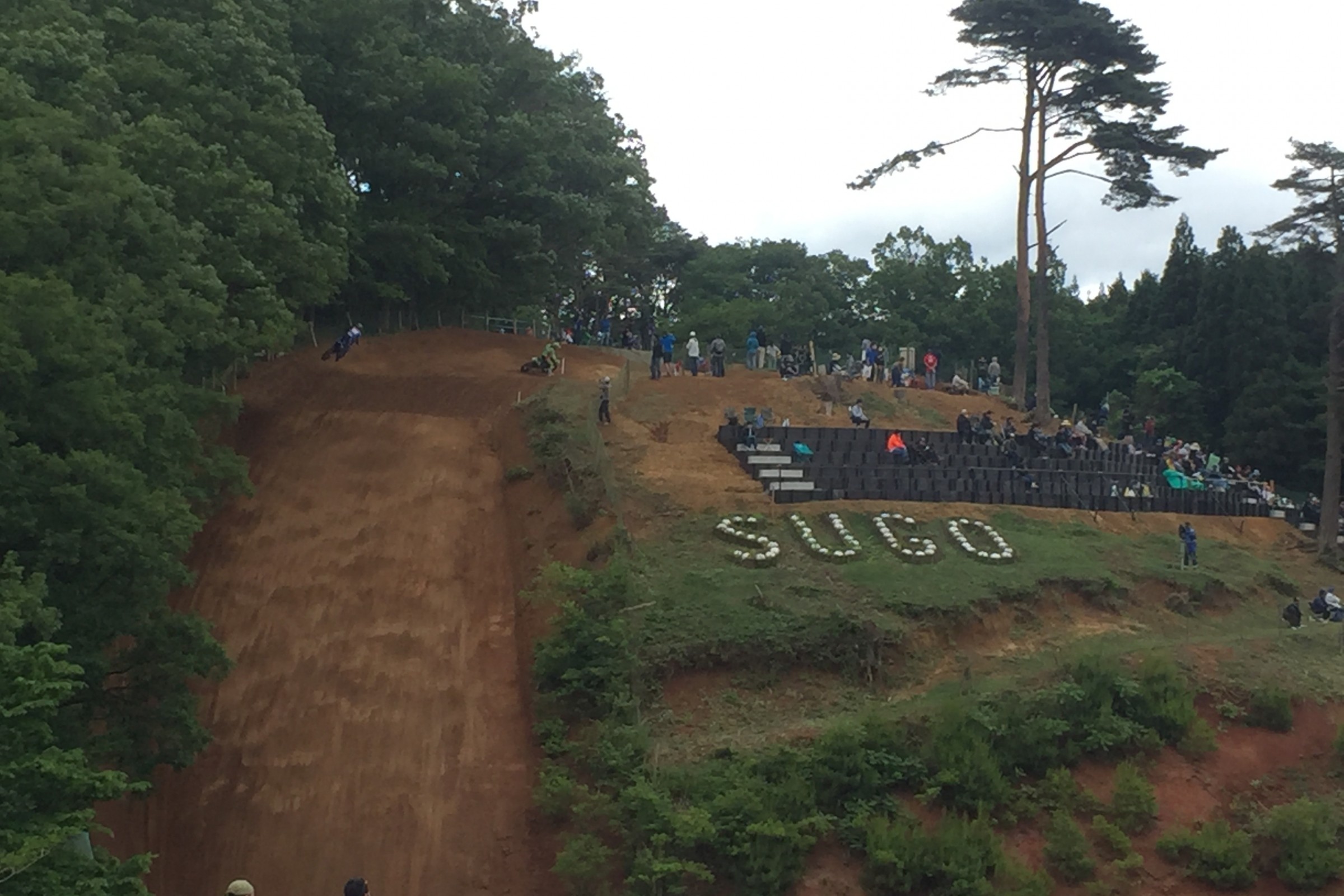 Editor’s note: Our own Jason Thomas is currently in Japan for the launch of the 2018 Suzuki RM-Z450. JT will be updating us throughout his time there, so make sure to check back to this post. Also, we’ll have a huge feature in the upcoming issue of Racer X Illustrated. Subscribe today!

The All Japan Motocross Series

Greetings from Japan! Sunday marked round four of the All Japan Motocross Series from Sportsland Sugo. This being my first time to Japan, I was interested to see all of the works machinery and also check out the pace of the Japanese factory riders. Many former American riders used to come over and raced the series, but nowadays the championship is decided amongst the Japanese. They get to debut all of the newest models and often use equipment that never makes it over to American shores. Case in point, it’s early June and the whole field was racing on 2018 models already. The starting line was nothing but exotica.

As for the race itself, Akira Narita was the biggest name and had his #1 plate to prove it. Outside of that, I was completely lost on who most of the other riders were—the announcing was all in Japanese and all of the literature was, too. I was much more interested in the OEM battle as executives from all of the Japanese brands were there to watch their efforts at work. These races are critical for feedback as these early days give the race teams data to work from. As most of the OEMs will release their bikes this summer in Lucas Oil Pro Motocross Championship, American teams will rely on data collected at races like this to steer their settings. So for Suzuki, the data for the all-new 2018 model ridden by Fukaya today can have huge benefits for riders like Justin Bogle, Justin Barcia, Weston Peick, and Broc Tickle if they decide to debut the 2018 later this summer. Finding a good setting early can be the difference between a successful debut and a day to forget.

A big highlight of Sunday was Ricky Carmichael making a guest appearance on the 2018 RM-Z450. RC and Japanese legend Yoshi Atsuta spun a few demo laps for the fans, bringing everyone to the fences in appreciation. Even at a friendly pace, the two legends’ talent was undeniable. For Japanese fans who watched RC’s dominance from thousands of miles away, it had to be a surreal experience to have him on hand and twisting a throttle.

My biggest takeaway from the day was the passion that the Japanese have for motocross. There is a huge effort here that doesn’t get much spotlight in the good ol’ USA. The Japanese are very proud of their OEM efforts and it shows. The attention to detail to the works bikes is proof of their dedication to innovation. So, the next time you see a new trick piece roll into the production line of your favorite bike, just remember that it is probably old news in the Japanese moto scene.